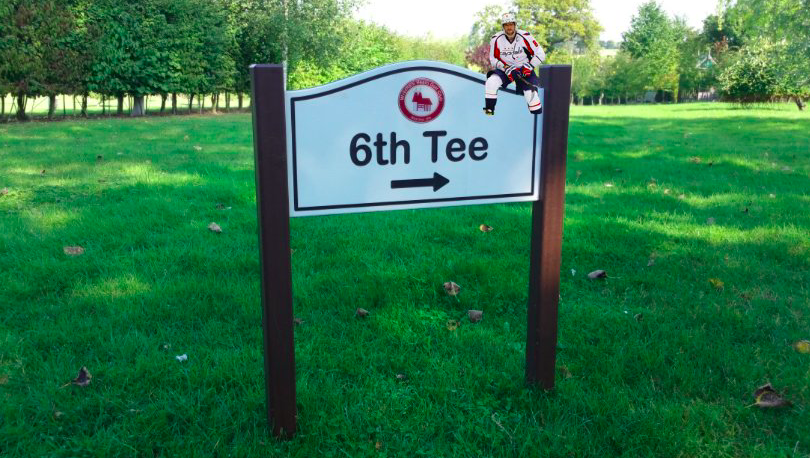 The Washington Capitals have a thing, and that thing is not winning Stanley Cups. We have a thing too, and our thing is pointing that out every chance we get. It all started innocently enough while we were checking in at the Verizon Center on ACC Tournament Tuesday in 2016. 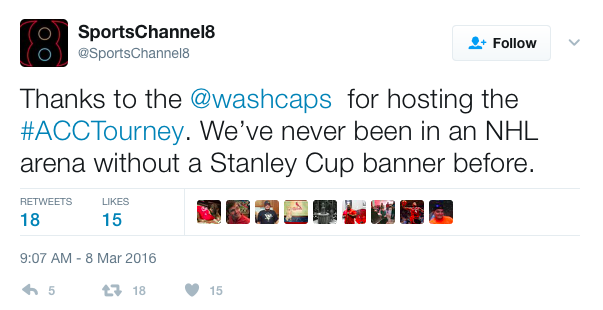 Our heartfelt “thank you” somehow eventually made its way to Caps Twitter, and our mentions started to fill up with questions like “Have you ever been in a sold out NHL arena before?”, and “What’s it like not having a Super Bowl champion?”, and even “Are you a real channel?”. Yes, we are. It’s right in our name. And with that sensitive response from Caps fans, a joke was born.

We’ve used it as a vehicle to report nuggets of local interest, like when our hometown teams are mentioned in the news.

We’ve used it to break news.

And it’s been used to mark moments in history, like the ban on North Carolina due to HB2, and the presidential election. 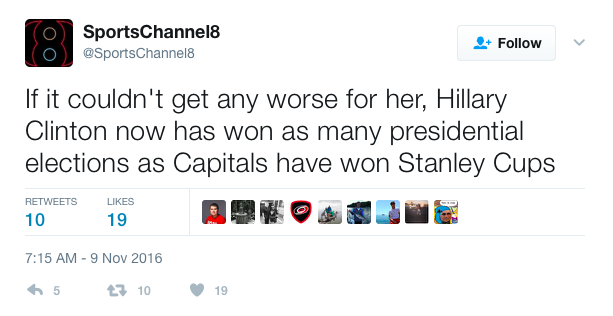 But mostly it’s been used to bring together the community of sports fans and media in North Carolina, which is the core vision of SportsChannel8.

We’ll see you in five months, hockey fans. Which is five more months than the Caps have Stanley Cups.