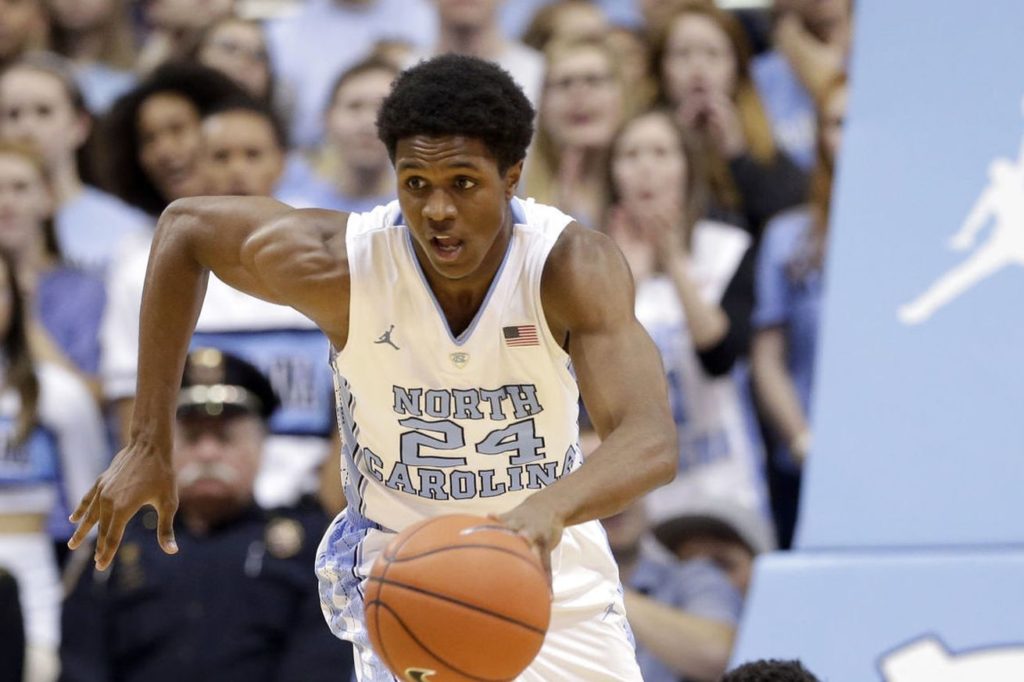 Deep into the second half of North Carolina’s NCAA Tournament Second Round game against Arkansas, the Tar Heels needed something.

The Razorbacks erased a 17-point deficit, taking a lead by draining timely 3-pointers and stifling Carolina’s offense with an aggressive press and a zone that forced guards to take deep contested shots. The Tar Heels needed perimeter defense, a smart passer who could step outside and make a tough shot.

Ultimately, the heroes came late in the form of Kennedy Meeks and Isaiah Hicks, two players who saw their college careers flash before their eyes before respectively delivering a gigantic putback and a dunk and clutch free throws in the game’s final stretch.

They rightfully received attention in the locker room after the game, along with ACC Player of the Year Justin Jackson and indispensable point guard Joel Berry. Media swarmed Theo Pinson, asking about a tight close-out on a 3 after the final media timeout. Reporters asked Nate Britt about how close he was to ending his career as a Tar Heel.

Roaming around the room, however, and joking with teammates that weren’t particularly getting hounded with questions, was an integral part of this roster for the majority of the season. Everyone saw him, but few, if any, spoke with him, to the point where he joked if anyone had questions for him.

He’s an intense perimeter defender, a smart passer and, in flashes, a lights-out perimeter shooter.

His name is Kenny Williams, and in the chaos that ensued in the postgame scrum, he sat watching on the sideline, just like he did on the floor of Bon Secours Wellness Arena just moments prior.

“I was on the bench shaking,” said Williams. “I didn’t know what to do.”

Williams has now missed 10 games since suffering an injury in practice before a February 15 win at N.C. State. The sophomore guard found himself thrust into the starting lineup when Pinson broke his foot before the season started.

Now, the roles are reversed at the worst possible time for Williams, and he is forced to embrace a new role, one that revolves less around suffocating defense and more around motivating his brothers.

That was the case tonight, and in an arena that emanated dread for the majority of the second half, the sophomore bore the burden of optimism.

“Guys tend to get down if something goes their way,” the Virginian said. “Just positive energy.”

It’s not his first choice, but it’s his only choice. And in a win-or-go-home game down to the wire, it stings a little more when you’re confined to the bench.

“That’s every game… But a battle like that, it’s definitely a lot more want-to to be out there,” Williams said.

Williams didn’t, and probably won’t, get his chance to be the hero that Carolina needs this March. The ball won’t find its way into his hands as the clock winds down, and he won’t be locked in on the perimeter with the game on the line.

Instead, he’ll sit, just like you and me, and watch with nervous anticipation.

His season is likely over. But for his teammates, the dream lives on.