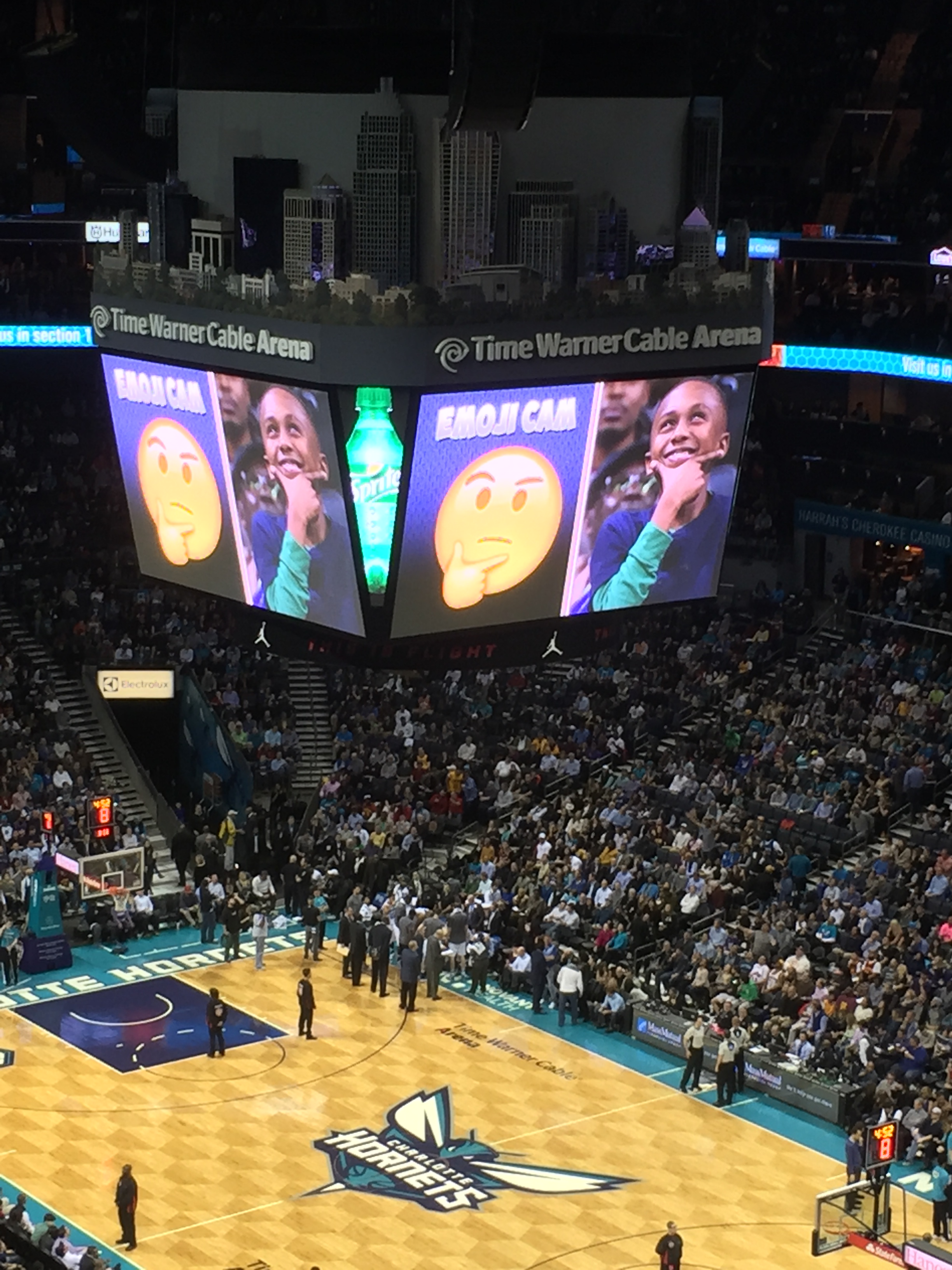 Wednesday night the Cleveland Cavaliers — under new head coach Tyronn Lue — entered Charlotte for a midseason meeting with the Hornets riding  a five-game win streak, including back-to-back victories over San Antonio and Indiana. Since the dismissal of David Blatt, there’s been a positive buzz surrounding the team; words of a players-only meeting and turning the proverbial corner have followed last season’s Eastern Conference champs. The Hornets would be without their star guard Kemba Walker, too, who missed his first game of the season due to knee troubles. The Cavs seemed poised to steamroll the Hornets in Buzz City. That, however, was simply not the case.

At the half, Charlotte trailed by nine points, but the final twenty-four minutes of action, especially the third quarter, would be all theirs. The Hornets were once again led by Jeremy Lin — who continues to have a terrific season during the initial and opt-out year of his contract with Charlotte. The Harvard product finished with 24 points on just 13 shots.

Lin was a little sloppy with the ball — committing five turnovers, including two on consecutive possessions in the fourth quarter, which helped Cleveland cut into the lead. But every ounce of his playmaking was needed tonight, especially sans Kemba, and he was relentless in attacking the rim, both in the half-court and in transition. Lin assisted Marvin Williams on a cutting layup during Charlotte’s first possession, and finished with eight for the evening. He also got to the line, where he with 8-11 from the charity stripe.

This doesn’t need to be mentioned again — but here we go: Michael Kidd-Gilchrist is a bad ass, and it’s fantastic to have him back. After a nasty shoulder injury back in October, which caused him to miss the first 46 games of the season, MKG has returned. The Hornets have gone 2-1 since their defensive general rejoined the fray, and he was fantastic tonight. MKG slapped up his second straight double-double: 11 points and 13 rebounds. Most importantly, though, he made things extra tricky for Cleveland’s alpha and omega, LeBron James.

MKG, who played a team-leading 36 minutes (he also ran a team-high 2.57 miles, according to NBA.com’s player tracking), tracked LBJ for most of the night; he’s perhaps one of a handful (at the most) guys capable of checking Bron one-on-one (Kawhi Leonard, Paul George are two other examples that quickly come to mind, too). It was clear from the get-go that MKG was amped for the matchup and to be back out of the floor; he let out several displays of emotion, which the crowd at Time Warner Cable Arena gleefully picked up on (very cool to see this in-person).

LeBron got his because he always does — somethings are just a given, but his 23 points didn’t come easy. He need 21 shots to reach that total — not his normal efficiency. James registered six assists — two of which were jaw-dropping finds of open three-point shooters. But Cleveland scored only .94 points per possessions with LeBron on the court; this is a huge win for Steve Clifford’s squad.

For the record, the Hornets held the Cavs to .92 points per possession when Kidd-Gilchrist was on the floor.

As you can see courtesy of his shot chart from NBA.com, LeBron only had success at the rim — which is mostly consistent with how he’s been shooting this season: 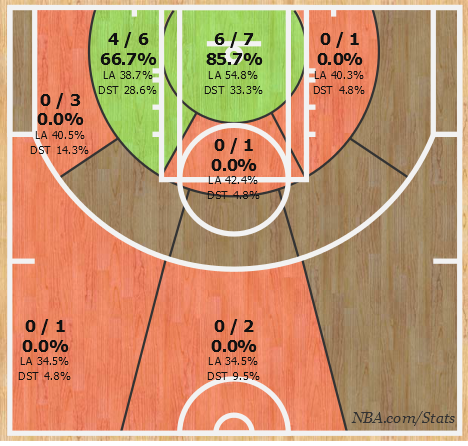 A couple of those makes where easy slams he had at the rim — one on a fastbreak after he pushed Brian Roberts aside like a rag doll (a play that visibly angered Michael Jordan), the other when Cody Zeller completely botched his assignment on a pick-and-roll in the fourth quarter. Again, LeBron’s always going to get his points, but Charlotte — MKG in particular — made the King work for those buckets. That’s super difficult to do. Good stuff.

Lin and MKG took over in the third quarter, but it wasn’t just those two, though; a balanced effort got the job done. For the game, five players scored in double figures, and the Hornets assisted on 26 of their 39 made field goals. Rookie big fella Frank Kaminsky put together another nice performance: 15 points, 7-8 shooting, and six rebounds. However, his pinnacle (Cam voice) moment of the night came when he simply chuckled while Spencer Hawes got into it with Cavs swingman J.R. Smith.

Best part of Hawes-Smith scuffle, Kaminsky was just standing and laughing at it.

Now, on to the next one: In the second contest of a four-game homestand, Charlotte will host a Miami team on Friday night that has Dwyane Wade and Chris Bosh playing at all-star levels, and picked up a nice win on the road tonight at Dallas. See you then.