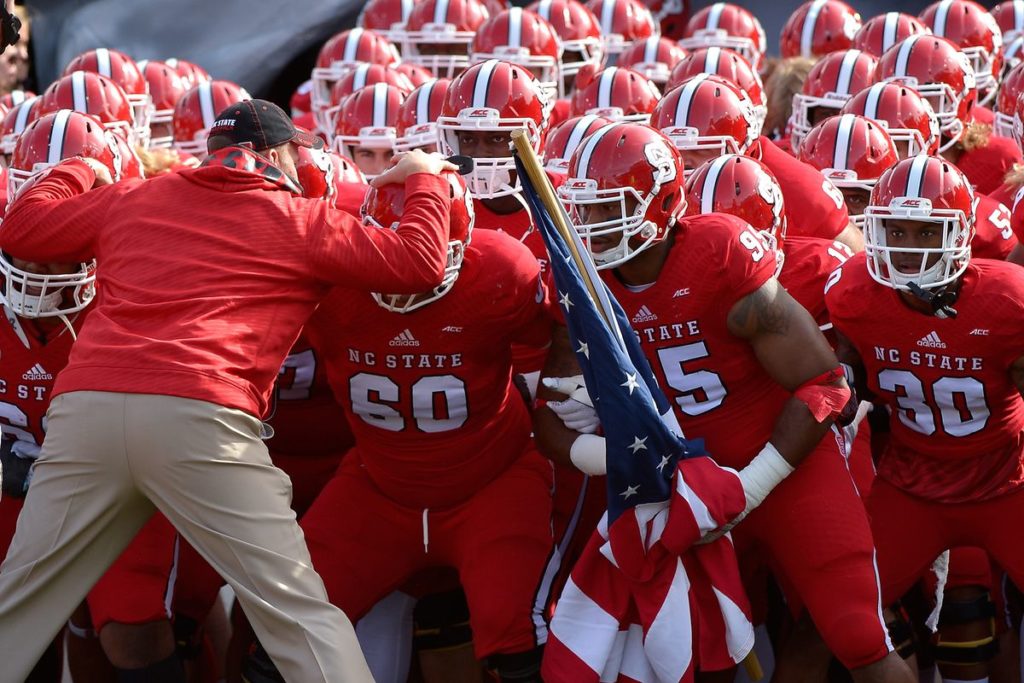 Why? NC State is actually really good. Pitt is not good.

What people are talking about? State fans not being used to this position are having all kinds of conversations right now. Might NC State be the best team in the ACC Atlantic? Could they actually beat Clemson and make the ACC title game? OMG which dumb game will they lose?

What should people be talking about? This coaching staff knows how to put a group on the field week in and week out regardless of opponent, and have them ready to play. Even in a game where NC State was sloppy in the first half, halftime adjustments made for a rather smooth victory. While NC State may not beat Notre Dame or Clemson, they are definitely a good team now that can beat many teams in many different ways…well except by kicking field goals but who likes to kick anyway? #NeverKick

What’s next? NC State gets a much needed bye before a 2 game stretch (@ Notre Dame and home vs Clemson) that will define whether they are ACC title/longshot CFP playoff bound OR if they will just have a solid, nothing to complain about season that could end in 10 wins.

State fans be like this sitting at home next Saturday on a bye, 6-1 pic.twitter.com/s6sPPx3T1b

“8 is wild”: Scotty McCreery feeling himself