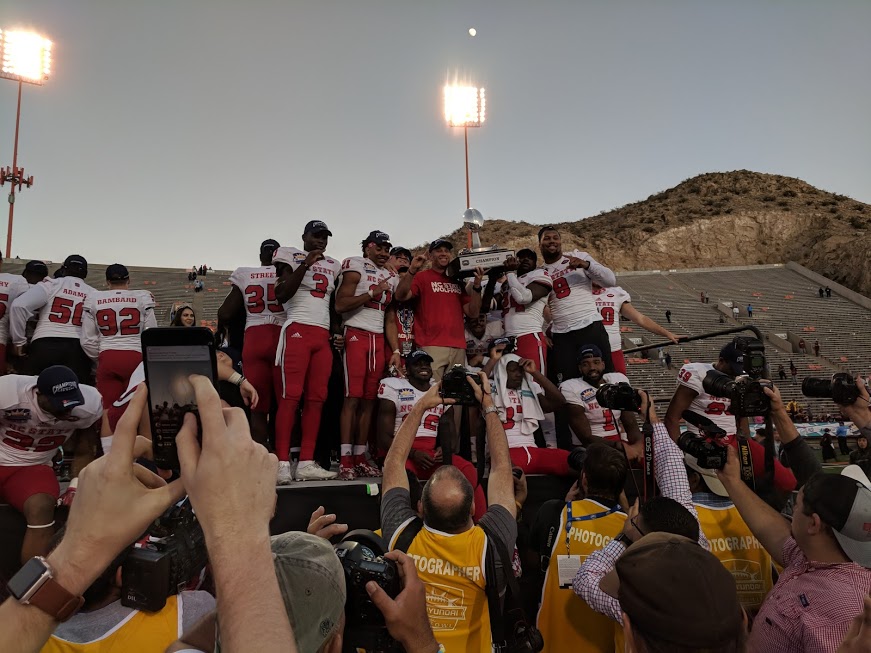 NC State defeated Arizona State 52-31 to finish the season 9-4 and cap off a perfect 5-0 bowl season for schools from North Carolina.

Nyheim Hines scored 3 first half touchdowns to set the tone, but NC State was dominant in all phases. No punts for the Pack in the first half, no points allowed by the State in the first and third quarters, winning the turnover battle. Oh, and Todd Graham was still coaching ASU.

Did we mention that was the state of North Carolina’s FIF bowl win this season (against no losses)?

Bradley Chubb not playing. Though it was finally revealed the day of the game, an unofficial media member poll last night indicated no one believed he was going to play. NFL-bound players skipping bowl games is a bigger issue than just one player. WTVD’s Mark Armstrong caught up with Chubb on the field before the game to ask him about it.

Bradley Chubb on his decision to sit out the Sun Bowl pic.twitter.com/cAiN3sNOdI

Chubb is gone, but who else will be back. And can the Wolfpack be better next season than they were this year? No one is gonna talk about this bowl game. Solid win, solid trip for the Pack, but all current discussions revolve around what’s next for Dave Doeren’s program.

NC State’s season is over. They open the 2018 season on September 1st against James Madison.

That last one ain’t pending any more. That’s a winning ticket.