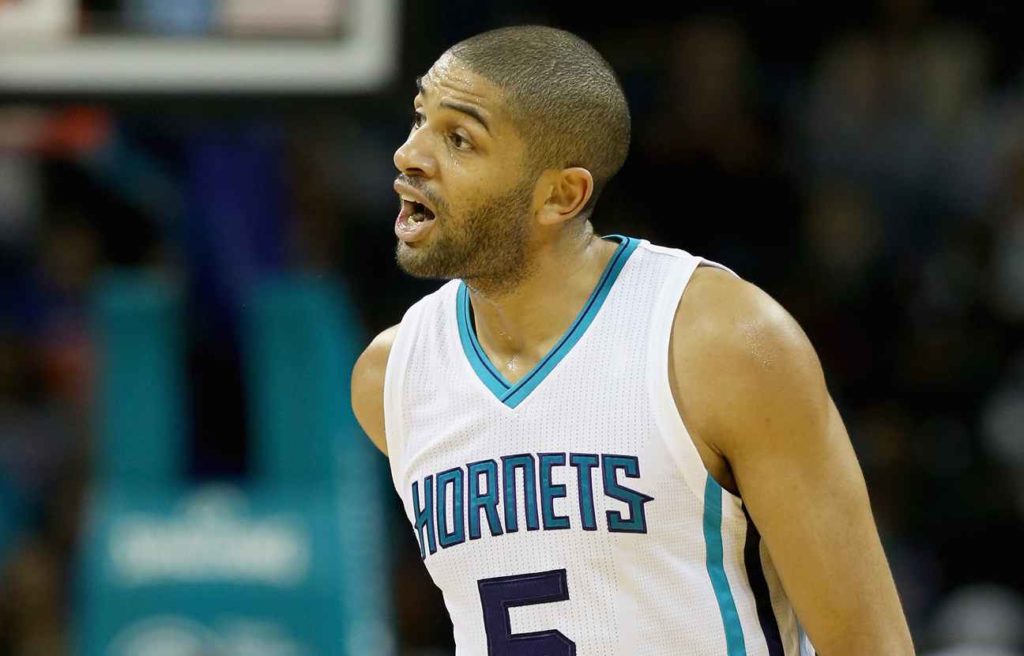 We are only six weeks into the 2017 half of the NBA calendar for this season. However, for the Charlotte Hornets, it has felt a lot closer to six years.

The Hornets have struggled in recent weeks, especially without Cody Zeller in the lineup, which I detailed two weeks ago. Unfortunately, this team’s problems run deeper than just one important player missing a significant amount of time. As good as Kemba Walker has been this season — and he’s been damn good — too much is asked of the hyper-talented pick-and-roll menace on a nightly basis. Kemba has played his way to his first All-Star game selection, but he needs more scoring help around him.

Charlotte has won just five of its last 20 games. The playoffs, which seemed like a given as recently as late December, are quickly slipping out of reach. The bench has received its allotment of criticism for the backslide, and deservingly so, but there has also been a fair amount of finger pointing in the direction of Nicholas Batum, the team’s second best player. Many seem to think Batum, in year one of a new contract, has taken a step back. That, however, isn’t necessarily the case.

Batum has largely been the same player as a season ago — when he earned himself that five-year, near-max contract. Tales of his regression have largely been a myth. In fact, all of his catch-all advanced numbers reflect a slight improvement: Player Efficiency Rating, Win Shares per 48 minutes, Box Plus/Minus, and ESPN’s Real Plus/Minus. Batum has also seen an increase in some areas of his shooting.

The biggest difference has come from inside the arc, though. This is obvious area of decline, and something Batum critics can point to: Inside 10 feet:

On field goal attempts within 10 feet of the basket, Batum has seen his shooting rate drop nearly 10 percent.

Batum’s improved overall efficiency comes not just from the uptick in accuracy from the perimeter, but also because the former Trail Blazer has been able to cut his turnovers and get to the line more. Batum’s turnover rate has dropped to 15.9 percent — his lowest figure since the 2011-12 season in Portland. A year ago, Batum posted a turnover rate of 17.6 percent.

According to Basketball-Reference, 21.3 percent of Charlotte’s possessions end with Batum shooting, getting fouled or turning the ball over when he’s on the court. That’s an almost identical usage rate to a season ago (21.4 percent); however, Batum has chucked way more from the free throw line during his second season in teal and purp. In 2015-16, Batum attempted just 2.7 free throws per game — 3.9 per 100 possessions. Batum now attempts 3.8 free throws per game this season — 5.5 per 100 possessions.

In 19 fewer games, the Frenchman has already attempted and made more free throws this season than he did in all of 2015-16. You could easily make the case that Batum has actually improved on the offensive end this season.

So, why do some people believe that Batum has taken a step back? Well, I think the answer to that is two-fold, and rather simple.

For one, Batum is in the first season of a five-year $120 million deal; the Hornets and the franchise’s star wing came to terms on that contract in the early hours of free agency — last July 1st. It was hailed as a wonderful deal for both parties, and another sign that GM Rich Cho was earning his keep. Batum could’ve driven a harder bargain and asked for an extra $30 million. That didn’t happen, and instead, Charlotte got its top free agency priority to sign for below market value.

The deal was and still is good. This is absolutely not a knock on Batum or his lofty salary; he is worth every damn penny coming his way. But, fair or foul, it raises expectations. Here’s the problem with that flawed paradigm, though: increases in production don’t necessarily correlate with a bump in pay.

Secondly: Complicating matters is the fact that Batum’s resigning happened concurrently as the Hornets waved goodbye to three additional players in free agency — all of whom contributed significantly to the team’s 48 wins last season: Courtney Lee, Jeremy Lin and Al Jefferson. Cho, working with limited resources, bet low on minor free agency replacement: Ramon Sessions and Roy Hibbert. Neither player has come anywhere close to filling the gaps. Hibbert is now a member of the Milwaukee Bucks.

Batum’s jump in pay occurred just as others were exiting. This, I believe, made many think that we should see an increase in Nic’s counting statistics, and that just hasn’t happened.

What was a top 10 offense a season ago has slumped to the middle of the league — ranking 14th in points per possession. Too much has fallen on the shoulders of Walker; when Kemba sits, Charlotte fails to even score one point per possession — a distinction he shares with only one other Eastern Conference point guard (John Wall). Batum, on the surface, appears to have the ability to bump up his scoring, and become a more potent second option: He’s a big wing who shoots threes at an above-average clip.

That’s just not who Batum is, though. He’s a wildly unselfish player — perhaps to a fault at times, like in the final seconds against the Clippers on Saturday, when he passed up a wide open three late in the game that resulted in a turnover. Batum is the bridge — a connector — and his floor vision is on display on a nightly basis — whipping gorgeous pocket passes off pick-and-rolls, and hitting cutters in stride to the basket.

The aggression and mentality to take over the scoring column just isn’t quite there every night.

If Zeller can stay healthy, Charlotte still has a chance to make a run at the postseason. It would help, too, if Batum could sharpen up on his two-point field goals. Of course, danger lies with chasing the eight seed; that’s a ticket to get swept by LeBron James and the Cavs in round one. It will be interesting to monitor Charlotte’s movement leading up to the trade deadline. If the Hornets continue to slump, do not be surprised to see the team become sellers at the deadline. This isn’t what Cho, Michael Jordan and Steve Clifford want, but it may be the right option. If so, Batum would be one of their best potential trade chips.