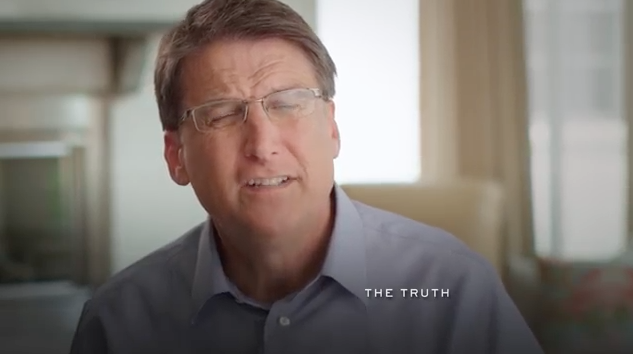 Without further ado (and in no particular order), here is the final installment of our eight worst North Carolina sports moments of 2016.

It’s funny that the obvious choice to end this list actually had nothing to do with sports when it was first signed into law.

The bill was pushed as a response to an ordinance from the Charlotte City Council that protected the LGBT community from discrimination. Included in this ordinance was access to public bathrooms under a person’s identified gender.

This specific portion of the Charlotte ordinance outraged the NC General Assembly, who called for the special session. It’s worth noting: Governor McCrory did not call for that special session to happen out of fear of going beyond the bathroom issue.

Let’s watch NC Senator Jeff Jackson give play-by-play of that in real time.

This bill eliminates every non-discrimination ordinance in the state. #WeAreNotThis pic.twitter.com/coNYYrOM7x

So yeah, the NCGA took it well beyond any bathroom issues, opening the LGBT community up for legal discrimination and minimizing protections for other forms of discrimination, and McCrory inked his name onto the document and the bill into law with the swoop of a pen.

Then came the aftermath.

Within the first month, PayPal, Deutsche Bank, Bruce Springsteen, Ringo Starr and 13 conventions pulled out of the state in response to the bill. Ironically, Charlotte itself would find itself bearing the brunt of the impact despite passing the initial ordinance to enhance LBGT rights in the city.

What happened later, however, is where SPORTZ comes into play.

On July 21st, the NBA pulled its All-Star Game out of Charlotte after threatening to move the event for months after HB2 was signed. The league demanded the law be changed, and North Carolina lawmakers dug their stubborn heels in the ground to defend discrimination.

McCrory and the NCGA puffed out its chest against an organization that established its zero-tolerance policy for discrimination previously under its new regime, and lost. As a result, basketball fans in the state lost the best players in the world coming to Charlotte for an entertaining weekend of spectacle after spectacle. Once again, the City of Charlotte lost out on millions of dollars of revenue because of a bill its lawmakers opposed vehemently.

And maybe most heartbreakingly of all, we won’t get to see Walker, Charlotte Ranger make his All-Star debut at The Hive.

And now for the PREMIERE of Walker Charlotte Ranger ? RT to #NBAVote @KembaWalker for @NBA All-Star 2017!

The outrage wasn’t just limited to professional sports, however.

On September 13th, the NCAA pulled seven different championships out of North Carolina in the 2016-17 academic year, including the first/second rounds of March Madness in Greensboro and the women’s soccer College Cup in Cary.

It’s worth noting that all three Triangle teams had legitimate chances to play in front of virtual home crowds in Greensboro, and the UNC women’s soccer team had to travel to California for its College Cup appearance instead of staying at home.

The move by the NCAA applied pressure to John Swofford and the ACC to follow suit, and the conference did that. Just two days after the NCAA pulled events, the ACC removed all neutral-site championships from North Carolina, most notably the football championship game from Charlotte and women’s basketball tournament from Greensboro.

Because of this, HB2 also negatively affected residents at the north and south borders of the state, as Virginia Tech and Clemson fans were forced to travel much farther down to Orlando for the game.

HB2 was and still is an absolute failure by the NCGA, and the repercussions may not be over yet. The NCAA and ACC’s championship bans only span this academic year, but more events could be removed from the state if the law isn’t altered or repealed altogether.

And as the NC GOP showed earlier in December, it appears HB2 won’t be going anywhere, even if promises were made to get the job done.

It’s important to understand where outrage should be directed in this situation. It’s easy, almost instinctive, to cry foul at athletic organizations for making a “political statement” in response to a state’s government. “STICK TO SPORTS” is a guttural reaction to dirty politics bleeding into our precious games, and I’m just as frustrated as anyone else that Charlotte won’t finally have the entire basketball world focusing on it in February.

But these are organizations that openly preach cultivating an inclusive environment for everybody regardless of race, religion, sexual orientation or gender identity. That’s not bipartisan spiel; Treating people with equal respect, even if they aren’t exactly like you, is basic human decency.

HB2 does not stand for that. HB2 stands for enabling discrimination. It’s written right into the law. As much as people wanted so desperately to call this “The Bathroom Bill” in 2016, that was only the first portion of the bill. HB2 explicitly states that an employer can fire you for discriminatory reasons and that you cannot sue for it in state court. That’s not equality. That’s legalized prejudice.

HB2 stands for an increasingly corrupt state government taking every shortcut possible to maintain its power and control over North Carolina. The NCGA cries BIG GUMBENT OVERREACH any time the Obama administration or federal courts address what happens in the state, but it also overreached with HB2 to shut down a Charlotte ordinance that, again, sought to enhance LGBT rights in the city.

But while this was the story that defined 2016, there is hope yet that North Carolinians can still bring change to their state. Because the state racially gerrymandered districts, a federal court has ruled that North Carolina must redraw said districts and hold special elections in 2017.

Pat McCrory did sign the bill and lose the N.C. gubernatorial election, but he was far from the only person to hold accountable for HB2. In fact, you can find an entire list of people who did vote for it right here. I implore you to see where your representative stood.

If you’re angry about losing your sports because of intolerance, and I know I am, this is how you cultivate change. You don’t get mad at the leagues who openly offered the state a way out. You don’t get mad at a marginalized community for demanding equality. You be the change you want to see.

Or, you can #StickToSports and ensure more of the same in 2017.

Credit to Charlotte Magazine’s post right here for the timeline of events and the News & Observer and Charlotte Observer for spot-on coverage.