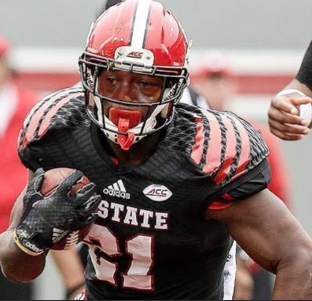 Without further ado (and in no particular order), here is the first installment of our eight worst North Carolina sports moments of 2016.

8. Boston College at N.C. State (Either of Them)

Boston College entered 2016 riding the one of the most impressive streaks in ACC history: A football and basketball losing skid that spanned more than a full calendar year.

This wasn’t just your typical lower-tier Power 5 program; This was athletic futility at its absolute zenith. The Eagles lost close games. The Eagles lost blowouts. The Eagles refused to score when their defense did nearly everything possible to avoid defeat.

So when Boston College traveled to PNC Arena to take on a disappointing N.C. State squad on March 2nd, you could feel something special brewing. The unstoppable force of B.C.’s #PursuitOfDP clashing the immovable object that is N.C. State Shit.

The Eagles charged out to a 13 point lead in the first half, flexing whatever muscle they could muster all over the Wolfpack. This was Cat Barber Do Everything SZN, though, and the junior scored eight straight points to pull the Pack within two scores at half.

N.C. State clawed back in the second half, tying the game three times before finally pulling ahead to set up a climactic finish.

With 1:13 to play, Garland Owens tied the game, and Boston College found itself at the line with a chance to take the lead with just 14 seconds on the clock. Destiny sat in the hands of Raleigh native Jerome Robinson.

Robinson walked up to the line, history hanging in the balance. He dribbled, knowing the stakes.

Robinson recovered and made the second free throw, and the Eagles had 14 seconds to cling desperately to a 72-71 lead.

This was one of those ACC games. A 9 p.m. tip on the ACC Network between two locks for #TurnUpTuesday in Washington, D.C.? Only the undisputed Queen of #goacc Lauren Brownlow could truly appreciate what transpired on that fateful night.

But while N.C. State won that game, the onus fell on the Wolfpack football team to keep the streak alive nearly nine months later on October 29th.

The Wolfpack entered this homecoming Saturday fresh off the most confusing two-game stretch of the season: a 7-point overtime heartbreaker at Clemson followed by a sheer #beatemdown at the hands of Louisville. Boston College came into the contest still being Boston College.

What took place over those four quarters that afternoon at Carter-Finley Stadium should probably never be spoken of again, but this is a masochistic series, and I admittedly take just a tad bit of joy in these kinds of things happening to my friends in Raleigh, so let’s just recap it anyway.

Let’s start this game from the very begi–

Did I mention this was an ACC Network noon kickoff special yet?

N.C. State finally woke up and scored on a 79-yard touchdown from Ryan Finley to Bra’Lon Cherry. WOLF!

The Wolfpack turned the ball over almost immediately to start the third quarter. B.C. capitalized with a field goal. Finley throws an interception in Eagles territory. Boston College returns the favor the very next play. State makes them pay on the NEXT play with a 26-yard touchdown to take a 14-13 lead.

Are you still following all of this?

The Eagles proceed to take the lead back with TRICKERATION~!

BUT NOT SO FAST!

Noted Good Things Doer Nyheim Hines took the ensuing kick into Boston College territory, and the Wolfpack drive inside the 10. It’s 3rd and goal at the 3 yard-line. Ryan Finley drops back, fires, and…

This was a really, really bad series of games between two victims of the dreaded Atlantic Division meatgrinder, and while some games are so ugly that they’re considered performance art, this was simply putrid.

While N.C. State basketball certainly struggled last season, the Wolfpack (much like the Tar Heels) should have run Boston College out of the gym from the get-go. At the very least, Maverick Rowan got his “FU” moment for the haters, I guess.

But football? Man. That’s one of the worst losses by a Triangle team in a loooonnng time. It’s worth noting that Boston College did actually earn a bowl bid this season, but to become the first football team to lose to Boston College since 2014 is a cruel form of embarrassment for a team that showed signs of so much more throughout the season.

Dave Doeren did eventually save his job (and the season) by clinching a bowl bid against North Carolina on Black Friday, but if the program doesn’t see tangible improvement in the next year, this will be the game fans (and possibly administrators) easily point back to for a coaching change.