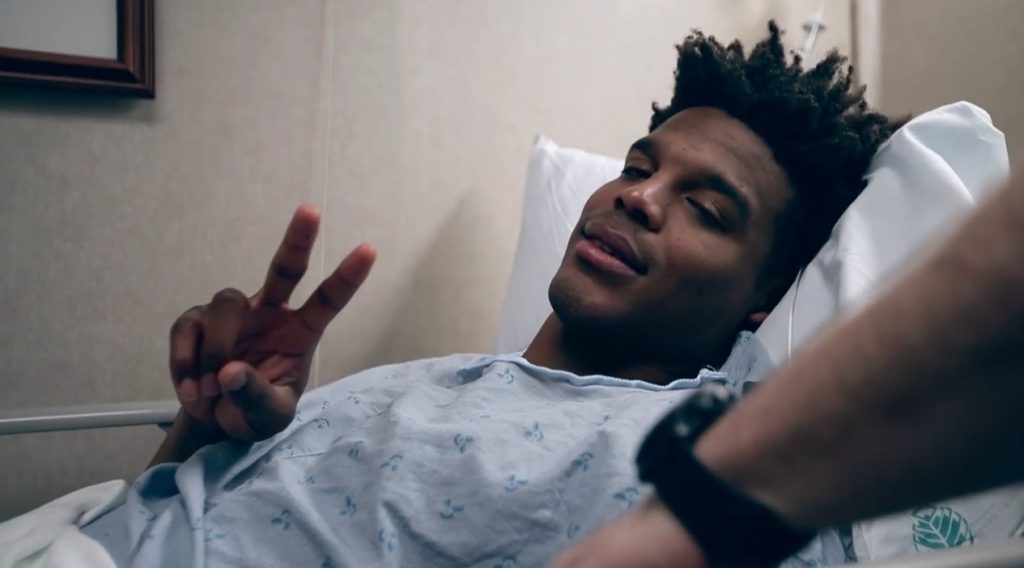 Instagram stories and videos were not enough. Panthers QB and man who has accounted for 240 touchdowns since 2011 Cam Newton will now be bringing us his slickly produced video content via a just launched YouTube channel.

Aside from the trailer for the Cam Newton channel, the only video that has dropped so far is called, “what’s wrong with my shoulder” and opens with our protagonist prepping for shoulder surgery.

And by prepping, we mean he is hilariously being knocked out by anesthetics.

Cam Newton getting faded before surgery is the offseason content we need. pic.twitter.com/gusm53ESRI

Speaking of answering questions, the video does include Cam talking about his feelings on the season, the decision about how long to play on a shoulder that wasn’t 100% and what he thinks about his comeback prospects.

“At one particular point in time I felt as if we were Super Bowl contenders,” said Newton. “I knew the status of my arm was uncertain, but we were still winning games. Everything we wanted to accomplish in the season was still right in front of us and then–BOOM–everything switched.”

“It didn’t really get to me until probably the 4th or 5th game we kinda lost. Not only was the losing get to me, my body–my shoulder, in particular–was just nagging all year.”

Most of the video cuts between and interview and the day of the surgery, with some other b-roll footage of Cam’s life in between.

Will Cam’s new channel win a Webby? Probably not. But folks will watch, and a certain Tennessee mom will love it.