We made it. We have our first look at one of our NC schools tonight as Presbyterian visits Wake Forest. If you missed it, we gave some general tips on betting, who to bet and when not to bet earlier in the week with our annual gambling primer.

Each week we will break down the trends for each of our NC schools and give an educated guess on whom to bet on for entertainment purposes only.

Pick: Presbyterian may not even score, but will Wake Forest get to 40 points. If you think they cover (we don’t) then take the over (we wouldn’t). Lean Presbyterian to cover and under.

Pick: We reiterate this is a weird number. Over last 5 years UNC has been decent at home and as a favorite ATS. If this number were under 10 we would be a little more confident. We would lean California to cover and expect weird to happen resulting in the over.

Pick: NC State has had some strange and puzzling openers in last few years. You never really know what to expect early in the season. However, we didn’t make the bet below, thinking NC State wouldn’t cover their first game so we lean NC State and the under in this one.

Pick: As noted in our betting primer, Duke has been a great team ATS in general the last 5 years. We don’t see this one being any different with Daniel Jones leading the way. We lean Duke to cover and under.

Also totally unrelated, but you should probably buy one of the below by clicking here: 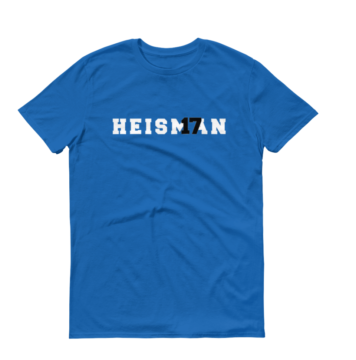 Pick: This game actually to our surprise opened as a pick’em. James Madison is the defending FCS National Champion, but this is opening number was puzzling. Since then it has moved to 3. We will take the over and our Pirates.

Listen here Vegas. You disrespect one of our FBS teams by making them a pickem vs an FCS team we will just have to take all your $.

Other games:
Appalachian State +14.5 vs Georgia. We lean App in this one. They played hard at Tennessee last year and this is the 10th anniversary of the Michigan upset. Go Mountaineers.