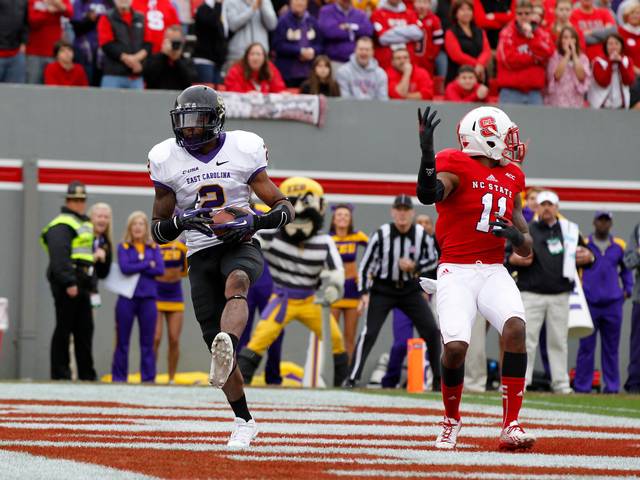 After an incredible opening weekend of college football, week 2 is typically a time to step back and settle into the season to give voters a chance to truly process what we saw in Week 1. No ranked teams play each other today, and the main event for college football’s 2nd Saturday is the Tennessee-Virginia Tech matchup featuring two teams who eeked out wins against App State and Liberty a week ago. But don’t make plans to go outside or read a book just yet. It’s bowl elimination day in North Carolina.

NC State traveling to Greenville to take on ECU was going to be a big game anyway. Even though Wolfpack coach Dave Doeren played the “just another game” card this week, this game has significant implications for both teams. Doeren downplayed the recruiting rivalry between the two schools, even though our research says otherwise, but State’s bowl hopes absolutely hinge on today’s rivalry game. The Wolfpack have to find five more wins on their schedule, and a loss today means they’ll have to find at least one win out of the group of Notre Dame, Florida State, Clemson, Louisville, Miami and North Carolina. On the Pirates’ side of the field, new head coach Scottie Montgomery won big in his first game, but losing a rivalry game that the popular ex-coach Ruffin McNeill ALWAYS won is not going to go over well in Greenville.

Wake Forest takes on Duke in the first Big Four matchup of the year, and just like NC State, both teams need a win today to avoid being home for the holiday season. Duke would have some margin for error (although next week’s Northwestern game becomes a must-win), but a loss in a crossover game to Wake Forest would all but eliminate the Blue Devils from any hopes of a Coastal championship. Dave Clawson’s Demon Deacons, the most efficient team in college football, have a crossover game against Virginia looming, so while their situation wouldn’t be as dire as the Wolfpack (‘sup, Game of Thrones nerds), but it certainly won’t be easy for a team still struggling to score points.

The Tar Heels head up to Big Ten country to take on Lovie Smith’s Illini, and while it’s hard to imagine Fedora’s squad missing the post-season (mainly because it’s hard to imagine the Heels losing to Illinois ever in any sport), finding six wins after starting 0-2 would be a stretch. Oh, by the way, those six wins would have to come from 9 games since only win against The Citadel or James Madison would count towards bowl eligibility. The bigger concern for Carolina is the play of quarterback Mitch Trubisky. His talents were touted throughout the off-season as a continuation, or perhaps an upgrade, from the performance that Marquisse Williams turned in last season, and after a poor outing in his first game, hopes are still high that he’ll bounce back much like Williams did from his opener a year ago. Two straight stinkers, though, and the credit that the Heels built up last season will be fully spent.