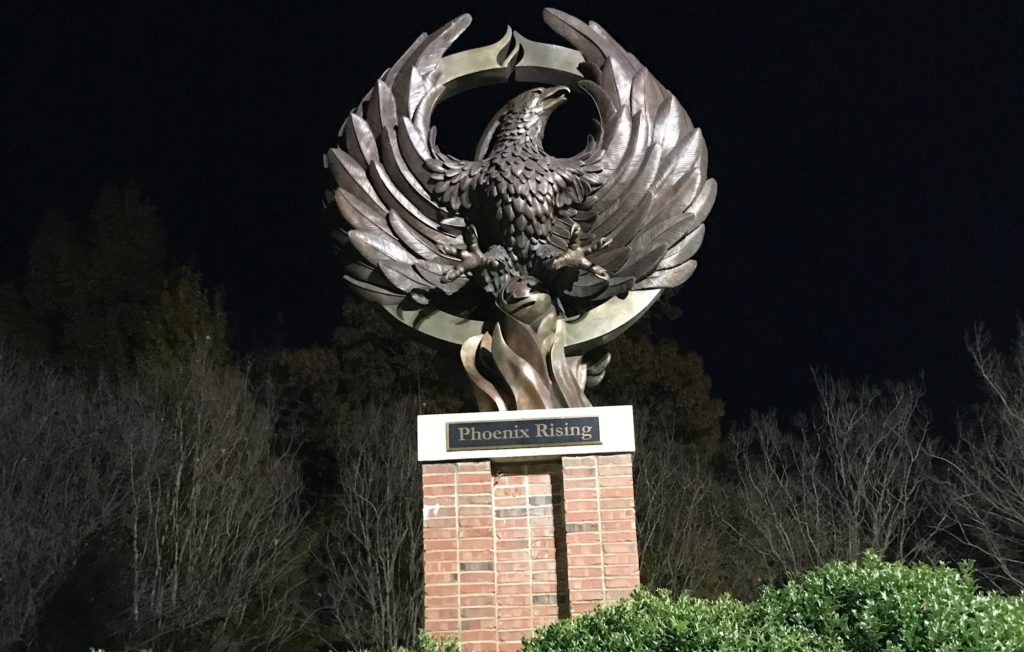 Elon Football was in a bad place at the end of the 2016 season. They had just gone 2-9, including seven consecutive losses to close the season, highlighted by a 63-14 season-ending loss to James Madison. Overall, Head Coach Rich Skrosky’s teams went 7-27 during his 2014-2016 tenure. He was fired shortly thereafter.

In 2017, new Head Coach Curt Cignetti led his Phoenix to their first FCS playoff appearance since 2009. Hell, Elon got to host an FCS Playoff game for the first time in school history (I’ve wiped the results of that particular playoff game from my memory). With Cignetti’s help, the Phoenix went from 2-9 in 2016 to hosting a playoff game in 2017. It’d be tough to ask for much more out of your new Head Coach.

But now it’s 2018 and we are getting more from Coach Cignetti and the Phoenix. This past Saturday, Elon earned their biggest win since joining the FCS ranks when they went on the road and defeated #2 James Madison, 27-24. Elon is now ranked in the nation’s top five and looking poised for a postseason run. To say the least, Coach Cignetti’s been a big part of an impressive two-season turnaround for Phoenix Football.

But I’m hoping this turnaround isn’t all about Curt Cignetti. Because if it’s not all about all about him, then I think we might be about to see a similar trend across more of Elon’s athletic programs.

I’m no facilities expert, but I think (hope) there might be a facility-related correlation here. Frankly, Elon is not likely to be a successful head coach’s “final destination.” If Cignetti keeps up the good work, it’s not realistic to think he’s going to stick around with the Phoenix for much longer. Another school in a better conference will want to give him a chance. That’s why I’m hoping this facility-related correlation is real.

In 2011, Elon opened Alumni Field House, a 30,000-square foot facility adjacent to Elon’s Rhodes Stadium. It includes a large team meeting room and locker room for football; a conference room; an advanced athletic training facility, including a hydrotherapy area; a large strength and conditioning room; and space for student-athletes to study. It also provides offices for Elon’s Athletics Director, Dave Blank, as well as coaches in the football, lacrosse, soccer, cross country and track and field programs.

At the time, Alumni Field House represented a new commitment to Elon Athletics. The idea was that a beautiful new facility, plus an upcoming “promotion” from the Southern Conference to the CAA in 2014, would help attract recruits. Now (after struggling through a couple pretty bad coaches), Elon Football is finally reaping the benefits of the new facility and seems to have adjusted to its new conference. The hope is that the facility will remain attractive for recruits even after Coach Cignetti is inevitably poached by another school.

We’ve now seen success for Elon Football in the Alumni Field House Era, as well as steady improvements for many of the other programs that utilize the facility. Is it overly optimistic to think that another brand new facility could be a sign of great things to come for Elon Basketball? After 68 seasons in “cozy” Alumni Gym, Phoenix Basketball is ready to move into the Schar Center, a 160,000-square foot, 5,100-seat venue that has already hosted its first volleyball games and will host its first basketball games in just a few short weeks, including a home-opener against Roy Williams’ Tar Heels on Nov. 9.

Elon Basketball’s Freshman Foursome of Kris Wooten, Chuck Hannah, Andy Pack, and Federico Poser has already garnered more preseason buzz than I can remember ever hearing for a Phoenix recruiting class. Could that be a sign that the Schar Center is already making big things happen? I sure hope so.

I’m not going to sit here and predict a win for Elon against the Heels, but the Phoenix could be a fun team to watch grow over the next couple of years. I’m glad SC8 got in on the ground floor.