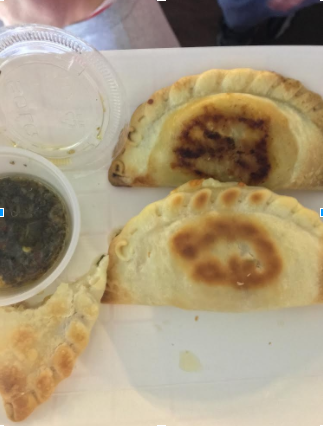 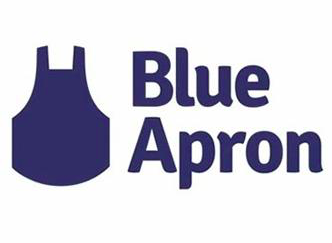 When you come to a Carolina Hurricanes game, I heartily suggest you come with an empty stomach and a liver prepared to do work (within reason, of course). Over the past couple seasons, the PNC Arena has stepped up their game when it comes to food and beverage options. Almost no matter what you’re looking for, unless you’re that dude who wants butter poached lobster, you’ll find it come game time.

Allow me to share my favorite new items, some classics, and one item I desperately with they’d bring back.

This season has seen local favorites PDQ and Makus Empanadas set up shop on the concourse, and I can confidently recommend both. Much as I enjoy the fried bird, I’ve got to give the nod to Makus Empanadas.

Nine American Dollars gets you three empanadas from a choice of six or seven, and they come with a side of chimichurri sauce that has a nice bit of kick to it, but nothing that’s more aggressive than say, a medium buffalo wing. These fine folk have even taken the step of embossing a letter into each empanada so there’s less chance of mixing up your bacon & cheese one with a sweet corn empanada.

The dough is a great combination of flaky with just enough chew to hold up to the delicious filling. Speaking of filling, one of my favorite things about these is that three is enough to satisfy, but not too much where you need to switch to sweatpants and groan in pain for the next hour.

Conveniently enough, my favorite beer in the building, Lynnwood Brewing Concern, is right next door (well, stand) to the empanadas. This is no slight to the other great local beer options available (Big Boss, Aviator, Deep River, Foothills, Natty Greene’s, Appalachian Mountain Brewing, CBC, and Bold Rock), but I’m really digging the brews that Lynnwood is cranking out.

The stand outside section 121 offers four options, but my go-tos are the Dry Irish Stout (particularly when it’s cold outside) and Hop on Top IPA. They’re both so well made and delicious, my only problem is limiting myself to one per game.

If you haven’t had Lynwood’s beers in the past couple years, or ever, do yourself a favor and get one. They’re available at several locations around the arena, and whether you like hoppy beers, stouts, or want to drink a blonde ale for some reason, I highly doubt you’ll be disappointed.

There’s one clear winner that’s been on the menu and a bit of an arena specialty: BBQ Nachos. Full disclosure: the first time I saw cheese being poured from a machine onto what is already pretty damn 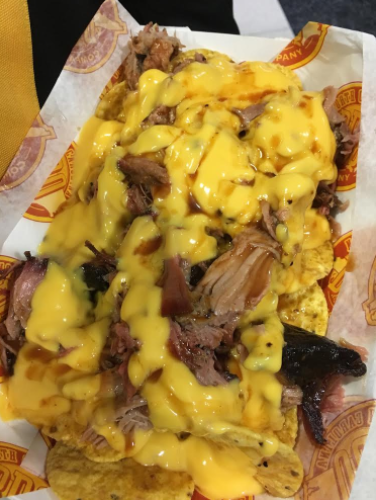 great BBQ, I cringed and wept. Then I tried them and I immediately apologized to anyone who heard me speak ill of such a glorious food item.

So, these nachos start with a goodly amount of tortilla chips, are covered with a handful of BBQ, then almost drowned in what I am told is a cheese substance. Once you’ve handed over somewhere in the neighborhood of nine dollars (note to arena: enough with the price increases on this one), you take the nachos over to a condiment cart where you’re faced with what appears to be a dilemma, but really isn’t: which BBQ sauce to top these with.

If you’re not from NC, you may not be familiar with our two types of BBQ. Eastern NC BBQ is vinegar based, and makes these nachos so, so good. Western NC BBQ is tomato based and belongs on someone of lower status’ plate. Don’t @ me.

Despite my glowing approval of all of the above items and additional selections that just missed the cut, there’s one food item that needs to be available at all concession stands again: CORN. DOG. NUGGETS. Sure, I’ve seen them around, but they’re not available outside select club and suite events, and sure, there are full-size corndogs at some stands too, but that’s not the point. Much like miniature Reese’s cups are superior to full-size ones, the same holds true for breaded and fried hot dogs.

There’s something about the ratio of sweet, fluffy cornbread to small hot dogs that’s just flawless. Even less flaws appear when they’re dipped into a mixture of ketchup and mustard. I’m sure there’s a perfect ratio, but I’m not sharing all my secrets. Also, as you can tell, this is a very, VERY high class food item.

These little beauties have been all but absent for the past several years of Canes hockey, and it makes me sad. All I’m saying is, we won a Stanley Cup with corn dog nuggets in the building.

So there are some of my favorite arena foods and beverages. Hope you’ll enjoy these and maybe add some new winners to your own personal list.

Be sure to check out Blue Apron, where you can get $30 off your first order of meals!