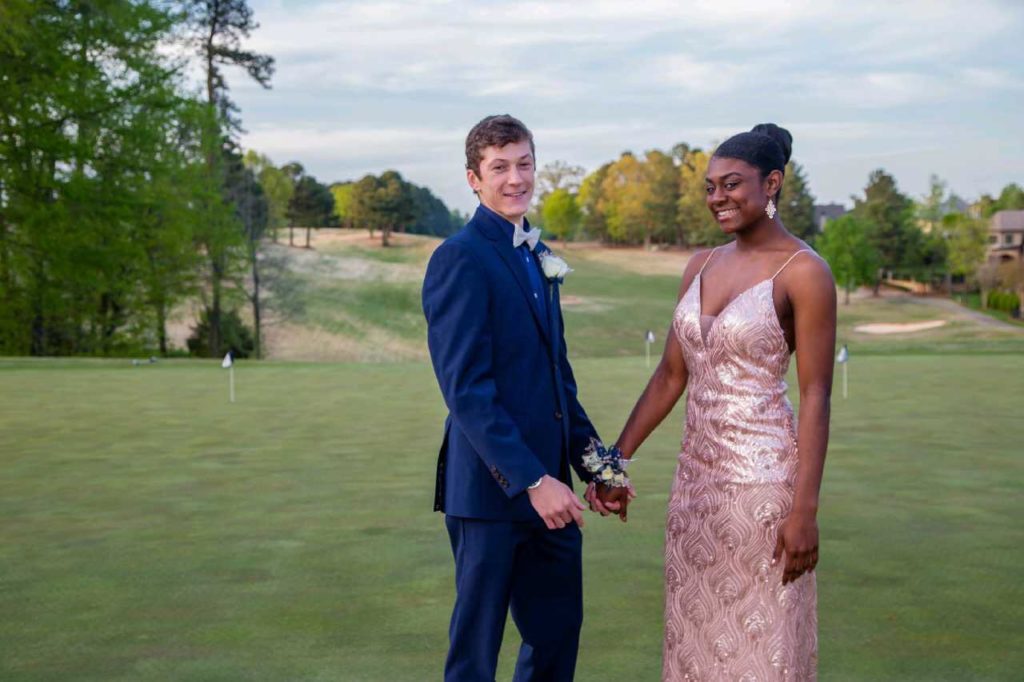 Over the weekend, former NFL kicker Jay Feely tweeted out a picture of his daughter and her prom date/boyfriend, with him a) standing in between them b) not looking happy and, most notably, c) carrying a handgun. The tweet references a scene in Bad Boys 2.

Wishing my beautiful daughter and her date a great time at prom #BadBoys pic.twitter.com/T5JRZQYq9e

The gun is not pointed at anyone, his finger does not appear to be on the trigger and Feely later tweeted that the gun was, of course, not loaded. His knuckles do look to be dangerously close to grazing his daughter’s date’s penis, but that’s a different story.

Of COURSE the Feely-mean-dad-Prom-pic-with-a-gun-but-it-was-a-joke-but-is-that-really-a-joke-and-even-if-it-is-a-joke-isn’t-it-a-little-outdated caused controversy, first with inevitable blowback on social media and from writers, then with the even more inevitable blowback to the blowback.

Regardless of where you stand on the Feely controversy, there’s no denying Jay Feely took the attention away from his daughter and her date on their Prom night. For his joke. Or his outdated joke. Or his poorly thought out decision that really wasn’t that big of a deal. Whichever one you consider it to be, it’s not a picture focused on the two teenagers suited up for a big evening.

Which made this mostly unremarkable picture by former NC State and NFL cornerback Dewayne Washington all the more remarkable. Washington, originally from Durham and now was most recently seen coaching at Heritage High School in Wake Forest, had the good sense to (gasp) just post a nice picture of his daughter and her date on their Prom night.

Junior prom for my baby girl! Have Fun @thedemiwash pic.twitter.com/RiH6dPo2pD

It’s almost like he loves, trusts and respects her AND doesn’t want to take the attention away from her on HER Prom night. Crazy.