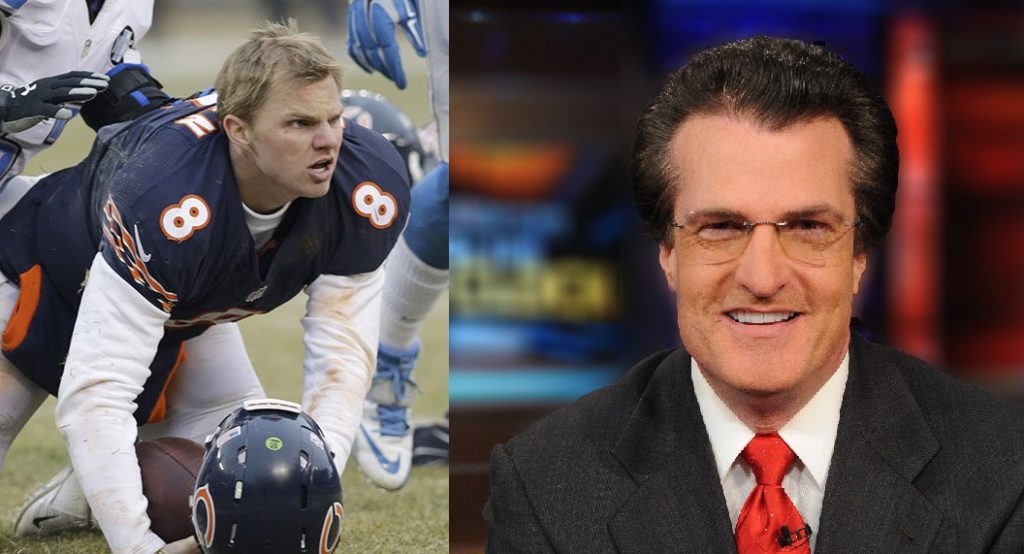 Eight years ago on this date (April 23), the Carolina Panthers selected quarterback Jimmy Clausen out of Notre Dame wit the 48th overall pick, despite the fact that then coach John Fox had never watched him play. No big deal.

Clausen’s most notable cheerleader throughout the draft was ESPN’s Mel Kiper, though it probably has nothing to do that Kiper was cozy with (and perhaps even benefiting financially from a relationship with) former agent Gary Wichard, now deceased, who is best known in these parts for being a key figure in the NCAA investigation into UNC football players. 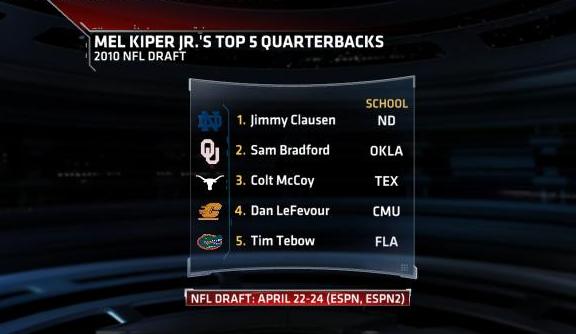 But it wasn’t enough for Kiper to have Clausen ranked at the TOP of his quarterback rankings (shout-out to Tim Tebow making the Top 5). Tired of being told he was overrating young Jimmy, Kiper finally snapped and put his CAREER ON THE LINE, saying that he would retire if Clausen didn’t pan out as an NFL quarterback. To Todd McShay’s credit, he pressed Kiper, saying it should only take 3 years to know if a guy was gonna be a successful QB (with Clausen it was more like 3 games. 3 practices, maybe.) But Kiper asked for 8 years, likely hoping that in 8 years people would forget he did such two colossally stupid things as a) saying Jimmy Clausen would be good and b) attaching his career to it.

On the most recent SportsChannel8: The Radio Show (Saturdays, 10-noon on 99.9 The Fan and streaming on WRALSportsFan.com), we wished Kiper a happy retirement and dug our Jimmy Clausen song out of the archives.

Listen to SportsChannel8: The Radio Show, Saturdays 10-noon on @999TheFan