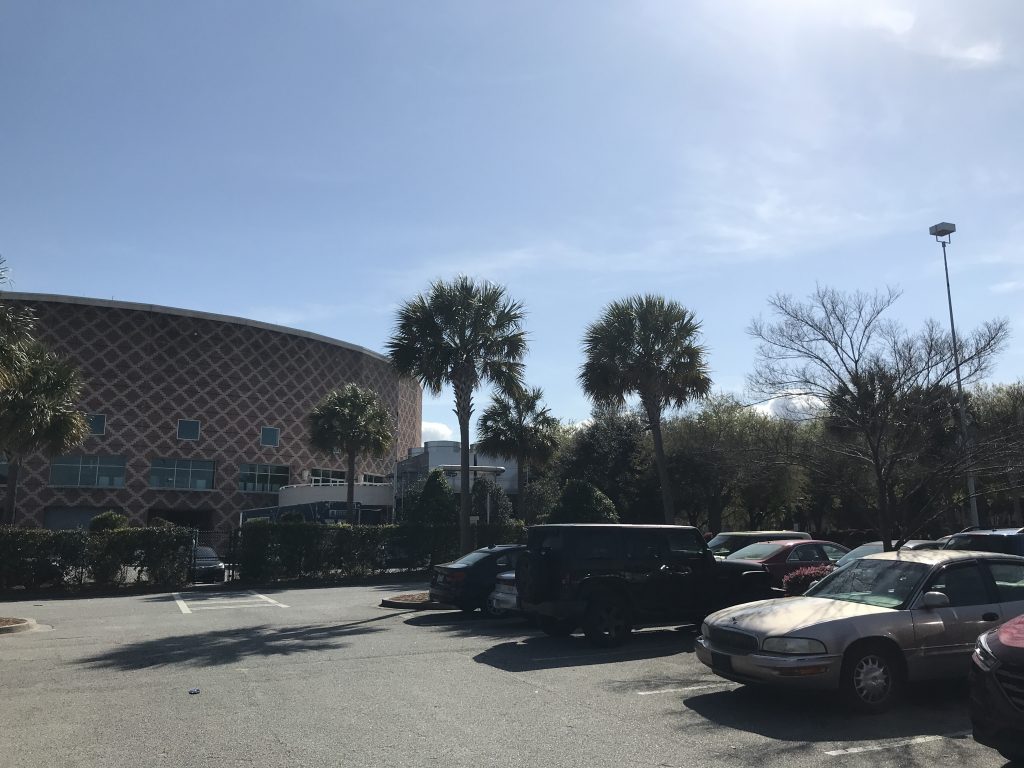 I understand why you’re not here at the CAA Tournament with me: The CAA is a one-bid conference.

There aren’t any “brand name” schools that play in the CAA. Even for the mid-major level, there aren’t really brand name schools. Hofstra maybe? College of Charleston? It’s not the CAA it used to be. The CAA with Duke-killer Eric Maynor at VCU, or UNC-killer Jim Larranaga at George Mason no longer exists. It’s fair to say the CAA has seen better days.

So, again, I understand why you’re not here.

I know I’m just a basketball geek. Chances are, you’re only reading this right now because you know me personally (hi, mom). I know I have some followers who – every time I live-tweeted an Elon game this season – probably thought “ugh, here we go again… another two hours of Max talking about some guy named Santa.” I know there’s a decent chance you’ve even muted me for the duration of the CAA Tournament.

I get it. I’m weird. While I think it’s cool that Justin Wright-Foreman is a tremendous basketball player and an even better senior leader at Hofstra, you probably think that if I’m gonna tweet about people with hyphenated last names, it ought to be Julia Louis-Dreyfus, Catherine Zeta-Jones (she dips beneath lasers), or – to keep it in the basketball family – Kareem Abdul-Jabbar.

But I’m here to tell you… if you ever get the chance to go to a one-bid conference’s postseason tournament… GO!

One-bid conference tournaments are different. This week in Charleston, every single team still has a dream that’s alive. Every single team has been preparing all season, hoping to get hot – and stay hot – at the right time. Whether you’re last-place UNCW or defending-champion College of Charleston, you showed up and you came with a belief in yourself. Genuine belief.

I sat through more than a dozen postgame pressers at Elon this year and one of the most common themes throughout the season (especially after losses) was the coach and players’ ability to fairly quickly brush a loss off knowing that it didn’t actually matter. In a one-bid conference, nothing actually matters until the conference Tournament. So when each CAA team shows up for this Tournament, they believe they’re going to win. Yes, even frickin’ Elon (no offense <– LOL the double-meaning of “no offense” here is way too palpable).

Do you think Pittsburgh or Notre Dame will show up in Charlotte on Tuesday truly believing they’ve got a shot to go dancing? I don’t. That’s because the ACC is a conference that receives 8-10 NCAA bids every year. There’s not as much on the line. Maybe a bubble team needs to win a game or two, but for the most part, the teams already know that they’re either in or out.

But in a one-bid conference, nothing’s impossible. That means that when you show up at a one-bid conference’s Tournament Quarterfinals without a rooting interest like I did today, it’s fun as hell. Everything you love about March Basketball is true at the mid- to low-major level too. The wild finishes. The amazing comebacks after teams appear to be down and out, but refuse to allow their season to come to an end. The immediate finality of it all when it finally does come to an end. It’s all so real. Compelling. Dramatic. Whatever you want to call it.

When your conference only receives one bid to the NCAA Tournament each year, everybody arrives ready to give it everything they have. Everybody. The players. The coaches. The fans. The pep bands. The universities’ athletics and communications staff. The cheerleaders. The mascots. Everybody is operating at maximum intensity.

And when you’re in an environment where it’s so easy (so safe) to try your hardest; to so fervently attempt to be the very best version of yourself; to be vulnerable within your surroundings; to operate with full trust in your teammates so that you can work together to accomplish a common goal; when all of that is happening around you, you’re building an environment where it’s safe to love and to be loved.

As I sat at the North Charleston Coliseum today for 12+ hours, I fell in love over and over again. I fell in love with JMU’s Darius Banks, who after fouling out against Hofstra, walked over to the Hofstra bench to shake every single player and coach’s hand because “basketball is about sportsmanship and I wanted to respect the game.” I fell in love with Delaware Freshman Ithiel Horton because he made eye contact with me while attempting a no-look pass. Sure, the ball ended up sailing out of bounds, but the flashiness was still appreciated… and Horton ended up scoring 26 in the Blue Hens’ win. I fell in love with UNCW’s Devontae Cacok. Cacok leads the nation in double-doubles with 24. How cool is it that even at this level of basketball, a dude can lead the nation in something? I fell in love with the College of Charleston’s Grant Riller, who – in the middle of an intense game – before inbounding the ball in front of the Drexel bench, took a moment to crack a joke that got the whole bench laughing.

As everybody arrives at this arena ready to bring the highest level of intensity possible, we get to see everybody’s truest self. I don’t know that we fully appreciate how rarely we get to be our truest selves. It’s hard. It feels scary; dangerous even. But for a few days in March… at a conference where only one team’s season is going to get to continue… our fear of being ourselves doesn’t matter.

It doesn’t matter if you care about the CAA. It doesn’t matter if you’ve ever heard of Vasa Pusica or Nathan Knight or Brian Fobbs. What matters is that everybody is inspired by people who pursue excellence, even when it’s hard. What matters is that when we watch others pursue excellence, we get to pick up some tips and tricks along the way, which helps us build toward our own pursuit of excellence. That’s what this Tournament is. It’s an opportunity for us to witness an environment where it’s easy to believe that everybody is doing their best. By seeing an environment like this, we receive an opportunity to learn more about ourselves; to understand that we are capable and worthy of love.

I’m here to tell you… if you ever get the chance to go to a one-bid conference’s postseason tournament… JUST GO! You won’t regret it.