Nathan Kalman-Lamb and Derek Silva already were talking about starting a podcast to spotlight issues of labor and sports, among others, for a while before the pandemic accelerated in March.

Once sports shut down, it seemed like the perfect time to launch “The End of Sport” podcast, a project that focuses on everything but the games. 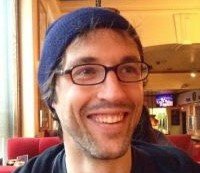 “It was the impetus. I don’t know if we would have started the podcast as soon as we did,” said Kalman-Lamb, a lecturing fellow in the Thompson Writing Program at Duke.

Since the release of the April 12 debut episode, they’ve added a third host, Johanna Mellis, and offered compelling content uncommon in the sports audio space on the way to producing their 51st episode Tuesday on radicalized organizations, politics and sports.

Last week, they looked at how the NHL has failed to protect its players and, before that, they discussed COVID-19 and sports.

Are you looking for hot takes, analysis of games or the adulation of leagues, players and coaches? Do you prefer to ignore academic scandals, the sacrifices of athletes in the pursuit of money or the inherent dangers of football? If so, this podcast, which is the antithesis of the usual sports radio or sports podcast fare, isn’t for you.

Episodes came out multiple times a week during the spring and summer but have shifted to weekly during the school year.

The podcast title uses the word “sport” instead of “sports” and that’s also the common usage during conversations on episodes. That’s intentional, and not just because of the Canadian roots of Kalman-Lamb and Silva.

They aren’t shy about tearing down the facades that often mask the underbelly of sports. The podcast is more in the vein of ESPN’s “Outside the Lines” in its heyday under host Bob Ley.

“I like to think of them as evergreen kinds of shows,” said Kalman-Lamb, who earned his master’s and Ph.D. at York University in Toronto. “We’re on a particular issue that is pervasive in a particular aspect of sporting culture. And it’s not only an issue this week, it’s been an issue for years and it’s going to be an issue for years. So, my hope is that someone can listen a year from now to that episode and get a lot out of it.”

The timing was optimal to start the podcast during the pandemic. since a common topic is the harm athletes who play some sports inflict upon themselves.

“This was very much an economic calculation, that the health and well-being and safety of players were being weighed against the revenue that these leagues want to generate. And that was clear as day,” he said.

He figured that more people might be receptive during a pandemic to the arguments such as the ones he made in his 2018 book Game Misconduct: Injury, Fandom, and the Business of Sport.

“It’s not a surprise to me that things have played out as they have precisely because this is what sport has always been in the dynamics of football and CTE,” said Kalman-Lamb, who co-authored with Gamal Abdel-Shehid the 2011 book Out of Left Field: Social Inequity and Sports. “Football has always been predicated on the sacrifice of the body of the players. So, of course, there would be a willingness to sacrifice players to a pandemic because there’s always been a sacrificial component. But the pandemic makes it much clearer, I think, for the average fan.”

Obviously, the COVID-19 deaths worldwide are the primary concern. But Kalman-Lamb says that not enough attention is being paid to the possible long-term effects of playing sports during a pandemic, such as myocarditis.

“The problem with this particular virus, on top of the fact that it is deadly at times, is that it affects all systems of the body in ways that we absolutely do not yet understand,” he said. “All we really understand is the fact that it does have this profound effect on the human body. And it affects more parts of the body than people realize at first. So, this is particularly concerning. For an athlete, it is incredibly dangerous.”

Kalman-Lamb doesn’t buy the suggestion by some that once you recover from COVID-19, there is nothing to worry about.

“We are subjecting people to conditions that we can’t even explain,” he said. “And I don’t want us to be sitting here 10 years later and say, ‘Oh my goodness, if we only knew what this would do to these people 10 years down the road, we would never have allowed college football to happen in 2020.’ But we know enough in my estimation, in 2020, to have very serious concerns about what it looks like 10 years down the road, just like we do with CTE. And that means that we should be taking it more seriously and we should be protecting the people who are being forced to take these risks.”

He grew up in Canada loving sports, although not a big hockey fan, and still has a passion for sports. But he has pushed aside his fandom when sports pushed to return during the pandemic.

Kalman-Lamb has only watched sports once since the games stopped in mid-March. Although he was tempted to resist, he watched the second half of Game 7 when the Boston Celtics eliminated the Toronto Raptors. Other than that, the games might as well not exist in his world.

He was a fan of Michigan football as a kid. He’s been a fan of Duke football because he’s had players in his classes. But he doesn’t watch football anymore.

“There wasn’t one moment where I said, ‘I will not do it beyond this day for this moral reason,’ ” Kalman-Lamb said. “But because of my heightened concerns over the last number of years, I’m kind of slowly weaning myself off of it. And part of that is conscious, and part of it is I can’t connect to it in quite the same way. I don’t feel comfortable with sports happening during the pandemic. I feel that, for me, a hard line is to be taken on my own consumption.”

While he advocates for the abolition of football, he understands many issues that are way beyond the country’s obvious love for the game. He knows it would be unfair to players who had already sacrificed their bodies for years to eliminate football without restitution for them. He says that because of racism and capitalism, higher education is only available for some through football, and economic reasons drive them there despite the risks.

“No one is having a very serious conversation about abolishing college football right now. We’re just trying to plant seeds there,” Kalman-Lamb said.

The podcast has covered many topics, including the UNC academic scandal, with UNC professor Jay Smith and Ted Tatos the guests on one episode. They’ve discussed race, white supremacy, diversity, amateurism, “The Last Dance,” sexual abuse in sports and offensive mascots, among many others.

Although no Duke administrator has told him this, he says that he has been told by Duke athletes that no more than 50% of any fall- or spring-semester class can include athletes. He guesses that it is because of past academic issues at UNC. There are no such restrictions for summer school classes.

“I think they wisely understand that any sniff of impropriety on their campus is something that’s going to become a huge scandal,” Kalman-Lamb said. “So, I think they are very consciously trying to avoid that. So, in that way, I do see the UNC scandal as a benefit to Duke and athletes on Duke’s campus because it makes Duke more vigilant about those kinds of issues.”

What you won’t hear on “The End of Sport” is any fawning over coaches or opinions better known these days as “hot takes.”

“Why are we even venerating coaches at all? What does it mean, to place that kind of esteem on individuals that I look at as the bosses, the overseers or managers who are tasked with exploiting the labor of other people for their own benefit,” Kalman-Lamb said. “That’s a question I want to have. And that’s obviously not going to lend itself to a hot take at all. In fact, it challenges the very premise that we should have a coach of the year or celebrate coaching.”

Although he’s received pushback on social media about many of his opinions, he says the criticism hasn’t been that bad. But, clearly, he brings up topics and expresses opinions that many sports fans might not want to hear.

“On Twitter, if people come at me in a basically bad faith interaction, online, social media, etc., I just don’t engage with them. I’m not really interested in spending my time going down this road,” he said.

For sports fans, though, it’s worth your time to listen to “The End of Sport,” even if you don’t want sports to end and may not agree with all of the opinions.

A senior sports reporter and a senior investigative reporter while with The Daily Tar Heel, she interned with SI last summer. Just as with that internship, she won’t have to relocate from North Carolina and will be working from home.

Coleman, who interned with The Charlotte Observer after her junior year, had been working as a sports correspondent for The N&O.

Chapel Fowler wins game story award
Chapel Fowler, who graduated from UNC last spring with a journalism degree, has earned the Associated Collegiate Press first-place award for sports game story of the year for his story on UNC’s 98–96 overtime home loss to Duke last season in The Daily Tar Heel.

Fowler has been the sports editor of the Chatham News + Record since July and also is a sports correspondent for The News & Observer.

Wiseman back writing for N&O
Steve Wiseman, who has been on medical leave unrelated to COVID-19, was back to writing about Duke on Monday with a story on Duke cornerback Mark Gilbert. It was his first byline since Aug. 25.

North Carolina-related sports stories of note
In The Athletic, Sara Civian wrote about the crazy last year for Mike Maniscalco and his improbable path to becoming the broadcast play-by-play voice of the Carolina Hurricanes.

In The Athletic, Scott Burnside provided a behind-the-scenes look at the Carolina Hurricanes’ “war room” in the team’s dressing room during draft week.

In The N&O, assistant sports editor Jessaca Giglio wrote about her challenges in fighting cancer and offered plenty of smart advice.

In The N&O, Jonas Pope IV writes that N.C. State linebacker Payton Wilson has always had the instincts and the drive, but his game has taken big strides by applying to games what the coaches are teaching him.

In the Winston-Salem Journal, John Dell wrote about Nick Andersen, Wake Forest’s freshman walk-on defensive back, who made 11 tackles and intercepted three passes in Saturday’s home victory over Virginia Tech.