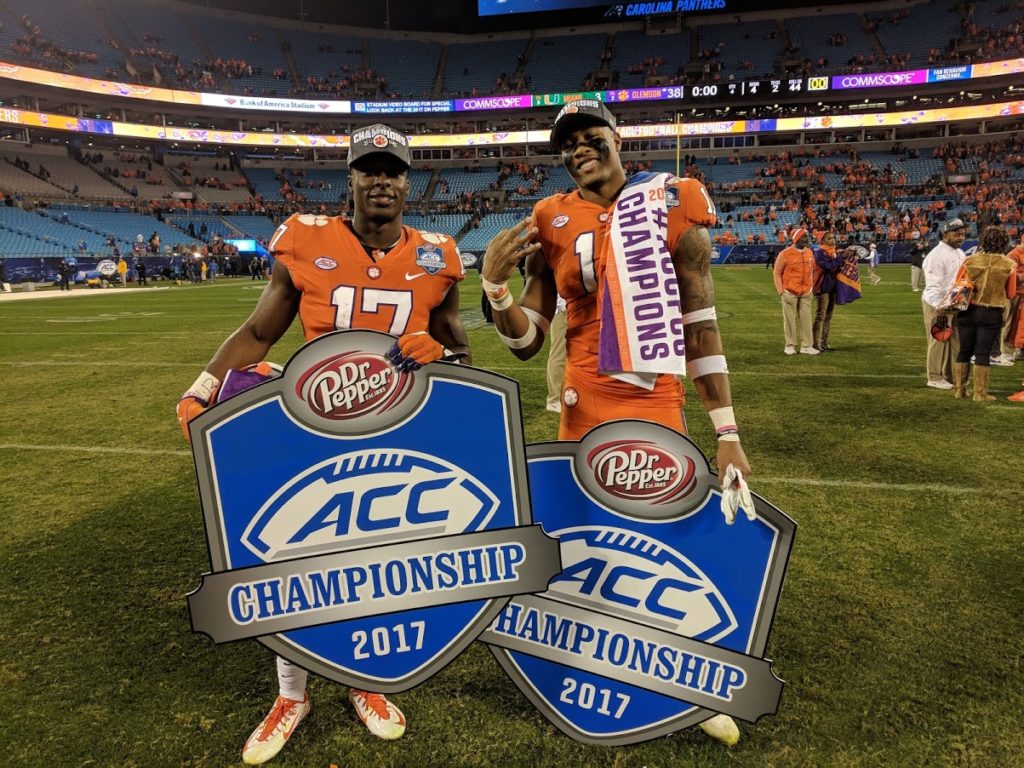 In honor of Miami phoning it in, SO ARE WE. Here are 8 tweets that properly sum up Miami’s first ever appearance in the ACC Football Championship Game, a 38-3 loss to Clemson (who remain ACC overlords)

The U was trying to be “back”–jumping up and down in front of Clemson as some players were running on the field before the game.

Miami players standing near the Clemson entrance to "welcome" their opponents onto the field. pic.twitter.com/1YtzRzUIp5

And nobody was feeling themselves more than Kevin’s older brother.

When you’re not about that Turnover Chain life pic.twitter.com/Giirp37sv9

And before you know it, Miami was down 14 in the first quarter.

If Miami is gonna make a comeback, history is not on their side: this is the most points they've surrendered in the first quarter of an #ACCFCG

Clemson was so dominant, everyone lost interest. Including the people paid to cover the game.

You know it's a bad game when folks in the press box have taken to the TVs in the back. pic.twitter.com/XcRL4y7JKL

Actually, they were just watching people repair the field because the end zone fell apart at the Big 10 Championship. We had a solution.

Hey Big Ten championship game, you wanna borrow one of our end zones? We’re just using one of ours.

The only real drama was finding out if Miami would score or not. They did, eventually.

Mark Richt spends all week laughing that his kicker was his only All-ACC player.

Mark Richt kicks a field goal to make it 38-3. #ACCFCG

But at the post-game meal, it became clear why Miami was never in this game.

BREAKING: Miami served players Popeye's post-game. In a Bojangles town. They had no chance tonight. pic.twitter.com/pWKLo4vq5P