Lead Panthers writer at The Charlotte Observer headed to The Athletic

The Athletic has lured some top sports writers away from newspapers but hasn’t always been able to get all its targets to jump.

In two North Carolina cases, the subscription site has been successful with one target and has possibly failed with another — Joseph Person is on the move, but indications are that Luke DeCock is not.

The lead Carolina Panthers beat writer at The Charlotte Observer, Person worked his last day at the newspaper Tuesday after eight years and, according to multiple sources, will cover the Panthers for The Athletic.

The Observer already has posted the job opening. 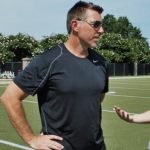 Joe Person is athletic, and now he will write for The Athletic

Person didn’t respond to text messages or a voicemail message, but The Athletic generally prefers to announce all its hires for a new vertical at the same time. Person will be a key part of The Athletic’s North Carolina vertical.

Person, a 1992 William and Mary graduate, worked for a little more than eight years at The State of Columbia, S.C., before joining the Observer. He played tight end for the Tribe and is in the Tribe Football Walk-on Hall of Fame.

DeCock, the sports columnist and former Carolina Hurricanes beat writer for The News & Observer, turned down an offer from The Athletic to become its Canes beat writer, according to a source. Whether there might be another offer isn’t clear.

It probably would take a lucrative offer to lure DeCock from a dream columnist job in the heart of the ACC to take a job similar to the one he had before he became a columnist.

DeCock staying would be good news for The N&O, The Herald-Sun, their readers and for Canes fans in particular.

Although The McClatchy Company has allowed the Observer to fill Person’s spot, there’s no guarantee that it would allow The N&O to hire another sports columnist. Even if a new sports columnist was hired, he or she would be unlikely to have the same institutional knowledge of the Canes franchise or the same experience as a hockey writer. 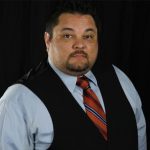 Patrick Johnson, who has been the morning-drive anchor at WPTF in Raleigh, is joining WHRD (94.3 The Game) in Greenville as its lead local host. He will first host “P-Man Pigskin Preview” on Aug. 25 and “The Patrick Johnson Show” will debut at 5 p.m. Aug. 27.

The East Carolina graduate has called Greenville Rose football games for many years and has been a host on ECU pregame and postgame shows. Patrick’s last day at WPTF was earlier this month. He worked there from August 2008 to March 2010 and had been at the station since March 2013, and had been the morning-show host since October 2015.