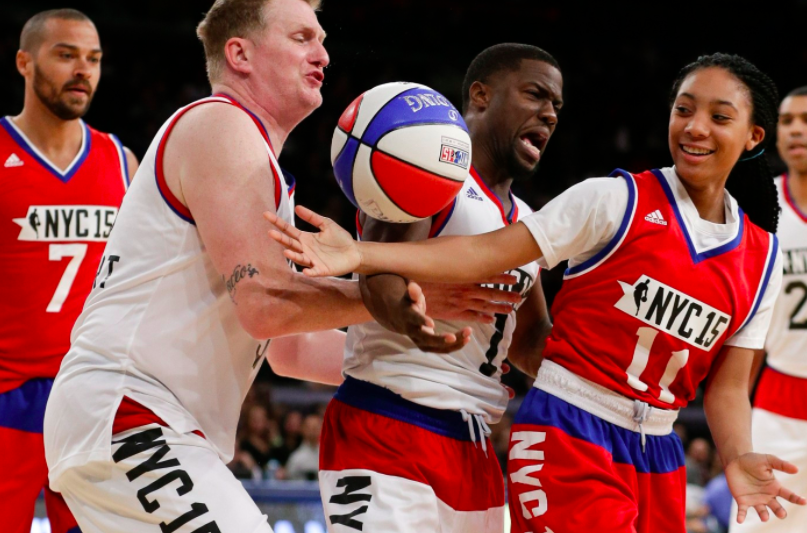 Last week, the NBA announced some changes to its All-Star weekend. Once again, the league is ahead of the curve; however, Brenden Whitted thinks the NBA stopped a little short. Brenden Whitted — SportsChannel8’s chief boxing correspondent and a cohost of the #LeaguePassLair — has a few simple addition for Adam Silver to explore. Here’s Brenden:

The NBA has decided to change its All-Star format. Captains will pick squads without regard to conference affiliation, and be selected according to the top vote-getter from each conference. Meaning that if the same All-Star fan vote repeated itself this season, LeBron James and Steph Curry would captain the revamped midseason exhibition game.

This is great stuff from the NBA.

One, with the West siphoning off the rest of the top-tier talent from the East not named LeBron (Jimmy Butler, Carmelo Anthony, and Paul George are all former Eastern Conference All-Stars that are now in the West) no one wanted to see these conferences go heads up.

Secondly, the pick-up style draft adds a level of audience connection for weekend warriors still living hoop dreams or people nostalgic for their glory days on the blacktop. Mayweather and McGregor aside, I could do for a bit less sports decorum generally.

But why stop at just changing the selection process? The All-Star weekend could use some sprucing up anyway. In that vein, here are a few more ways to improve it:

I’ve been debating cutting up a significant portion of my vast hoodie collection to make them mire Melo-like. I’ve noticed the NBA has switched to Nike jerseys. But if they made all that NBA gear and failed to put needle to cloth on a hoodie jersey, that contract with The Association is as useless as a Blockbuster Video Rewards Card.

Open up the Slam Dunk Competition

The NBA has the best basketball players in the world. They do not, necessarily, have the best dunkers. All respect to the GOAT Vince Carter, but take a look at The Dunk King. These guys mostly dunk all day and aren’t burdened by pesky things like closeouts or making the extra pass or whatever video Larry Brown falls asleep to while in his basketball bunker.

Many of the players people want to see decline to participate anyway. There’s even precedent for bending the rules of admission. Last season, Derrick Jones Jr. was called up from the Developmental League prior to the All-Star festivities — primarily for his dunking prowess to be displayed. Opening it up to non-NBA guy also means that if one wins, it might incentivize some association guys to join the fray to wrestle the title back.

Incorporate a game of 21

For the purposes of clarity (and because I know regionally the rules and even name of the game vary wildly according to region), 21 is essentially a game of free-for-all. There are no teams, only individuals. Get the rebound, clear the ball, then attempt to score against any and all that desire to play defense.  The winner is the first to 21.

Superstars are taxed enough during the weekend with events and media appearances.  Moreover, this event (like any event) would be best served with JR Smith and players of his ilk. I want the unconscious gunner who would otherwise be castigated for their shot selection. Give me your tired (of passing), your poor (decision makers), your weak (shot selectors).

I simply can’t imagine anything more fun than Jamal Crawford crossing over multiple defenders and pulling up from wherever suits his fancy. Hook Michael Beasley’s game to my veins. It’s a gunner’s Thunderdome. Bonus points if they give a standing invite to Kobe Bryant. Why not?! It’s all in good fun anyway. Plus, adding Kobe would add that extra bit of ridiculous competitiveness that the weekend has missed recently.