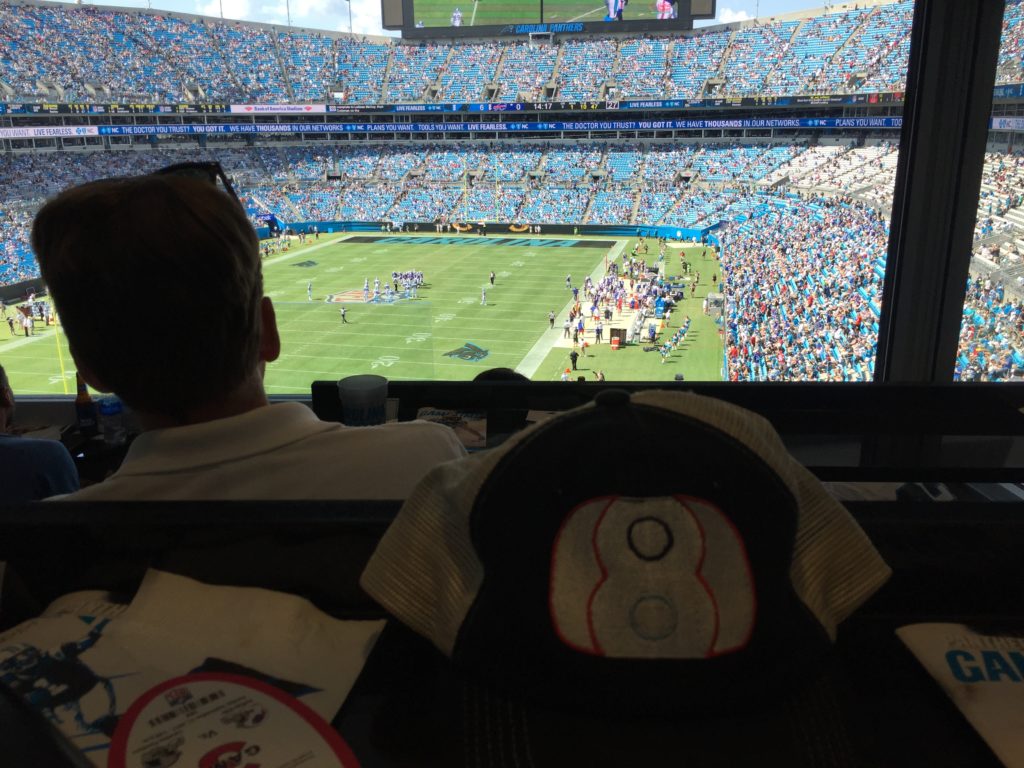 Well, guys: It wasn’t pretty, but the Carolina Panthers defeated the Buffalo Bills, 9-3.

Two reasons. One, the Bills are a very bad football team. Secondly, Carolina’s defense was once again really good. Tyrod Taylor was sacked three time, including two courtesy of Julius Peppers in his homecoming.

The Carolina Panthers are one of only three 2-0 teams in the NFC, but much like a lot of other NFL action, the game was gross. Carolina netted zero touchdowns, 255 total yards, Cam Newton was off — oh, and Greg Olsen got super injured. This party blows.

Olsen’s injury certainly drew some headlines — a quick Google search reveals that! The defense got some deserving praise, too. However, Cam didn’t look particularly good, especially on his final pass of the day — when he missed Christian McCaffrey for an easy touchdown.

Cam is now one of six quarterbacks in the league this season with 50 or more pass attempts, a completion rate under 60 percent, and also a yards per attempt average of seven or less. The company isn’t great: Bortles, Dalton, Kizer Soze and Captain Swaggerless. Even worse, now this happens…

/screams into the void

I swear to Jesus Shuttlesworth, why does this franchise simply refuse to put a competent offensive line around Cam Newton. He’s only the most talented and expensive player in the history of the franchise; the Panthers will NEVER have another player like this.

This is Year 7 now with Cam, and it still hasn’t happened. It’s comically irresponsible.

Buffalo was in his grill all afternoon. Cam has been sacked six times already this season — all of which came against the Bills; he ranks sixth in the league in sack rate, too — 9.5 percent. When this experiment is all over, we will wonder: Why in the hell this franchise refused to properly protect its most important asset?

Again, the defense was great, too.

The New Orleans Saints, who have Drew Brees, but are 0-2 and stink — especially on defense. If Cam and his crew can’t get it going against these dudes, well, this could be a loooong season.

The Carolina @Panthers are the 1st team since 1981 to allow 3 points or fewer in each of the 1st 2 games of a season pic.twitter.com/ReAkNzBLtE

I was on the scene at BofA on Sunday (shoutout to Highway55); caught Luke Male on the field before the game, didn’t ask if he planned on getting back to Chapel Hill for class, though.

Why today is different in Charlotte: In a few hours, the people from Buffalo are going to leave.