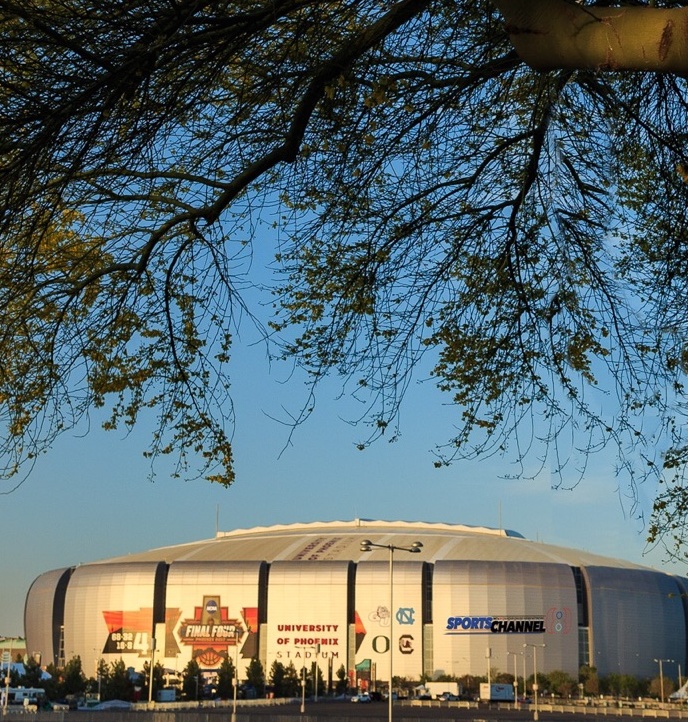 First thing first: Phoenix is not a basketball town. Every day we were in Brooklyn or Memphis I saw people playing, shooting, or at least holding a basketball somewhere around the city. Not the case in Phoenix (or Glendale or Scottsdale, the other two towns events are taking place all week). It’s not a basketball town, especially when the Suns stink so bad I could’ve sat almost court-side for $50 to see the Clippers play. 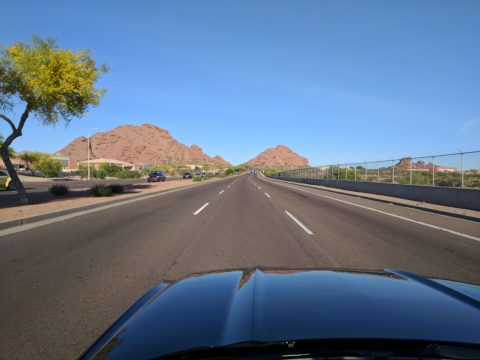 Getting a convertible might remain untouched as my best move of the week.

The Uber drivers here don’t talk a lot of hoops; even the ones in Memphis who weren’t huge fans could speak knowledgeably about the city’s disdain for John Calipari. With Spring Training wrapping up and the Cubs closing up shop in Scottsdale, there was more baseball than basketball buzz around the city mid-week. Even over in the Westgate area, where University of Phoenix Stadium is located, the feel until it get filled up with fans is sterile. No hoops vibe at all, even after ESPN dropped an awkward outdoor basketball court in the middle of it. 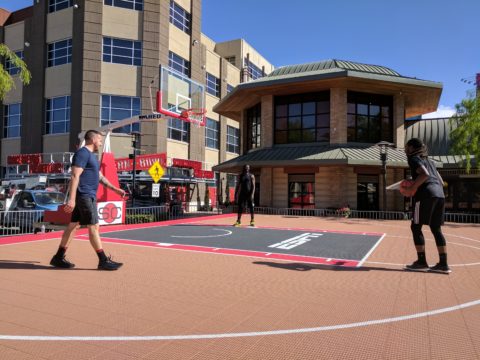 ESPN tries to make the place feel a little more basketball-y but it doesn’t quite fly.

But it is an “events” city. As lifeless as the area surrounding the stadium feels most of the time, you understand that its bars and shops only exist for the rare times a few thousand–or a few hundred thousand–people are in the area. Cardinals football games. Coyotes hockey games. Final Fours.

Big events require a lot of smaller events leading up to it. So it is with the Final Four, where Thursday night saw the Pump Brothers throwing a party for the whose who of basketball in Scottsdale while the media was bribed to stay away with a party of their own at the Wrigley Mansion. I’ve never been to a Final Four, therefore I have not witnessed the ever-declining positioning of the media seating I hear so much about on twitter this time of year. I can only assume, though, that the NCAA hopes if they toss sportswriters a few free drinks and cigars in a swanky spot with a great view that maybe they’ll shut up about it. Not likely, though the Maker’s Mark was appreciated. 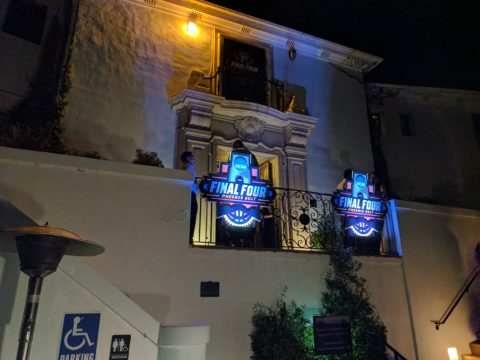 My favorite part of the evening wasn’t seeing “celebrity” media members–though, admittedly, listening to Bob Ryan and David Teel talk about Buzz Williams was cool, and running into Kenny Anderson at the bar (where I blurted out, in total fan-boy mode, “Hey, you’re Kenny Anderson!”) was cool. But, no, even more enjoyable than that, even more fun than seeing media that was obviously from a college newspaper and trying to guess by their look which college, was seeing all the North Carolina media folks roll in. TV people, radio people, newspaper people, ACC office people….there was just a sense of pride in seeing “our” crew  (meaning the whole NC/ACC crew, not the SC8 crew) rolling up in the biggest sports media gathering in the country this week and not only belonging but owning the place. 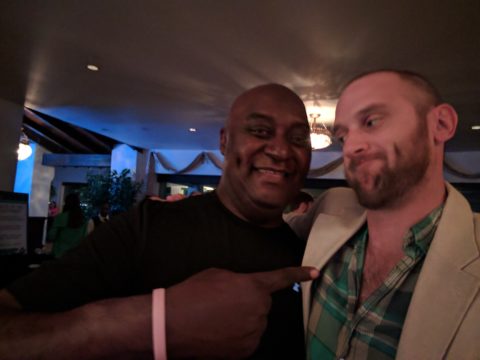 Look…none of these people need their careers validated by covering the Final Four. They would be great writers or reporters or talkers or whatever even if they were all on the preps beat for life. And, of course, it’s not rare that a team from NC is competing at the Final Four, so there plenty of folks who had been here multiple times before.

But in a sport that chooses a champion by single elimination tournament, people know nothing is promised. Even worse, people who work for floundering newspapers know that not even the next round is promised, not even if the local team makes it, not even if you’ve been at every game and written great stuff all year.

We raised a glass to those who couldn’t make it and to possibly never making it back again. Then we fired 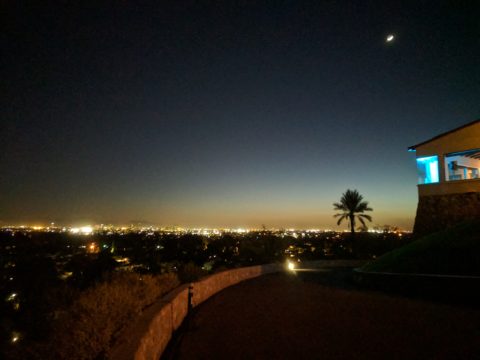 off a few tweets about how great the view was or how hard the wind was blowing or how we just saw Jerry Palm breaking down seeding with someone from the College Football Playoff. And for a night, we forgot to complain about the bad seats the media will inevitably receive on Saturday.