Editor’s note: New contributor R.L. will write regularly about media topics of interest to the sports fans of NC. He’ll also contribute to our coverage of UNC hoops. And if I know him well, he’ll probably write some stuff about running (he’s closing in on 50 career marathons). R.L. spent 27 years as a newspaper copy editor and has been a sportswriter as well. If you have tips or suggestions, hit him on twitter @RL_Bynum.

What could Fox/Disney deal mean for Triangle viewers?

If antitrust regulators approve Disney’s purchase of 21st Century Fox that was announced Thursday, it could give Triangle sports fans more options for watching games that now air on regional sports networks.

The deal would give ESPN’s parent company, Disney, control of Fox’s 22 regional sports networks — including Fox Sports South and Fox Sports Carolinas. That could eventually eliminate a challenge for cord cutters.

Neither the Fox Network (which airs the NFL, Major League Baseball, NASCAR, MMA, golf, soccer, horse racing and college sports) nor FS1 (which airs the same sports except for the NFL) is included in the deal.

Currently, you can only watch Carolina Hurricanes, Charlotte Hornets and college games that air on RSNs if you are a cable customer, a satellite customer or are a Hulu subscriber. You can watch online through Fox Sports Go, but only by logging in using your provider username.

ESPN is expected to start an over-the-top (OTT) streaming service next year that will offer programming that isn’t shown on ESPN channels. It would be available for a fee, and you wouldn’t need to have a cable or satellite-provider login to get it.

Yahoo! speculates that the programming on Fox’s RSNs could be part of the ESPN streaming service. If that happens, it might be easier to stream Canes, Hornets and college games that air on RSNs.

Yahoo! also suggests that ESPN could decide to start regional versions of SportsCenter. There is plenty for a show like that in North Carolina to cover.

The bad news — and why regulators might object to the deal — is that Disney may increase fees to providers because it has so much control of non-network sports programming. 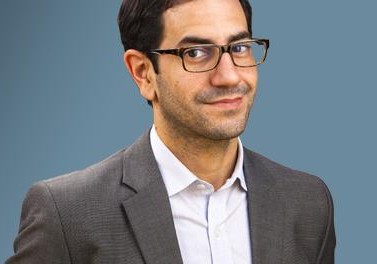 Since the summer, you may have been surprised when tuning to WCMC (99.9 The Fan) some weekends and hear Joe Ovies, whose voice you normally only hear weekdays.

Since last summer, Ovies — host of the popular “Adam and Joe” show with Adam Gold from 3–7 p.m. weekdays and most recently seen twitter-beefing? spatting? dancing? with fellow radio host David Glenn over whether one can be a sports and a Star Wars fan— has filled in on some ESPN Radio weekend shows, most recently with Myron Medcalf last Sunday from 4–7 p.m.

“For now, I view it as a nice opportunity for me to dabble on a national radio format, see how ESPN goes about their radio process with producers, format, etc.,” Ovies said via email. “Those things interest me. It’s why I listen to out-of-market local shows when I’m on the road or through streaming apps to compare/contrast.”

The national network uses hosts from local affiliates on a freelance basis, and they broadcast from their stations’ studios. Ovies appeared on the 3–7 p.m. “Dickerson and Hood” show on a Saturday in June and the Sunday of the Conor McGregor-Floyd Mayweather Jr. fight weekend in August, as well as doing an overnight shift July 3.

“On a regular basis, we’re looking for the best talent from across the country and I’ll reach out to different affiliates, I’ll reach out to agents, whomever,” said Justin Craig, ESPN Radio’s senior director of programming and operations. “We just look for the best possible host to give them an opportunity to host on a bigger platform.

“We’re always trying to give people a chance to expand their profile and give them a different platform to try things out on,” Craig said. “Not necessarily looking to always take them from local to national. It’s a good opportunity for our stations to get a little additional exposure as well with a different audience.”

“I think Joe’s doing a great job,” Craig said. “He’s a fun listen. He’s very well-spoken and quite educated in everything. He’s got a nice wealth of knowledge.”

A lot has changed since them.

Penn eventually moved to the Miami area, where Jones lives, and then moved to Bristol, Conn., earlier this year. The last edition of “The Right Time” is Tuesday, so Penn’s responsibilities will shift with the new year.

He will be the lead producer for “Freddie and Fitz,” with co-hosts Freddie Coleman and Ian Fitzsimmons, beginning Jan. 2. The show has aired from 10 p.m.–2 a.m. but shifts to the 9 p.m.–1 a.m. time slot in January.

In Wednesday’s print edition of the North State Journal, two photos on the sports front were taken by two of its sports writers instead of photographers and a third was a USA Today photo.

Writers becoming photographers, common at small papers, may not happen often in the future at NSJ. But the newspaper has made changes in how it gets photos.

The third former full-time photographer, Christine Nguyen, left in mid-June to become the managing editor of the Henderson Dispatch, a Paxton Media Group paper. Nguyen reunited with Nancy Wykle, the Dispatch’s publisher and editor, who she worked with at The Herald-Sun. Nguyen left the Durham paper for the NSJ when it launched in February 2016.

“We are committed to excellent photojournalism, and this allows us more flexibility to engage with great photographers from all over the state rather than trying to centrally locate talent,” Neal Robbins, the NSJ’s publisher, said via text.

Robbins said that a redesign of NSJ’s print edition is planned for March, including some new content sections.

In the newspaper industry these days, a memo from an executive rarely delivers good news. But that was the case for every McClatchy Company chain employee, including those at The N&O and The Herald-Sun, earlier this month.

McClatchy will resume matching 401(k) contributions next year and the chain is ending a one-year salary freeze that has prevented anybody from getting a raise.

“These milestones are a direct result of the grit and tenacity of everyone in the enterprise,” wrote Craig Forman, McClatchy’s president and CEO since January, in the memo. “Together, we have continued to produce award-winning journalism that strengthens communities and is essential to citizens and our democracy.”

There now will be a “performance-based raise pool.” For reporters, most expect that the metric will be the number of clicks their stories have received compared to the click goals that they were given.

Joe Giglio has taken over the North Carolina beat at The N&O/Herald-Sun. But pinch-hitting for him for coverage of the Tar Heels’ Sunday game at Tennessee will be Andrew Carter, the longtime former beat writer who has joined The N&O’s investigations team.

Back on Sunday. UNC at Tennessee. One game only. An encore, if you will. https://t.co/vMhhlfOhdL

The N&O/Herald-Sun’s Steve Wiseman is covering both Duke’s trip to the Quick Lane Bowl in Detroit and N.C. State in the Sun Bowl in El Paso.

C.L. Brown wrote for The Fieldhouse about how Jalek Felton’s uncle, Raymond, has helped the freshman North Carolina point guard.

Columnist Ed Hardin wrote in the News & Record of Greensboro about the significance of Cherokee High School’s state 1-A football title to the Cherokee Nation and his personal connection.

Wiseman did some good storytelling in the wake of South Carolina State basketball player Ty Solomon having to be resuscitated during a game at N.C. State, including in this story.

Sam Turkin of The Chronicle, Duke’s student newspaper, looked into why there have been no women student managers in the past few seasons.