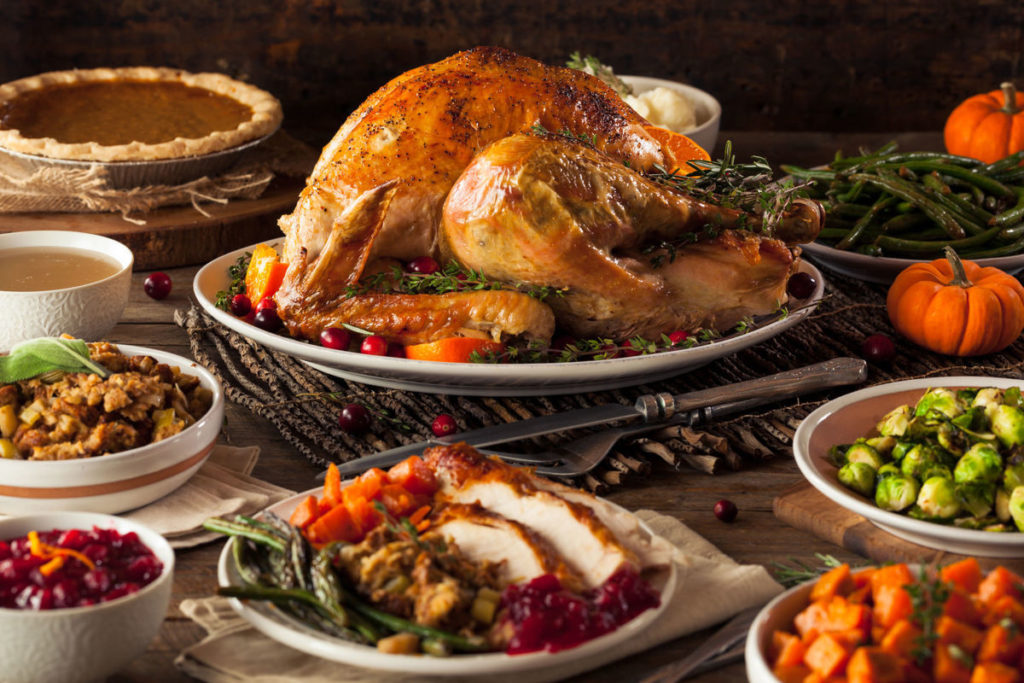 Thanksgiving Day food items. It’s almost as much fun to debate as it is to eat. That, or maybe the whole sports media world goes on mental holiday this week and phones it in by talking turkey. We look at some Thanksgiving staples and tell you whether they over, under, or rightly rated.

Personally, I’m a huge turkey fan. I prefer dark meat, but properly gravied white meat is sufficient. I can eat it for 3-5 days straight over Thanksgiving. I’ll even eat some anticipatory turkey the week before Thanksgiving (cooked a breast in a crock pot earlier this week–delicious). But I come back to a fact I can’t shake: if turkey were really as good as we say it is come Thanksgiving time, wouldn’t we eat it a lot more during the year? We don’t. Verdict: Slightly Overrated

Don’t care which one you call it (and technically, there is a difference, right?), this stuff is good. Plus, it lends itself to “secret homemade” recipes, which means while almost all stuffing is good, tasting your mom or grandma’s personal recipe is downright exquisite. I’m convinced stuffing is dependent on its teammates though–it wouldn’t taste nearly as good not surrounded by turkey and potatoes and gravy. Plus, stuffing does get talked up a fair amount. It’s adequately appreciated. Verdict: Rightly Rated (the “stuffing vs. dressing” debate, though, is highly overrated.)

Sorry to any Ocean Spray employees out there, but cranberries are just gross. Are they supposed to be sweet or sour? I know they’re red but why do they have to be SO red. They look dyed or something. There are a lot of ways to prepare cranberries, and all of them are bad. How has this stuff stayed on the Thanksgiving staple list for so long? I feel like the cranberry lobby must be making this happen. I’m on to you, Big Cranberry. Your days are numbered. Verdict: Severely Overrated

This is how I feel about cranberries:

We’re gonna use this as a catch all for the favorite dish you have at your family gathering. Could be squash. Could be corn. Could be sweet potatoes. Could be whatever the hell “pea and asparagus casserole” is.

Whatever it is, no one thinks it half as good as you do. Stop telling me YOUR mom’s squash casserole recipe is the one that will make me like squash. It won’t. Verdict: Overrated

Potatoes–whether you mash them, scallop them, twice bake them, whatever–are a great barometer of a Thanksgiving chef’s skills. Basically, any cook that is above average can make decent tasting potatoes. You don’t have to be a GREAT cook, you just have to be a not shitty cook. If the potatoes are good, there’s a decent chance the rest of the meal will be Thanksgiving meal worthy. And top notch potatoes–for me it’s creamy delicious mashed potatoes–can be divine. Verdict: Underrated

A good gravy can mask a lot of otherwise average Thanksgiving food. Warm gravy is essential. Also, for me, the entire meal is almost inedible without it. It greases the wheels. You forget how important it is. Verdict: Underrated

Whether it’s biscuits or rolls or good bread for leftover sandwiches, bread is SO NECESSARY at Thanksgiving.

And yet, bread is rarely mentioned when listing the Thanksgiving favorites. Verdict: Criminally Underrated

People complain about the influx of pumpkin-spiced items come every October (or September….or is it August now), but we really need to get to the root of the problem and that is that pumpkin pie is gross. It falls under the Turkey theory: if it were really as good as we make it out to be at Thanksgiving we’d be eating it year round. I don’t know how many years I drowned that baby food-textured brownish-orange puree in cool whip before realizing, “hey, I could just eat three spoonfuls of cool whip.” And don’t even get me started on pecan pie. You are a nut-based pie. Imagine if I tried to push “cashew pie” or “walnut pie” on you. You wouldn’t buy that pie. Verdict: Overrated