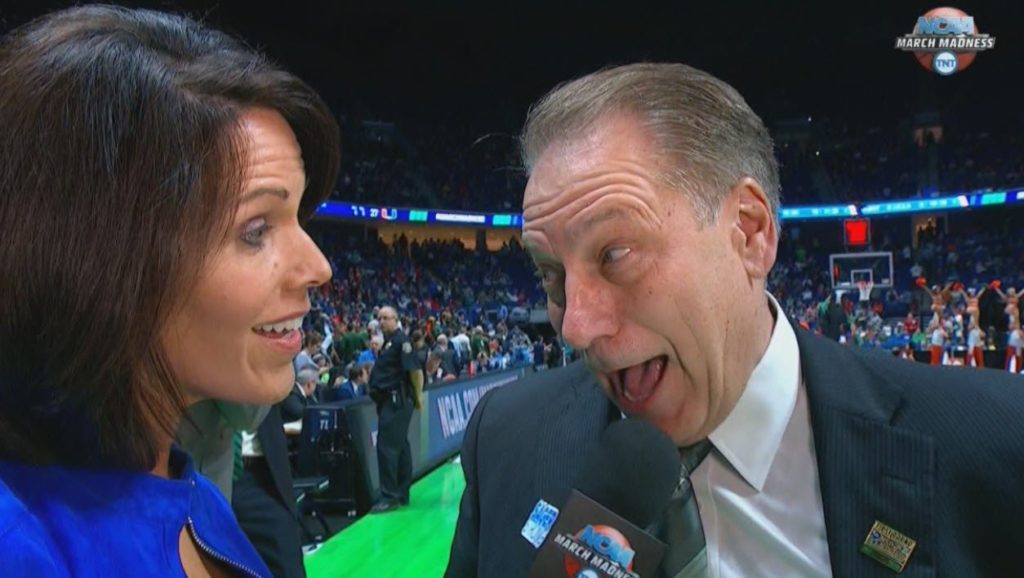 Why: After looking strong and building an early lead, Miami was absolutely blitzed by a 30-8 Spartan run and never recovered

GIF: Hurricanes don’t do so well in Tulsa

How Tom Izzo always wins in March even though this was an 8/9 game and MSU lost to Middle Tennessee State last year and can’t beat any of the ACC’s top teams in March and ok maybe I’m just mad the ACC is 0-2 against the Big Ten so far in the this tournament.

What the heck happened to Miami’s offense the last month of the season? Late February wins against Duke and Virginia were nice, but masked the fact that this team was moving backwards offensively. They looked outmatched against UNC in the ACC Tournament and again vs. the Spartans. Jim Larranaga is a good coach who has proven he can motivate teams in March. It’s curious to see what happened to these Hurricanes late in the season, including a punchless loss to end the year.

Football season for the U. Michigan State now tries to usurp Kansas’ #1 seed in the Midwest

“The goal of a pep band is to be equal parts pep and band. I felt less bad for [Villanova Piccolo Girl’s] tears. I’m really just trying to get people pumped up because it’s a lot more fun to be at a game where all the fans are really into it.” – Rachel Schueller, Miami piccolo player, as part of this Q&A with SportsChannel8