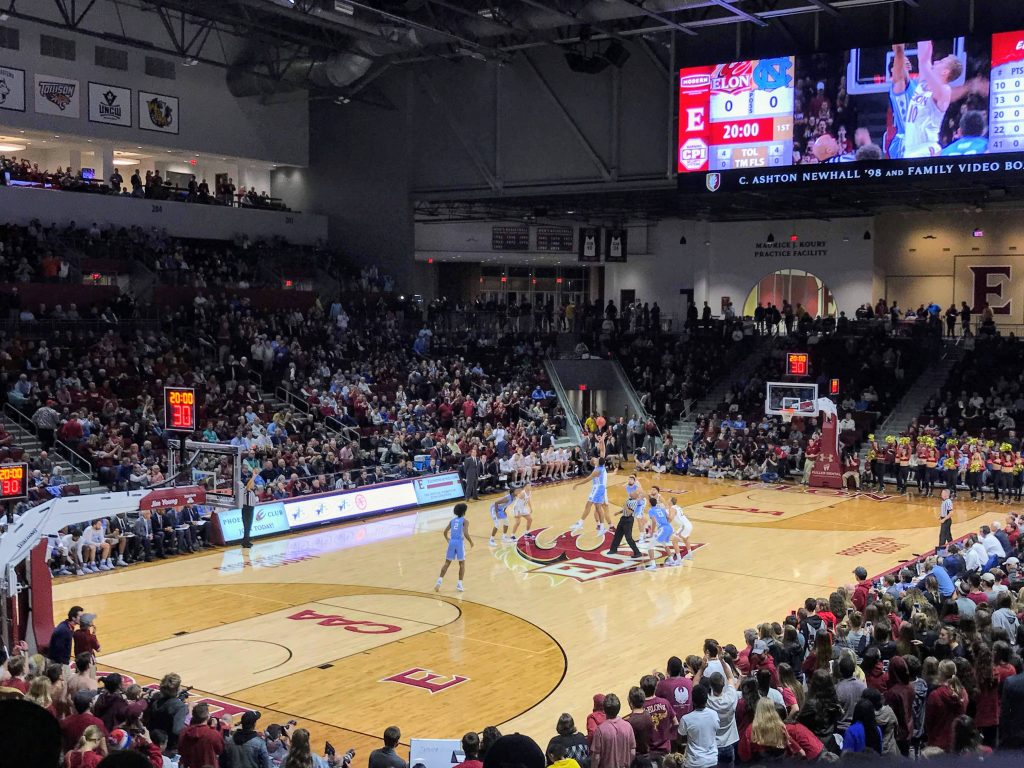 The inaugural season at Elon’s brand-new Schar Center has come to an end, with mixed results. The highlight of the season was certainly the home-opener vs. UNC. For one night, the arena was full, electric, and we were given a glimpse of what is (hopefully) to come for Elon’s home atmosphere.

Then Elon lost by 49 points.

After opening night, Schar Center crowds were consistent, but ultimately, not particularly impressive. On the one hand, Elon Athletics staff has done a good job of encouraging people in the surrounding communities (Elon, Gibsonville, Burlington, etc.) to put their butts in the seats. There seems to be a greater number of “townies” in the stands than what was typical during the Alumni Gym years.

On the other hand, the students’ support for Elon was disappointing, but not particularly surprising (full disclosure: this is my perception and perception is not always reality). There was a stretch of games in November and December where even the Pep Band didn’t show up. That shouldn’t happen. On a similar note, Elon played four conference home games this season while students were on their winter and post-January breaks. That probably shouldn’t happen either, but I’m not sure there’s much Elon can do about how the CAA schedules games.

And thus concludes the fan-attendance-needs-to-be-better part of this post. I need to do a better job of reminding myself that it’s Elon and other than Max Gongaware, most students aren’t choosing to go to Elon because they give a damn about basketball.

Perhaps I’m just making non-scientific, non-data-driven observations, but is it possible that Elon is struggling because of its brand-new arena? I’ve seen more “the iron unkind” (shoutout to Tim Brando and RIP Raycom) jump shots from Elon at Schar Center this season than I can remember ever seeing at Alumni Gym. Whether you blame site lines or Schar Center’s new, tighter rims, it seems reasonable to me to think that there may be an adjustment period that comes with opening a new building.

Let’s Make Up a New Stat

On the bright side, once the Phoenix does finally adjust to its new site lines and rims, there’s no denying that Schar Center is a major upgrade from a facility perspective. The reality is that Elon desperately needs its new arena to have a major impact on recruiting. 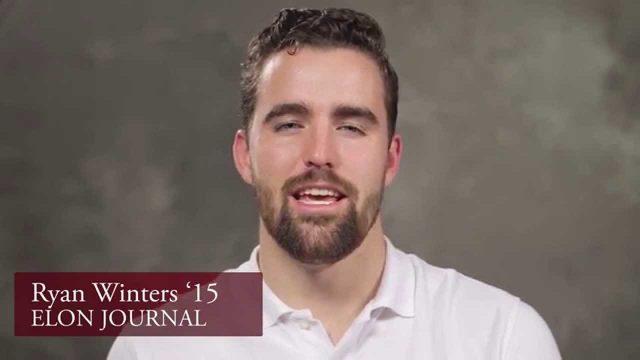 Think of your typical college basketball team, which plays a rotation of about eight players. Divide those eight players across four years of recruits. Simple math tells us that you’re typically going to want at least two guys per recruiting class to be a part of your rotation. Again, Matheny’s recruiting classes have failed to do that 50% of the time.

Max attempts to apologize for criticism in paragraphs above…

Now, to be fair, Matheny and his staff have also managed to strike gold on a couple of recruiting classes. The 2010 recruiting class featured four really good players in Jack Isenbarger, Sebastian Koch, Ryley Beaumont, and Lucas Troutman. This season’s group of seniors (the recruiting class of 2015) has also been one of Matheny’s bright spots. Tyler Seibring, Steven Santa Ana, Sheldon Eberhardt, and Dainan Swoope have all played major roles during their careers. In the case of Tyler Seibring, he’s done more than play a major role. He’s become Elon’s all-time leading scorer and rebounder at the Division I level. Pretty, pretty, pretty good. The class of 2014 is also worth a mention here, as it featured Dmitri Thompson and Elijah Bryant (the CAA’s 2014-2015 Rookie of the Year), but Bryant transferred to BYU after just one season in the maroon and gold.

Elon’s Basketball program has also seen a lot of changes outside of Matheny’s control. The Phoenix moved from the Southern Conference to the CAA after the 2013-2014 season, which almost definitely affected recruiting. And the move from Alumni Gym to Schar Center may have had a multi-year effect on recruiting as well.

For Elon to become a consistent CAA contender, it needs to recruit classes that include 2+ “productive careers” more than 50% of the time. So far, in just one season at Schar Center, signs seem to be pointing in the right direction. Elon’s current crop of four freshmen – presumably having been recruited with the promise of playing at Schar Center – are all averaging 12+ minutes per game this season. Compare that to Elon’s current sophomore and junior classes, which when combined, feature just one player who plays more than 10mpg. While I don’t think there’s evidence to support that the current freshmen class will be as productive as the classes of 2010 or 2015, it is nice to see multiple guys who should contribute in the years to come.

Overall, I’d think that Schar Center is about on schedule with where you’d realistically want it to be after year one. Elon struggled to a 5-11 home record this season, but Schar Center wasn’t built to be a “quick fix.” Hopefully, Schar Center will be a major part of building a consistent contender. There are reasons to believe the Phoenix is trending in the right direction. Elon ticketing staff appears to have built some momentum within Elon’s surrounding communities. This year’s freshmen class has also certainly been a bright spot. And as the team (hopefully) continues to improve, student support should improve too.

In fact, there are signs that the team has already improved in the Schar Center era. Let’s remember that – at 7-11 – this year’s Phoenix squad finished with a better record in CAA play than last year’s team (6-12). So while there are plenty of gaps that still need to be bridged, Schar Center has positioned itself to be a major factor in helping the Phoenix cross the bridges at an exponentially greater pace.

See you next Schar.