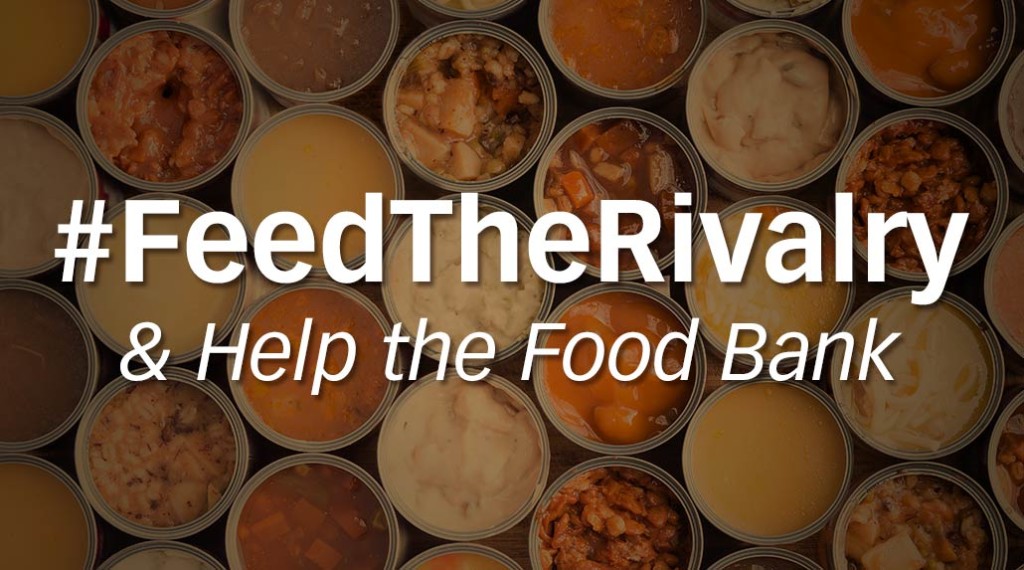 The following news release was distributed. Thanks to all who supported us and the Food Bank!

Raleigh, N.C. (December 4th, 2015)-SportsChannel8, a digital news network covering North Carolina and national sports headlines through a North Carolina lens, orchestrated a Twitter fundraiser to benefit the Food Bank of Central & Eastern North Carolina on November 28th. The fundraiser, held during the backdrop of the UNC vs. N.C. State football game, had local businesses pledging a $1 for every tweet of #FeedTheRivalry at SportsChannel8’s Twitter handle to The Food Bank. Six Triangle business participated and over $1000 was raised.

“The holiday season is a terrible time for anyone to be hungry,” said Jennifer Caslin, Public Relations and Marketing Specialist for the Food Bank of Central & Eastern North Carolina. “This donation will provide 5,000 meals, which shows that businesses of any size can make a significant impact.”

Participating businesses were Your Service Professional, Bull City Solutions, Express Yourself Paint, Steve Arrington-Farm Bureau Insurance, Alossi Renewal Spa and Tradition Scarves. SportsChannel8 had the businesses donate their pledges online on Giving Tuesday, December 2nd, where all donations were matched from Food Bank sponsors Ralilinc Coporation and Harris Teeter up to $20,000. The Food Bank reached their goal, thus raising a total of $40,000.

“We were glad to participate in #FeedTheRivalry and help the community. SportsChannel8 did a great job engaging the public with their social media savvy,” said Andrew Watkins, co-owner of Your Service Professional, locally owned and operated heating, cooling, and plumbing contracting company in Raleigh. “We also thought it was significant the fundraiser was held during Small Business Saturday, exhibiting the impact small businesses can have when we work together,” he added.

SportsChannel8 is a digital sports network, providing video, audio, written, and social content that taps into the fun of being a sports fan in North Carolina. As featured on nationally syndicated TV show Right This Minute and many other media outlets local to the Tar Heel state, the SportsChannel8 Team leverages their unique humor and acute understanding of the deep-rooted common ground that’s shared between each individual fan base in North Carolina. For more information, please visit www.sportschannel8.com.