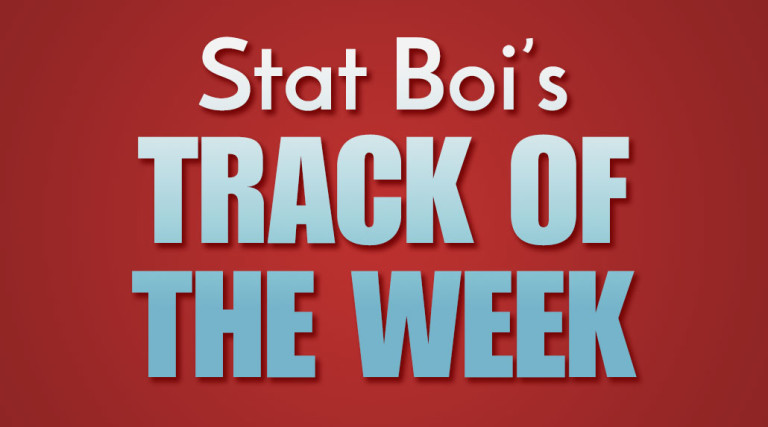 Football is back! Yay. That was quite the opening weekend; of course we’ve got you covered with all of the recaps, takeaways, gifs and SEC schadenfreude your heart desires. Other than Bama (shocker), wow, are they bad, which fills me with joy and happiness.

If you’re in the market for a song/album/whatever to bridge the gap from week one to two of college football, well, you’ve come to the right place. Two Fridays ago, noted Los Angeles Clippers fan Vince Staples released his first piece of work since last year’s masterpiece Summertime ’06: a 21-minute long EP titled Prima Donna.

Staples and I don’t see eye-to-eye on Chris Paul, hands down the best point guard of the last decade, but that won’t dissuade me from praising this extended play. The record is excellent, top to bottom, and there are easily three or four bangers, including the track of the week: “War Ready.”

This song, which is produced by the invariably awesome James Blake, samples famed Outkast track “ATLiens” — perhaps the greatest 3:50 seconds of music ever created. That’s cool, and makes “War Ready” worth a few minutes of your time:

The reemergence of football also means the return of fall, and if you’re a denizen of the Research Triangle, it likely means you’re aware of Hopscotch Music Festival. Hopscotch is an awesome event located in downtown Raleigh that spans three days, Sept. 8-10, and includes a plethora of cool events and concerts in a variety of venues. The headliners are pretty insane this year — Beach House, Erykah Badu, Young Thug, Anderson Paak (my man is having a moment right now) and local stars Sylvan Esso.

Staples will be among this group, too. He’ll take the City Plaza stage around 7 p.m. Saturday night. My recommendation: skip the Tim Beckman Bowl, which gets started around 7:30 p.m., and come see this dude perform Saturday night in DTR.