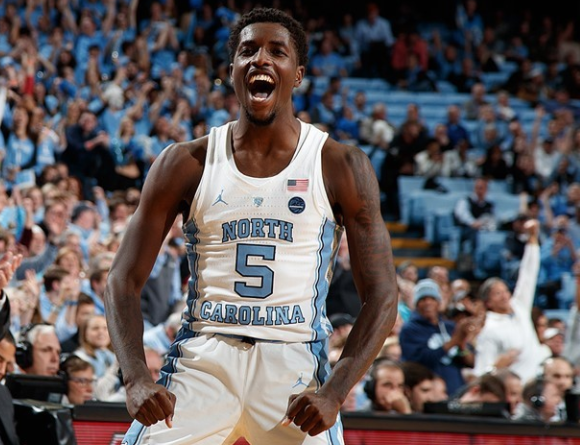 The No. 11 Tar Heels quickly made it a laugher, using a 20-0 run and an eight-minute WCU scoring drought to roll into the exam break with a 104-61 victory Wednesday night, with 51 of those points from freshmen.

Precision from the perimeter

The Tar Heels are playing without Cam Johnson, who was supposed to be their best 3-point shooter. After watching the perimeter display against Western Carolina, you could argue that this might be the best outside shooting UNC team in years when Johnson returns after tearing the meniscus in his left knee.

Not many UNC teams can put four players on the court at once who can hit 3-pointers. In a traditionally Duke-like dynamic (before this season, anyway), UNC scored more points Wednesday from 3-point range (48) than from the inside (40).

The Tar Heels shot better from 3-point range (72.7%, a school record when taking 20 or more attempts) than from 2-point range (48.8%) on their way to a season-high 16 3-pointers, tied for the second-most in program history.

“You can see it after practice,” Kenny Williams said. “You see so many guys staying after practice putting up extra shots, so that’s really no surprise to see the ball go in tonight. Once guys see a couple of them go in, everybody’s confidence goes up and I think that’s what happened tonight.”

The accuracy was just one element. Another was the depth of the shooting, with Jalek Felton (4), Kenny Williams (3), Andrew Platek (2), Luke Maye (2), Joel Berry (2) and Brandon Robinson (2) all making multiple 3s.

Felton knocks down another 3.

UNC obviously won’t have many nights that productive from the perimeter. But Berry says that the team’s makeup creates a dangerous weapon when facing taller ACC opponents.

“We still want to get the ball inside,” he said. “But with Luke being able to pop out to the wing and the outside, having that three-ball will be good for us whenever we can’t get the ball inside with people having length over us.”

Platek said that although his high school team made a lot of 3-pointers, he’d not seen a game like this one.

“I’ve been around good shooters my whole life,” Platek said. “But to see this at the college level where it’s so much faster and so much harder to get good shots, to shoot like this is very impressive.”

Normally, the point guard is your best passer. It tells you a little about Joel Berry’s style and a lot about the overall skill set of the Tar Heels that this isn’t the case for Carolina. When the last of the starters went to the bench with four minutes left, 28 of the Tar Heels’ 33 field goals were assisted.

Kenny Williams has shown his passing ability, but he had only one assist Wednesday. Theo Pinson led the way with seven assists, Maye and Felton had five, Berry four and Platek three.

“I think we do a great job of sharing it and just finding the open guy,” said Berry, who added that this was the best passing team he’s played with at Chapel Hill. “When we’re just sharing the ball and making shots, it just makes it that much better.”

Maye is taking advantage of the attention defenses are giving him. In the second half, he drove the lane past a defender and made a nice pass to Garrison Brooks for an easy layup.

When will UNC get a full roster?

Carolina started the season without Berry and Johnson. Berry returned quickly from his hand injury, and Johnson is expected back by the end of the month. But there’s no telling when you’ll see guard Seventh Woods in a game again.

He was wearing a suit and a walking boot on his right foot as news came today that he suffered a stress fracture in that foot and is out indefinitely. Unlike the definition used last year at Duke, that will mean a lot more than just one game.

“We kept testing, testing and testing and we finally figured out what it was,” Coach Roy Williams said. “We don’t know how long, so Jalek has been getting extra reps in practice all week.”

UNC hasn’t played with a full roster since the Virginia Tech game on Jan. 26.

While Coach Williams continues to push for his three freshman big men to play better on defense, the trio is playing well otherwise. They combined for 22 points and 18 rebounds against Western Carolina, led by nine points each from Brooks and Sterling Manley. Manley and Huffman, who scored four, each had two blocks.

When you add the consistent production from Maye, the frontcourt looks a lot more talented than most expected before the season. Maye finished with 12 points and 12 rebounds and already has more points in 10 games (199) than he scored last season (194) in 35 games.

“We’ve got to get better defensively, particularly defending guys around the rim,” Coach Williams said. “We’ve got to be more solid with our defense so they don’t get direct drives to the basket. Got to rebound the ball even better.”

Brooks has, however, won the team’s defensive award three times.

After Shea Rush missed a potential biscuits-clinching 3-point attempt Sunday against Tulane, the crowd began to chant, “we want biscuits” with about three minutes left.

With Aaron Rohlman’s short jumper, one of the loudest cheers of the night came down from the crowd of 12,720.

North Carolina just finished a stretch of three games in seven days and eight games in 17 days. But the Tar Heels have nothing on referee Tony Greene.

Wednesday was the 27th day of college basketball season, and the UNC-WCU game was already Greene’s 19th in 12 states. He also has done a game this season at the Cayman Islands.

If you wonder how an official might miss an obvious call, the answer could be fatigue. Without any real regulations, the schedule for some college basketball officials is a lot crazier than even that of NBA referees.

Wednesday’s game in Chapel Hill was Greene’s fourth game in four states in five days. He went from a Saturday game in Oxford, Miss., to a Sunday game in Tuscaloosa, Ala., to Tuesday night’s Boston University at Miami game.

Greene is not the busiest referee. That distinction goes to Ed Corbett, who worked the Syracuse-Connecticut game in New York on Tuesday night for his 23rd game of the season, most of them in the Northeast. But he also did five games in Jamaica. 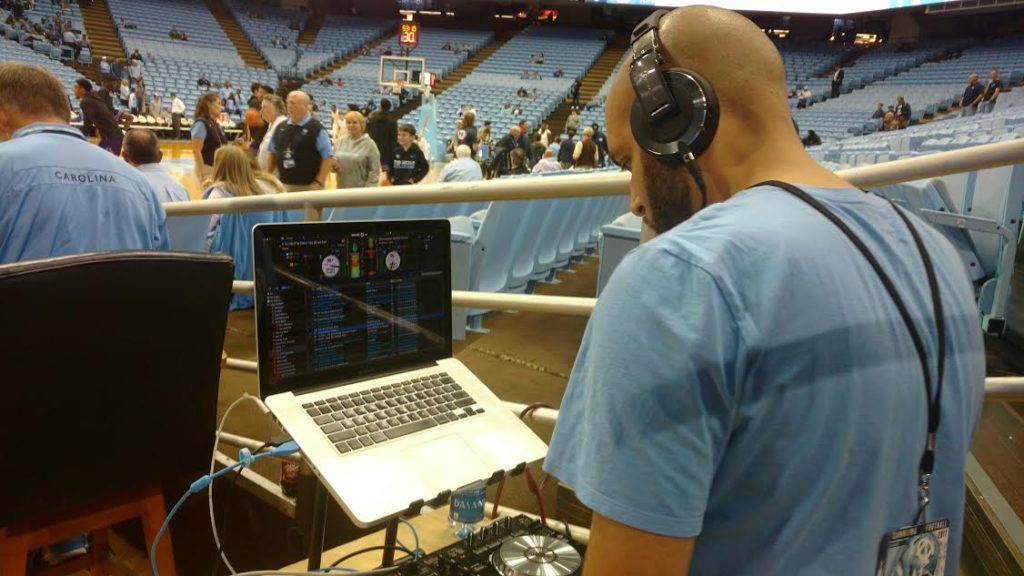 Pregame: When there are hip-hop sounds to beat the band

You’ll never hear more contrast in sounds than before a Carolina basketball game at the Smith Center. This isn’t your father’s gameday musical experience of years ago, and certainly not what you heard when the Tar Heels played in Carmichael Auditorium.

Starting when 60 minutes are put on the scoreboard counting down to time for the national anthem, Jordan Chavis aka DJ Forge spins hip-hop and other musical sounds for 25 minutes. The music is probably catered more to the young players and fans than for the older folks who attend games. (editor’s note: in theory, the DJ should play through the first two TV timeouts of the first half, when the older folks actually show up.)

After 25 minutes, the UNC pep band takes over with more popular music sounds, with Chavis slipping in for a few songs before ceding to the pep band for the game.

You can sense that the older fans might enjoy when the shift to the band occurs, even if their playlist also includes contemporary tunes like “Uptown Funk.” Of course, there might be differing opinions from young fans.

Tweet of the Game: An indirect route to the basket

Theo Pinson’s route to the basket is like Billy’s route around the neighborhood in Family Circus. Crazy but it works. pic.twitter.com/xd8dI2fHWL