There will be more Carolina Hurricanes coverage later this year as The Athletic’s wave of expansion reaches North Carolina.

The ad-free, subscription-based website will have full-time hockey beat writers in all 31 NHL cities before the start of next season, meaning a dedicated writer for the site will cover the Canes.

“I want to have somebody covering the Hurricanes by the start of next season, so the end of September, hopefully earlier,” said James Mirtle, the editor-in-chief of The Athletic’s hockey vertical. “Hopefully in time for training camp, but we want to make sure we get the right person.”

This could be only the start of the expansion into our area, with a possible The Athletic North Carolina vertical also in the works.

“We are looking at the possibility of launching in North Carolina but are still very much in the early stages of looking at that market,” Taylor Patterson, The Athletic’s director of communications, said via email. 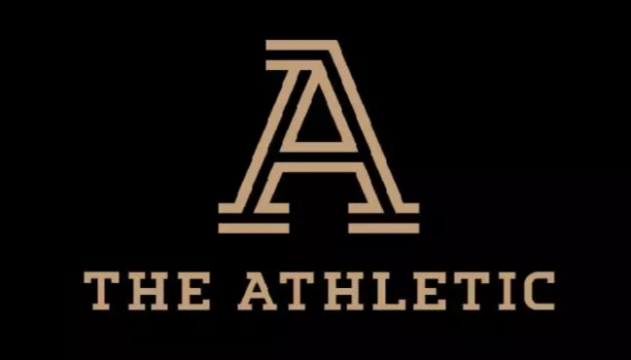 The website started with a Chicago site in January 2016, and a Toronto site was added in October 2016. It now has 22 U.S. city/state sites (the lone state site so far is Minnesota) with the recent addition of Buffalo. There are eight Canadian city sites (two for Montreal).

“I know for sure that it’s a priority for us to have someone on the Hurricanes and eventually we will want to have a full site for North Carolina,” Mirtle said. “The company wants to be in every market and covering every team. It just takes time for us to build up staffs in all of these cities.

“We’ve been really aggressive so far, and we just want to make sure we don’t make mistakes in going too fast in wanting cities,” he said. “I would say that eventually, we’re going to be there. We do a lot of background research before we go into a market.”

The Athletic already has a full-time writer living in the Triangle, C.L. Brown, who writes for The Fieldhouse. Given the college sports coverage from that site and from The All-American, an Athletic North Carolina may focus more on pro sports.

A statewide focus, including coverage of the Charlotte Hornets and the Carolina Panthers, would be expected even though the inactive Twitter account @TheAthleticRDU was set up in September. It was one of many set up well ahead of expansion just in case the account was needed.

A year ago, The Athletic only had hockey reporters specifically assigned to four teams — the Toronto Maple Leafs, the Chicago Blackhawks, the Detroit Red Wings and the Columbus Blue Jackets — but now has writers on the beat for 26 teams after the addition in the last couple of weeks of writers covering the Los Angeles Kings and the Buffalo Sabres.

“I’m excited to finally get every NHL city covered with a beat writer,” Mirtle said. “No company has ever done something like this before, so it’s pretty neat to see it working even in some of the smaller markets like Anaheim, where we just hired Eric Stephens and he’s done a really good job in the first few weeks.”

Both Stanley Cup Final foes — the Washington Capitals and the Vegas Golden Knights — along with the Arizona Coyotes and the Florida Panthers are expected to also be covered by an Athletic beat writer for the first time next season.

In addition to the writers in NHL cities, The Athletic boasts Mirtle and former ESPN writers Pierre LeBrun and Scott Burnside, as well as Justin Bourne, Cory Pronman and Tyler Dellow.

The only current non-broadcast outlets that cover every home Canes game and send full-time employees are The Associated Press (which sometimes uses stringers), The News & Observer and the North State Journal. The Times-News of Burlington covers many home games, in addition to the Asheboro Courier-Tribune. Local and national websites also cover Canes home games, and WCMC afternoon drive-time co-host Adam Gold writes about the team extensively for WRALSportsfan.com.

“We see an opportunity with a team like that probably in need of more coverage and the demand for more coverage of the team,” said Mirtle, who wouldn’t commit to covering all Canes road games. “Maybe not every single game to start, but our intention is that we would have as comprehensive coverage as we can support with how many subscribers we can get.”

Despite the Hurricanes ranking 29th in the NHL in attendance last season, Mirtle is confident that there is enough interest to merit The Athletic having a beat writer for the team.

“The way our model works, covering niche teams in sports has worked well because it’s reader-funded,” Mirtle said. “We probably only need two- or three-thousand subscribers on the Hurricanes to make that viable to have a writer there covering that team.

“We don’t need 20,000 people to sign up for Hurricanes coverage to make it viable for us. We don’t need huge, huge numbers to justify covering a team,” Mirtle said. “Our NHL package of national writers and everything has been so strong and so successful that I think it can help subsidize those other teams as well if we need to.”

In recent years, The N&O is one of about a half-dozen of the largest newspapers in NHL markets that doesn’t extensively cover road games. With no playoff games since making the 2009 Eastern Conference finals, The N&O has only generally covered a road game in recent years when it’s the season opener.

Should the Hurricanes coverage drive up The Athletic’s subscription totals enough, there’s always the chance that The Athletic will hire a second Canes writer and expand coverage of road games.

“We launched Buffalo a couple of weeks ago and so many people signed up that we hired three more people and we’re doing more travel. We’ll be investing more in Buffalo. Some places we start with just one person and we grow as subscriptions grow,” Mirtle said.

An example of first hiring one hockey beat writer is Tampa, where, in April, The Athletic hired Joe Smith (an N&O intern in 2003) away from the Tampa Bay Times, where he had covered the Lightning since 2014.

The Athletic has lured several former newspaper beat writers who have covered various sports. Stephens previously had covered the Ducks for The Los Angeles Times and the Orange County Register.

The N&O does a good job of covering the Canes with its beat reporter since the 2008–09 season, veteran sports writer Chip Alexander, and its sports columnist, former Hurricanes beat writer Luke DeCock. Sports Editor Cory Lavalette covers the Canes for NSJ and Joedy McCreary is The AP’s Canes reporter.

What are the qualities Mirtle seeks in a Canes beat writer?

“Ideally, it would be someone that the fanbase knows and really likes, but it doesn’t have to be,” he said. “We’ve had the most success hiring an established beat writer of a team. We want to have really in-depth, smart coverage so we’re going to be looking for someone that can provide that.”

Local candidates, if they were interested in leaving their current outlets, could be any of the aforementioned Canes writers or perhaps Kurt Dusterberg, who covers the Canes for NHL.com. The Athletic last week hired Joe Yerdon as its Sabres beat writer. He previously covered the Sabres and Leafs for NHL.com.

Mirtle says that covering the team for The Athletic will be different from newspaper coverage with less daily coverage and fewer game stories.

“We give people a lot of time to work on stories, if necessary,” Mirtle said. “We give people a long word count. It’s not uncommon for us to have 3,000-, 5,000-word stories on our site. We’re trying to bring that in-depth reporting and analysis back.”

“The stuff that I write now is a lot longer and in-depth,” Mirtle said.

Excited to announce that I've been hired as editor-in-chief with @TheAthleticTO, a great new startup site in Toronto.

Mirtle has seen an incredible expansion since he joined The Athletic Toronto.


“I had no idea what it was going to be when I joined,” Mirtle said. “I think they only had six or eight full-time employees when I started. A lot of our funding wasn’t in place at that point. I thought it was going to take a long time to get to the point where we are at now. It’s only been 18 months and the growth has been really, really incredible. The biggest reason for that is that so many people have signed up.”

He’s heard the skeptics who wonder about the viability of The Athletic if the venture capital money stops coming in, but he has no doubts.

“I’m incredibly confident,” Mirtle said. “They don’t know how many subscribers we have. They’re guessing. The reason why we’ve grown so fast is that so many people have signed up.”

On WRALSportsFan.com, Lauren Brownlow wrote about Matt Guerrieri, who, despite not playing at Duke, went from graduate assistant on the Blue Devils’ football staff to position coach to now co-defensive coordinator before age 30.

After the shooting at the Capital Gazette in Annapolis, Md., Ed Hardin of the News & Record of Greensboro reflected both on hostilities toward the media he has personally experienced and John McNamara, one of the shooting victims, who used to cover the ACC.

Who are the top 100 players in Carolina basketball history? In a list that is no doubt sparking a good bit of debate, Adrian Atkinson used analytics to come up with a list for Inside Carolina. Michael Jordan didn’t make the top three.

In The N&O and Herald-Sun, Ron Morris wrote about young baseball prospect Reece Holbrook, who battled and eventually defeated acute lymphoblastic leukemia as a child growing up in Chapel Hill. The son of former UNC assistant coach and current College of Charleston head coach Chad Holbrook, the rising sophomore in high school has committed to play for the Tar Heels.

There was a flurry of “Bull Durham” stories last month. One you may have missed was written for The Ringer by Alan Seigel, which includes lots of insights from writer/director Ron Shelton and a nugget about a funeral scene that was cut.

In Deitsch’s latest Sports Media Podcast, he talked to Molly Sullivan, a former ACC champion swimmer at UNC. She lost her job as the sideline reporter for Philadelphia 76ers TV broadcast because of “streamlining,” despite being praised for her work by fans and the team.