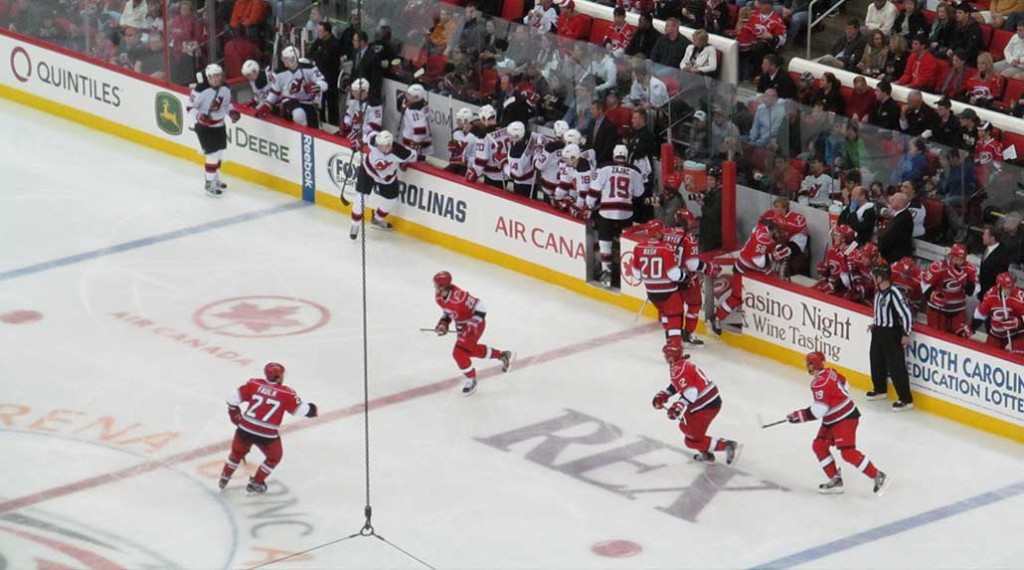 It’s hockey season in North Carolina, which means…well we’re not always sure. Like most North Carolinians we check the standings after the Final Four wraps and if the Hurricanes are near the playoff hunt we are ALL IN for the Canes (did someone say tailgating?)

But no longer. We’re covering the Carolina Hurricanes with the same ardent fervor that we tackle all North Carolina sports. Most of that coverage will revolve around the official SportsChannel8 Chuck Kaiton Playoff Beard-o-meter. [note: though the hyphens are included for visual taste, it should be pronounced ‘Beardometer’ not ‘Beard O’Meter.’ Think ‘barometer’] It’s pretty simple: the longer Chuck’s playoff beard, the better the Canes’ chances of playing deep into tailgate season.

Look for the Chuck Kaiton Beard-o-meter to appear from the SportsChannel8 twitter feed throughout the season based on Hurricanes games and other news. Yes, we realize it may be a little high after an 0-3 start to the season. Bear with us, we’re working on the formula.

Also, don’t forget there are lots of good ways to attend Hurricanes games. Hit us up if you’re tailgating. And for even better Hurricanes coverage, check out the guys at Section 328.