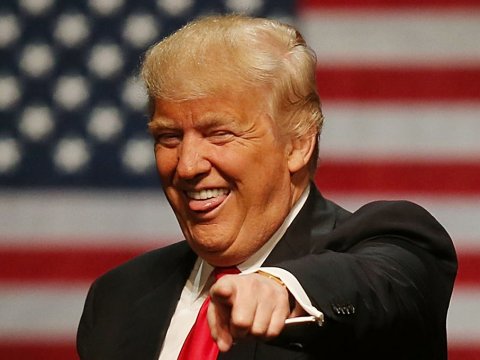 In its recently released national poll regarding the presidential election and other issues, North Carolina based Public Policy Polling  included some head-to-head comparisons to more tangibly quantify where Donald Trump ranks among other unlikeable things (and before you accuse us of taking a political side, you’ll notice the same poll includes his numbers against Hillary Clinton, whom we can only assume was included in the poll because of her unlikeability as well.) 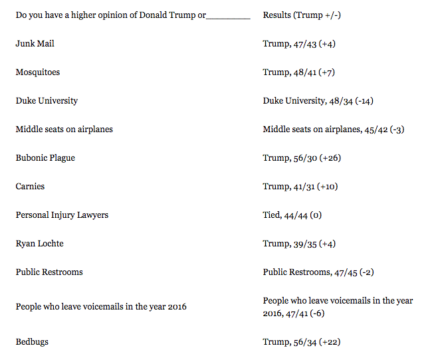 Now, certainly some Duke fans will roll their eyes at their school’s inclusion in the poll as furthering the tired trope of hating Duke. But, we at SportsChannel8 see two reasons to view this positively. 1) People had a higher opinion of Duke than Donald Trump. Respondents also had higher opinions of middle seats on airplanes, public restrooms, and people who leave voicemails in 2016. Trump triumphed over junk mail, mosquitos, the plague, carnies, Lochte, and bedbugs. And 2) at least the question wasn’t “who do you hate more, Trump or white guys who play basketball at Duke?”