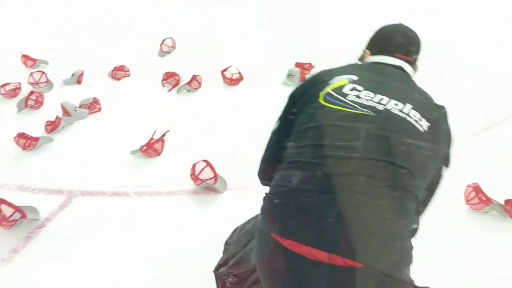 In the Hurricanes’ home opener Friday night (a 3-2 victory over the Rangers, suck it opposing fans who came out to ruin opening night) the PNC Arena crowd encountered the rare occurrence in sport when the one of the biggest cardinal sins of fan behavior–throwing something on to the playing surface–becomes completely acceptable: the Hat Trick in hockey.

The Canes’ Jeff Skinner netted the requisite third goal at the very end of the second period…. 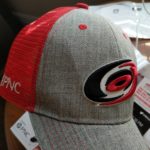 ..or so we thought at the time. Turns out Skinner’s shot was deflected in by Bryan Bickell. But that wasn’t going to stop the Opening Night crowd from taking their opportunity to let the lids fly. Did I mention it was also free hat giveaway for the Hurricanes? It was a pretty sweet mesh cap. And there were a lot of them.

Because of the hat trick mishap–and because a large majority of the free giveaway hats had never even been worn–the Hurricanes first attempted to re-distribute giveaway hats. The Storm Squad were handing them back out inside PNC to fans who wanted them.

We're handing free hats back out, hopefully just to be thrown on the ice again! #Redvolution #NYRvsCAR pic.twitter.com/JNkHckQTdG

But seeing all the hats collected had me thinking: what happens to all the hats that get thrown on the ice normally for a hat trick?

I asked the always helpful Doug Warf in the Canes front office what happens to hats thrown on the ice for hat tricks.

“We actually freeze them, which kills any potential bacteria,” Warf told me via email, saying they use their walk-in freezers and leave the hats for a day or two. “Then we donate them. If the player doesn’t have a charity of choice, we donate them to children’s hospitals and charities in the area.”

No surprise the Hurricanes would not just throw out the hats. I would be willing to bet at least a few of those hats that get donated get signed by players, too. My only lingering question: since Skinner didn’t actually record a hat trick, does he still get to pick the charity?