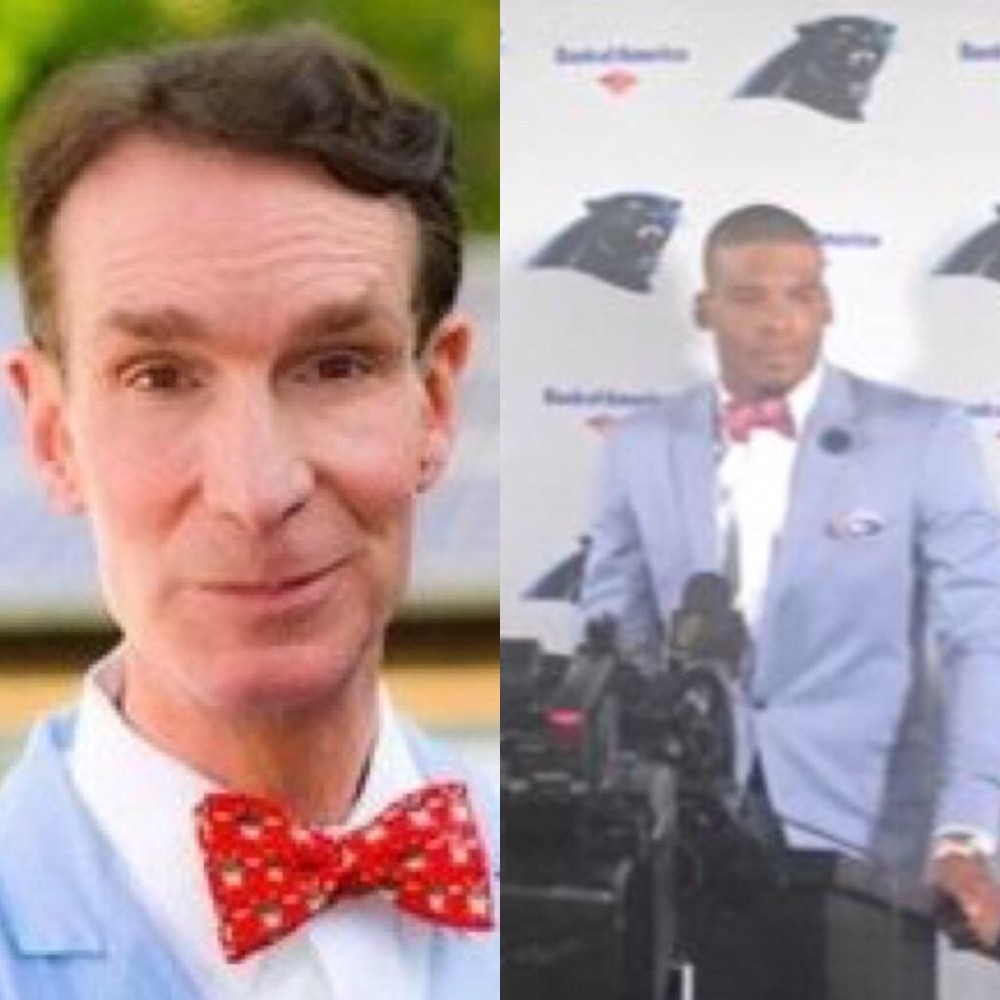 Carolina Panthers quarterback Cam Newton once again led his team to victory on Sunday with a 34-17 win over the Tampa Bay Buccaneers. He also seems to have his post game wardrobe down to a science, as he sported a stylish blue suit with a red bow tie. But is he mimicking a man of science?

Once again the Sports Channel 8 team has found evidence that Cam’s sense of style may not be a original as his play on the football field.  If you’re a fan of Bill Nye the  Science Guy, you’ll quickly see our theory rings true.

Generally there are six steps in the scientific method but in this case we’ll add a seventh-Who wore it better? This week we asked the syndicated morning radio show Woody & Wilcox their thoughts:

“In this case, Cam. HOWEVER, if they were playing a best of 7 series of ‘who wore it better’, it’d be tight. We’d like to suggest a winner take all tag team cage match that would ALSO include old time popcorn king Orville Redenbacher. We’d pay per view for that!“

Looks like Cam is victorious off the field this week, bringing his “Who Wore It Better” record to 2-1. The Panthers have a bye this week, so we’ll revisit  Cam’s week 1 outfit in our next post.  Stay tuned!