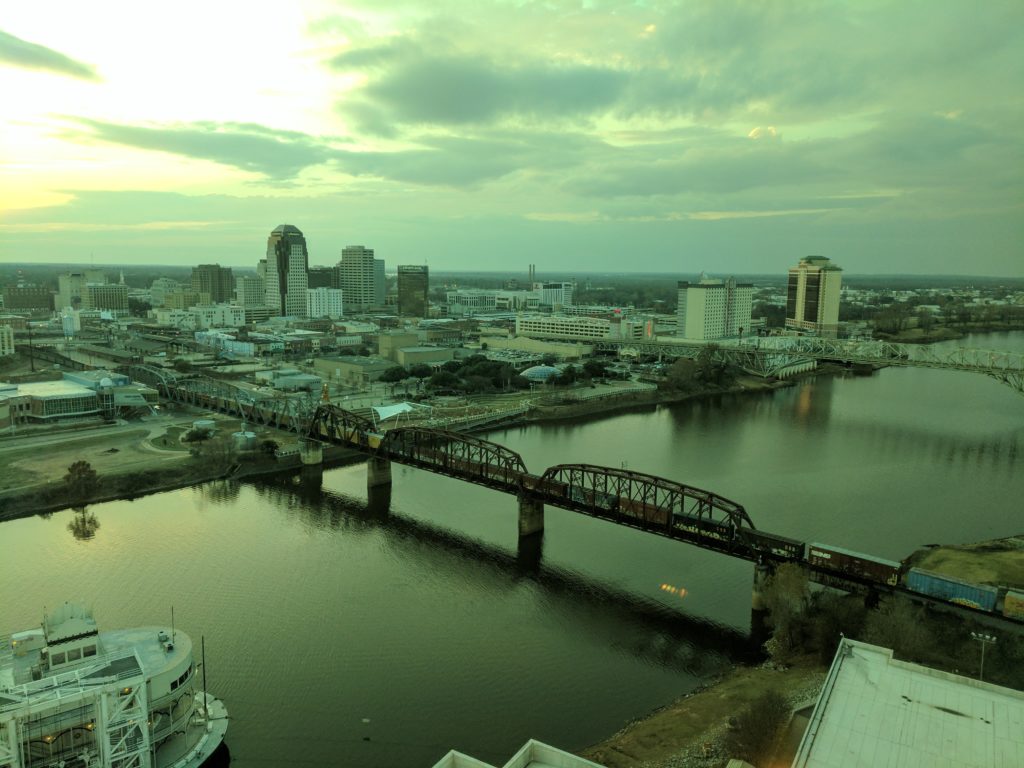 I assumed I’d lose some money in Shreveport–if you’re staying in a casino on Christmas Eve your activities are pretty much destined to be “sit at a blackjack table” or “watch ‘A Christmas Story'” until you fall asleep (do you go with TBS or the more traditional TNT? They BOTH air it all day now). 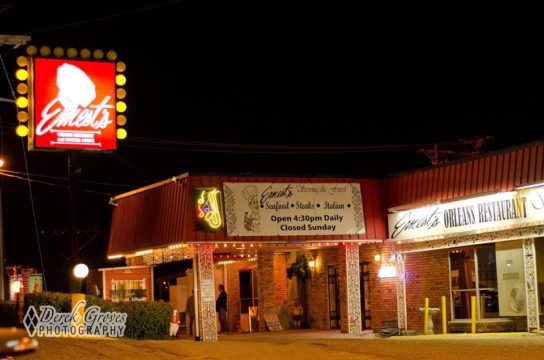 What I didn’t expect was a city with an airport and a football stadium and a boardwalk and several shiny hotels to not have Uber–which, after electricity and internet, would seem to me to be the priority service to provide both residents and visitors. Even more perplexing? Cab drivers not only don’t take credit cards–THEY DON’T CARRY CASH.

I hopped in a ride to Ernest’s Orleans Restaurant for the Camping World Independence Bowl media dinner and the driver, Jenn, was very friendly–we chatted and she had even lived in Greensboro for a time. When we arrived my fare was six dollars, and Jen informed me she didn’t have cash/change. She offered to let it go–drop me off without paying–but I assume this was a clever psychological ploy–she had sized me up as someone who would not stiff a cab driver on Christmas Eve (who needs that karma?). Instead I handed her a 20-dollar bill and told her it was no problem and Merry Christmas. She told me she’d be happy to pick me back up at the end of dinner. I was skeptical but took her card nonetheless. 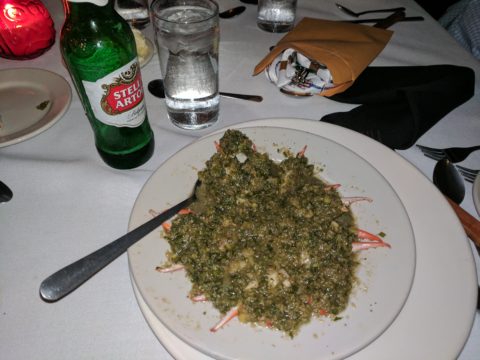 don’t have to look good to taste good

Ernest’s Orleans restaurant was the closest I’ve come to feeling like I was in the restaurant Joe Pesci’s character operated in ‘Casino’. It was poorly lit, the decor screamed 1978, and the food was authentic and outstanding. Upon sitting down for the media meal, we were asked to select either the steak or the snapper. By the time the steak I ordered arrived, it was irrelevant as I had dine on marinated crab legs that looked like a plate of vomit but tasted amazing, a lightly fried shrimp cocktail that made me realize why “shrimp cocktail” ever existed as an appetizer and, most delicious of all: a cup of flaming gumbo. 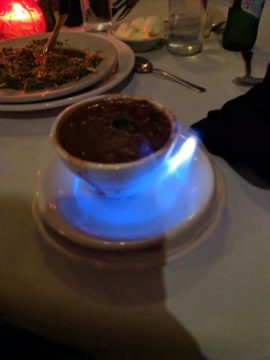 The best part of dinner was observing and meeting the local Shreveport media folks in attendance. The “sports media gang” exists in any market that is big enough to have a couple local colleges and a pro market within a 4-hour driving radius (so basically everywhere except Alaska, Wyoming, and part of the Dakotas…I guess they cover a LOT of preps there). Sports media folks have two types of co-workers: 1) the other people who are employed at their same office but who often keep different hours and do totally different things from the sports people and 2) other sports media people in the market who technically are competition but are the folks you end up bonding with over late nights, road trips, late start times and shaky press box wireless internet. If you are working in

sports and choose to treat your “competition” as if you are in some true competition, I hate you and I hope you fail at life.

And media gangs all have roughly the same make-up: there are the young local guys who grew up in the area admiring the sports media and wanting to be like the folks they watched and read growing up even after they realized how little money they would make doing it the first decade of their careers, the long-time veterans of the beat who may or may nor be originally from the area but decided at some point this was where they were going to be for good (often for family, but sometimes just the perfect fit of job-person-money-area), and the nomads–folks who have worked similar jobs (often TV anchor) in multiple markets and are waiting for either the big break that takes them to LA/NY or the love interest that keeps them staying in the same place for a while.

The Shreveport sports media gang was no different. You had Rashad, who talked about working as a camera guy and PA before being given a shot to report and anchor sports. Not surprisingly he was not being given enough credit for being the young guy at the station who built up the company’s twitter followers before his bosses even knew what it meant. There was Tim, who had worked in Florida and probably four other places, but who had now met his wife (who works in radio sales) in Louisiana and probably isn’t moving for a while. And there were the grey-beards, folks who had done, seen, and reported it all.

I sat with this crew for a while taking bites of warm bread pudding we all wanted to eat but were too stuffed to finish. The media gang was joking about how Dave Doeren had gotten a little perturbed at their colleague (not present at the dinner) who asked the coach unendingly about the potential for rain during the Independence Bowl, and what factor it might play in the game’s outcome. This is a dynamic that will be repeated throughout bowl season: a coach in a foreign market being pressed to the point that he wants to ask “Who is this guy?” and the rest of the media quietly rolling their eyes…because they know EXACTLY who “this guy” is. 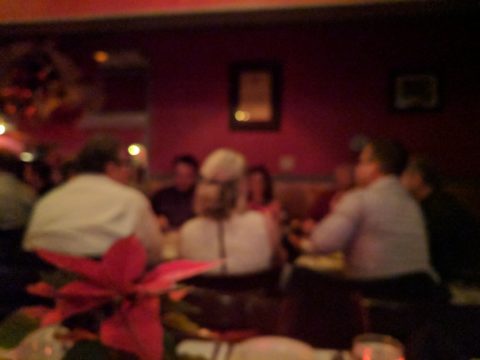 They shared some of “this guy’s” greatest hits around the table, like the time Eli Manning was debuting at Ole Miss and the same reporter hit him with, “Archie Manning…..Peyton Manning…..Eli Manning… (dramatic pause)” to which Eli responded, “Is that a question?”

I enjoyed the stories on their face value, but maybe even more than that it was fun to sent in with a bunch of sports media strangers, knowing that if you tweak the names, faces, and stories just a bit we could have easily been sitting around the same table in Greensboro before an ACC Tournament telling the same stories. Sports media types are sports media type no matter where you find them–and it’s a good bet you’ll always find several of them at the free media dinner, even if some of them have to take their steak to go in order to make the 10pm broadcast.

Not surprisingly, Jenn was busy I when I tried to call in my already paid for cab ride home. But at least cab driver Brad was a thrill-ride. We ran two red lights back to the hotel and if I had been looking for weed in Shreveport, I’m pretty sure Brad could have taken me to the right spot, or possibly handled the transaction himself. After a 4-minute ride back to the Horseshoe Brad suddenly remembered: “Oh, man, I hope you have exact change because I don’t have any cash.” Come on, Brad. While I considered handing him $60 to cover the ride and whatever else he could provide me with, I ultimately decided I was NOT going to be the out-of-towner who gets bilked by every cab driver he meets in Shreveport and I found someone nearby who could break a 20. As it turns out, if you’re going to spend Christmas in a casino, you’re gonna need every dollar you can hang on to.