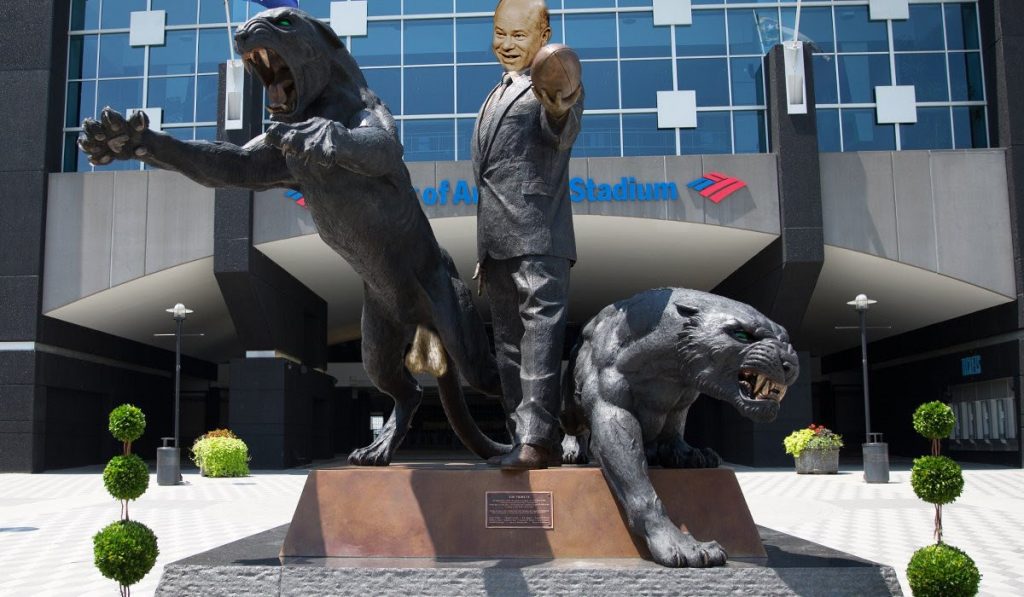 This is David Tepper: 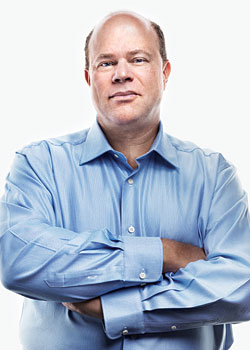 He is about to enter the 32-member NFL Owners Club, one of the most elite, wealthy, powerful clubs in America. More specifically, he’s about to become the owner of the Carolina Panthers, which means you’re about to see headlines like:

How Much Did David Tepper Pay For The Panthers? and

5 Things To Know About New Panthers Owners David Tepper and

OK, so that last one isn’t really a typical NFL owner headline, but it’s written by our man JJones over at SI, so check it out.

All of those things are nice, and if you want to learn some things about Tepper (he’s rich, he’s a hedge fund manager or whatever, he’s from Pittsburgh, he went to Pitt–ACC guy!, he’s a minority owner of the Steelers, etc) you should go read them. But there is only one thing you really need to know about David Tepper: he has a huge pair of brass balls.

No, not the metaphorically macho (and still misogynistic) brass balls that you want your owner to have when it’s time to pull the trigger on a tough roster that will improve cap space but cut a beloved veteran. He literally has a pair of brass testes that he keeps on his desk, apparently on a plaque that reads “The Most Valuable Set Of All Time”. Based on the tone of the business magazine power profile being written on him, the metallic sack is either a good luck charm or an intimidating prop.

If you research Tepper at all, you won’t miss them. The brass balls are on his wikipedia page.

They have made headlines. Some are straight forward with it.

While others a little more coy.

Some use funny pictures in their stories. 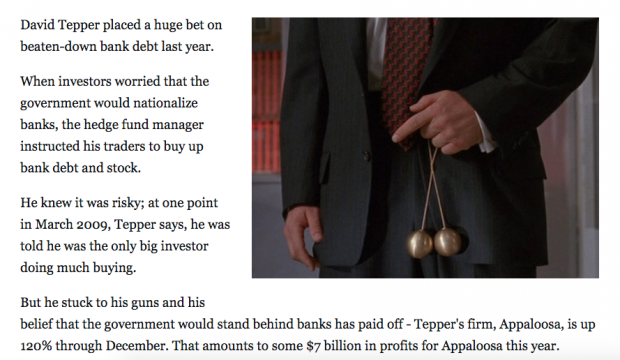 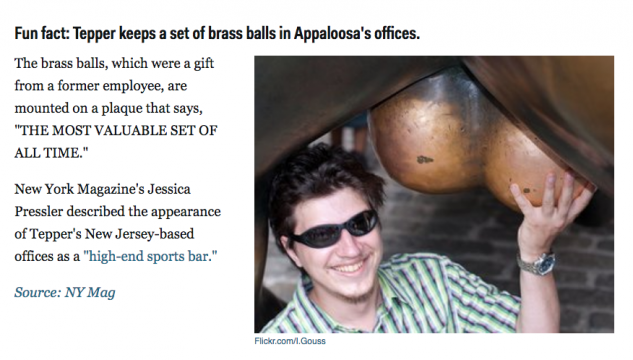 But as far as I can tell, no one has produced an actual photo of Tepper’s testicles. Just photoshops. 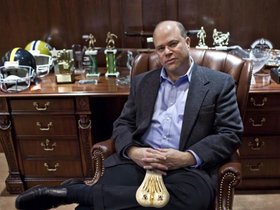 But that won’t stop them from being mentioned.

Tepper seems like a smart guy, a savvy business man who isn’t afraid to think outside the box, and a mostly decent person. I’m betting he’s also smart enough to realize, in the wake of the Mr. Richardson’s Jeans Fridays, that having an office that gives off the vibe of a “high end sports bar”–as it was described in one magazine feature–with brass balls on the the walls probably won’t be a good idea. But the question remains……

Will Tepper bring his brass balls to Charlotte?