At some point in the near future, SportsChannel8 will hold the broadcast rights to the ACC Tournament. And when we do, our first move will be to host a 90 minute gala on the Sunday night following the final Saturday regular season games with live performances, sketch comedy, an ACC news desk segment .. wait, that’s just Saturday Night Live. But whatever, it would be awesome. But the grand finale would be the first ever ACC Tournament blind draw to determine the bracket for the conference championship.

There would be rules, of course, to protect the best and punish the worst. The bottom four teams (this year), or the bottom six if there’s ever a year without a team on a post-season ban, would be locked into the first day and put on the same card in the big fish bowl. The top four teams would be seeded, and protected from playing each other.

Using the top four teams as of right now, UNC, Miami, Virginia and Duke are placed into their own pot, while the other 8 cards are placed in a 2nd pot, 6 with single team names, and two with the pre-defined Wake/NC State and Florida State/Boston College match-ups.

Tuesday : The two play-in games are played to determine winners.

Wednesday: The teams selected for the pot play each other for the right to advance to Thursday.

Thursday: The seeded teams play the team advancing out of their pool.

Here’s how the draw finished:

On to the pool drawings: 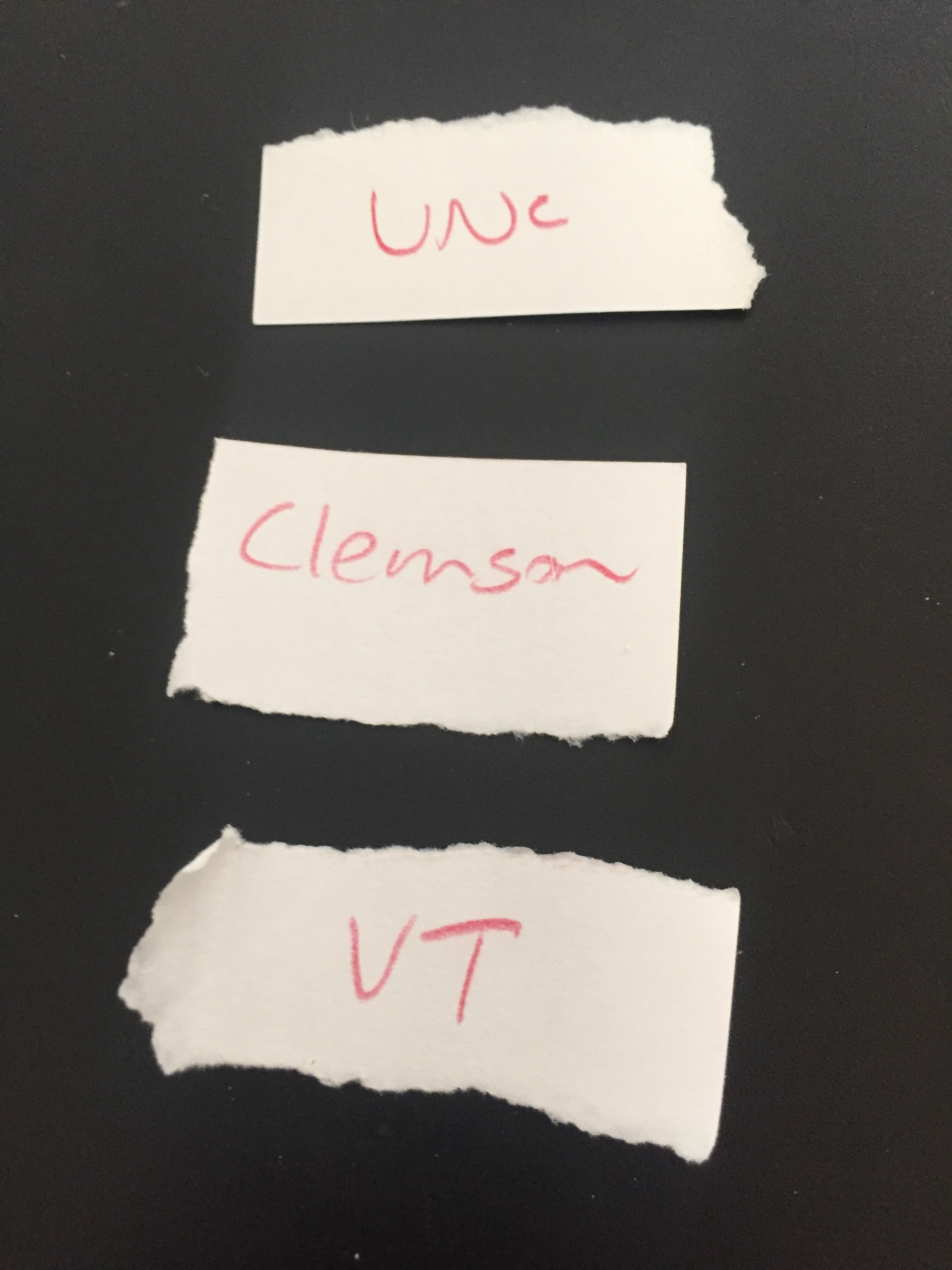 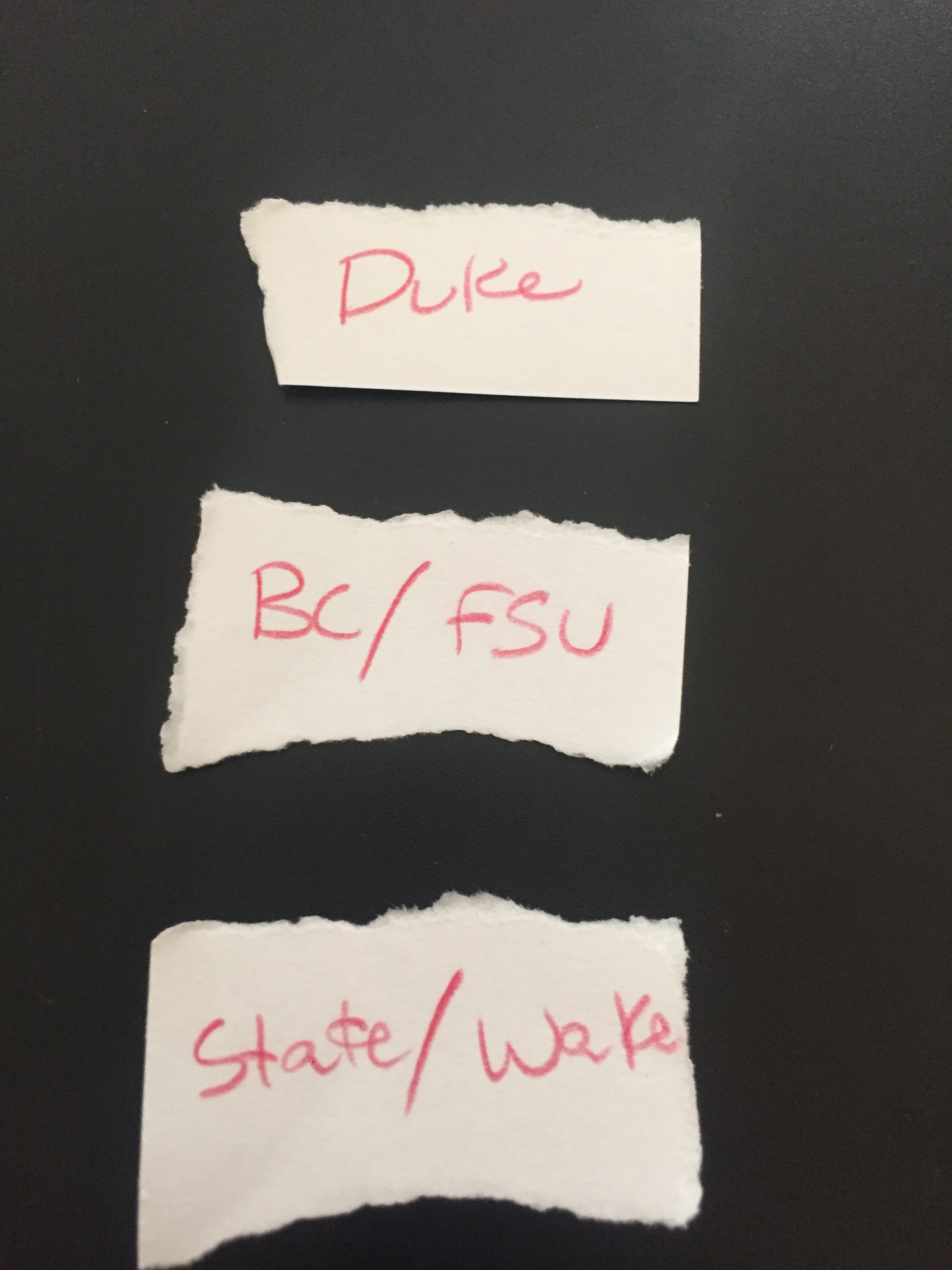 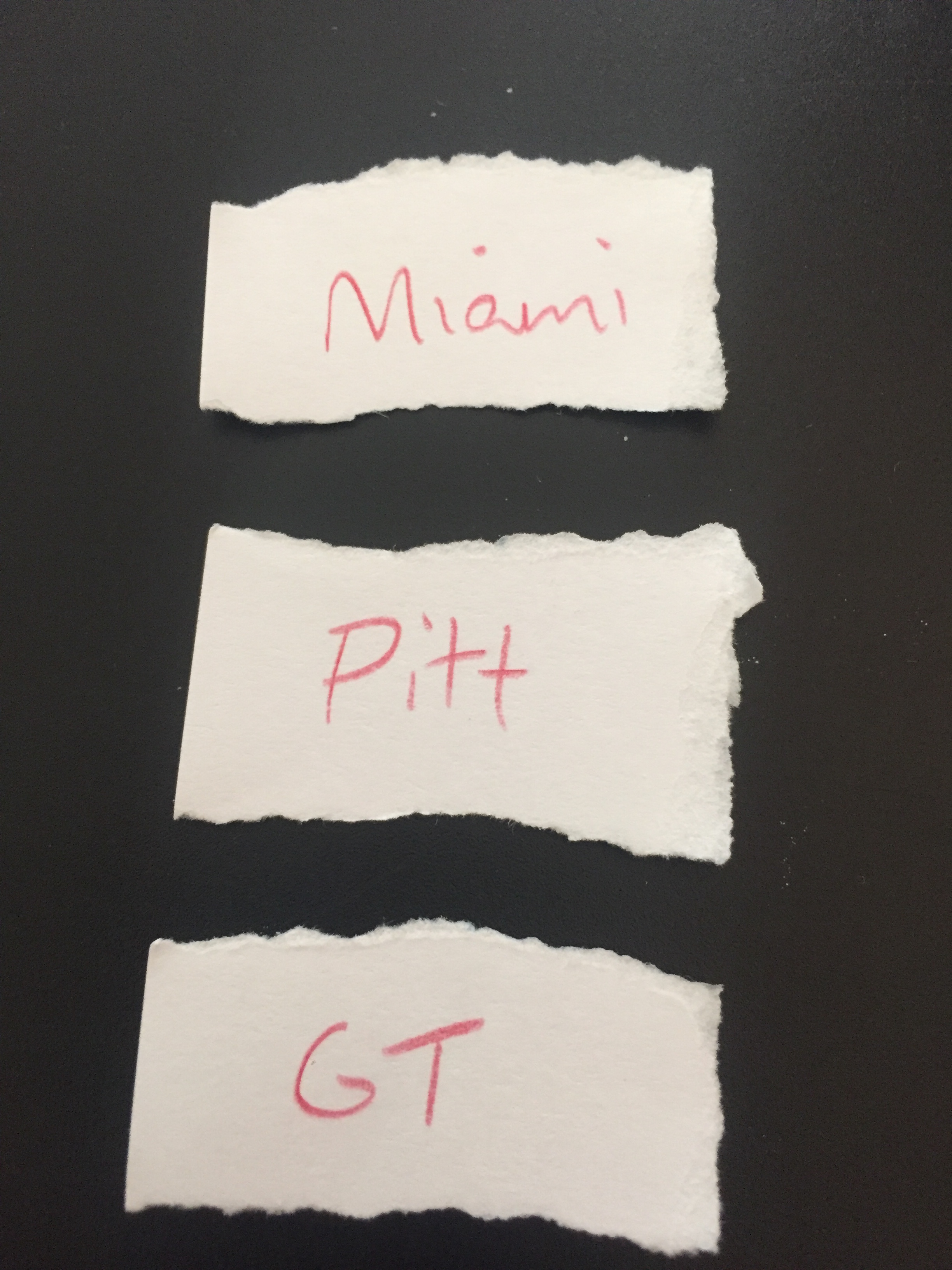 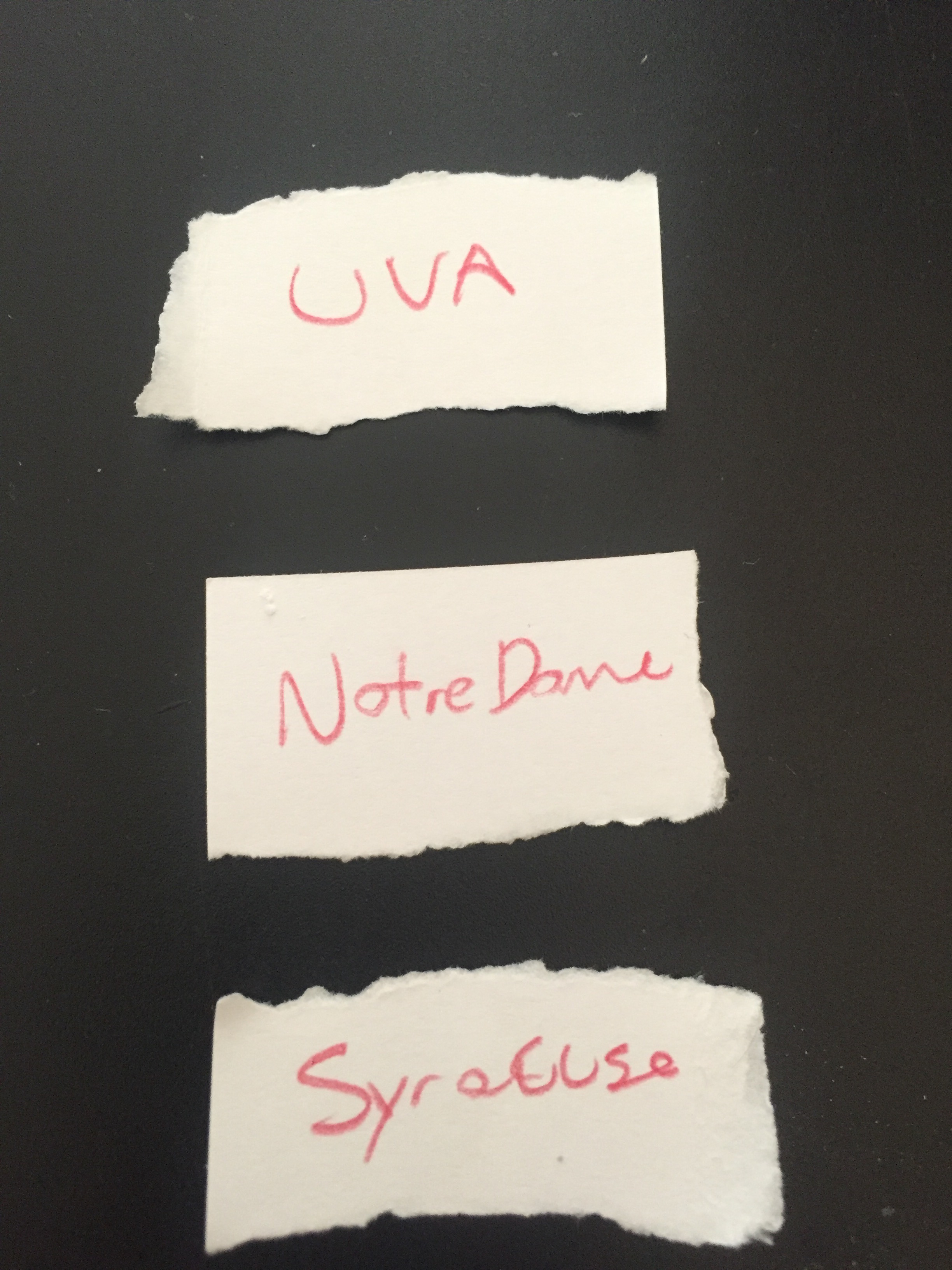 I’m sure fans everywhere would handle Duke’s draw with maturity and grace, and certainly Virginia fans wouldn’t complain at all about an anti-Cavalier bias from the league’s front office. But you guys, think of the page views and TV/radio ratings the fallout from a blind draw would bring.

You’re welcome, Swofford. Hit us up about those broadcast rights.