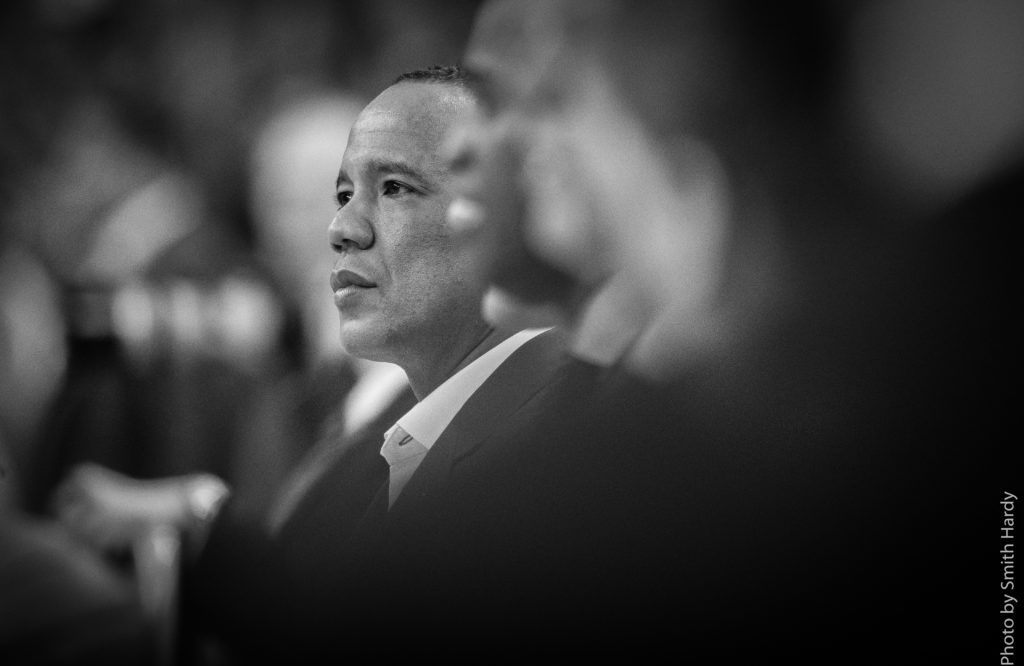 We are just 23 days until Selection Sunday. When Debbie Yow hired Kevin Keatts, most knew it was going to be a solid hire–Kevin Keatts even told us, “Kevin Keatts is a winner.”

But how many people realistically thought he would have the Wolfpack squarely in the mix of the NCAA Tournament bubble talk?

As of now (Friday, February 16th), the Wolfpack is IN the NCAA Tournament based on the only projection that matters, ours. Plus some other pretenders with names like Palm and Lunardi also have the Pack in.
Also according to a very useful site from the University of North Florida, the Dance Card–which takes a team’s current resume and uses it against historical data–NC State is squarely in the tournament as well.
The NCAA tournament committee is using their “Team Sheets” this year, which essentially puts a team’s opponents into certain quadrants, and where you beat that team, puts them into a particular quad.
For NC State, they have a very solid resume in regards to the Quad 1 area. With 5 Q1 wins and an opportunity to possibly pick up one more, the Pack’s Q1 game is tight. Their main flaw in their resume is the number of Quad 4 teams they played, as well as a couple of Q3 losses. 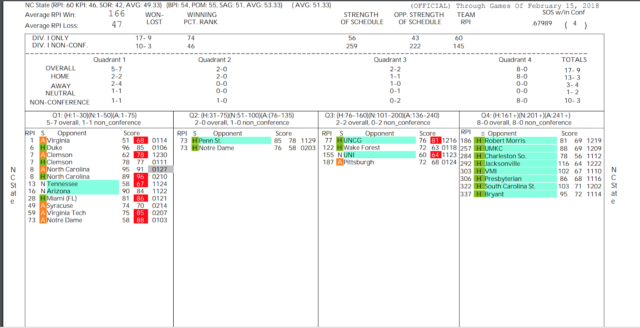 With that in mind, we’ve compiled a weekend watch list for Wolfpack fans–outcomes that would either enhance NC State’s current resume OR knock down other teams in the bubble pool.
Sometimes results can be conflicting: for example Penn State’s win over Ohio State serves to both enhance N.C. State’s resume, but also makes the bubble more competitive since Penn State is trying to work it’s way in the tournament as well. When in doubt, we are rooting for potential other bubble teams to LOSE, all other results are viewed as to how they can enhance the Pack’s resume.
As always, winning against Wake Forest would be better than losing against Wake Forest, in terms of NCAA chances.

Robert Morris over Central Connecticut (RMU currently sits at 186 in RPI. If they get to 160, would move that win to Quad 3 vs current Quad 4)