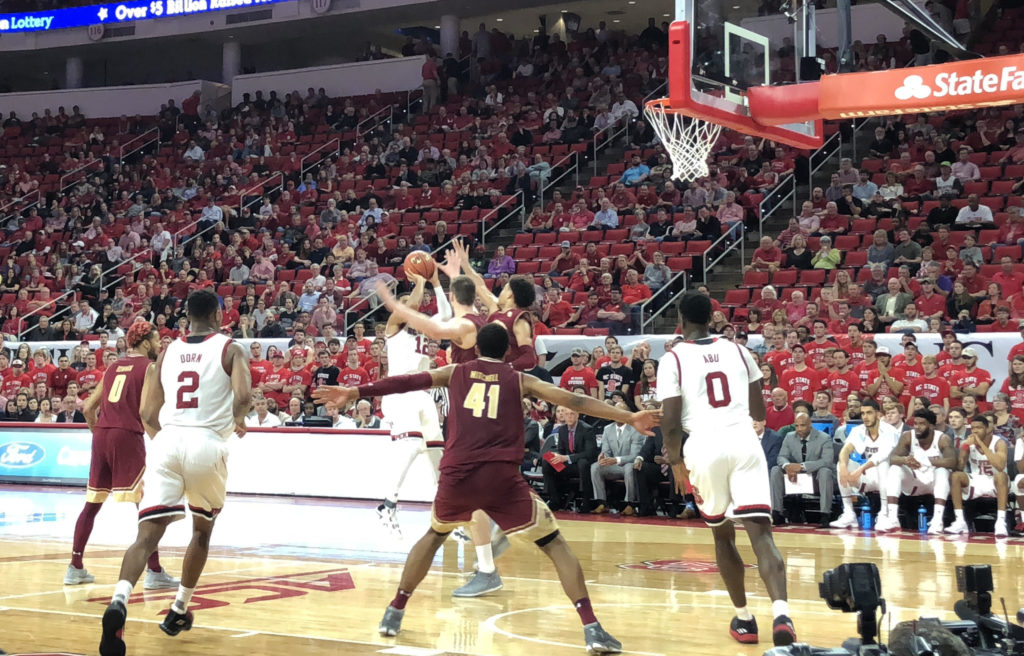 3-point shooting. State was good. BC was putrid.

NC State overcame a terrible start to the ballgame. The Wolfpack turned it over on 4 of their first 5 possessions and couldn’t throw a shot in the ocean. After starting 0-8, NC State made 17 of their next 19 shots to go into halftime up 44-28. If Boston College could’ve been slightly more competent on offense, there might’ve been a competitive game. But they weren’t and the result was never really in doubt.

How weak is NC State on the defense boards? Boston College finished the game with 20 offensive rebounds. The Wolfpack were flat outhustled at times and that led to 18 second-chance points for Jim Christian’s crew. State has to get better on the defensive boards than they’ve been recently. You can’t count on shooting 52% from beyond the arc to bail you out on most nights.

"Excited that this group got to 9 wins." – Kevin Keatts

NC State, in all likelihood, is one win away from securing an NCAA tournament berth. Hell of a job by this coaching staff to get to this point.

🎶To dream, the impossible dream…🎶 pic.twitter.com/PUU9yXctBT

This thread, curated by our own Hayes Permar, details the exploits of Boston College’s Nik Popovic and is well worth your time.