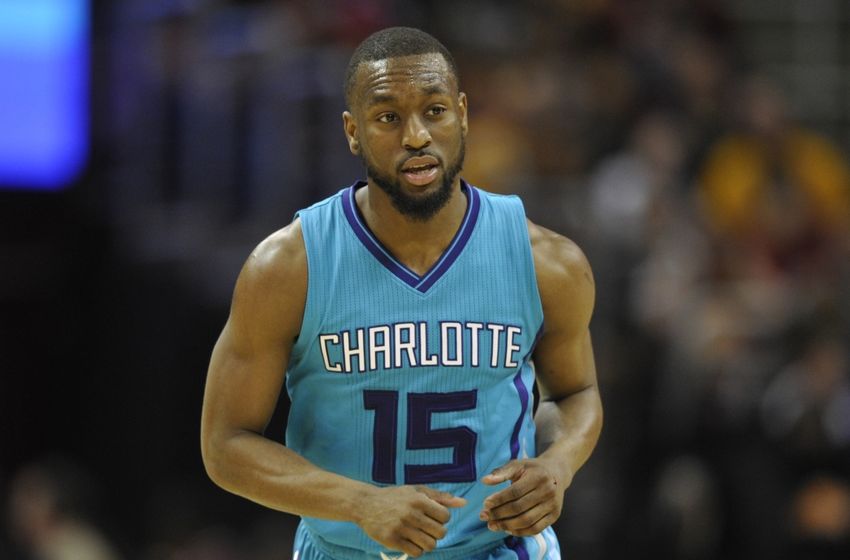 Friday night’s loss to the Toronto Raptors was a lively affair for the Charlotte Hornets. The Hornets fell just short in their quest for a fifth-consecutive win (113-111); however, they showed a lot of life, especially during the third quarter when they vaporized the Drakes, shooting 66.7 percent from the field and outscoring them by 17 points.

Ultimately, Toronto’s star two-guard DeMar DeRozan was too much; the Olympian continued his one-man crusade to keep the midrange two relevant: 34 points on 14-26 shooting. However, if you watched the game, there’s no questioning who the best player on the floor was: Kemba Walker.

Walker has been on a tear to start the 2016-17 season, and that blazing performance crescendoed on Friday; he became just the third player in the NBA this season to score 40 points and collect 10 rebounds — Anthony Davis and Russell Westbrook are the other two. His newfound efficiency was on full display; Walker used just 19 field goal attempts to get his 40. He was 12-19 from the field, and 7-12 from beyond the arc. Walker’s shot chart is a thing of beauty. I want to hang this up in the SportsChannel8 studio, so we can all admire and appreciate it for ages to come. 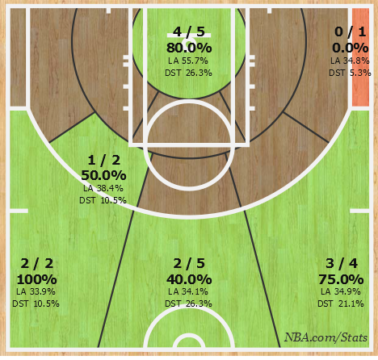 The Raptors tried a bunch of defenders to disrupt Kemba, but it didn’t matter who checked Walker; he was cooking. According to the NBA’s tracking data, Kemba was 9-12 (75 percent) on contested field goal attempts, which is ridiculous. Walker has greatly improved his catch-and-shoot game from distance. He was 2-4 on catch-and-shoot threes last night; for the season, though, he’s shooting 66.7 percent on these types of attempts, which is tops in the NBA.

For years, the way to defend Kemba was to go under high ball screens when he was initiating pick-and-roll action. That option, however, has gone out of the window. Whenever Toronto had their big man sink back, Walker rose up and buried 5-8 pull-up 3-pointers. When that extra defender shows higher, Walker has the handles and shakes to in-and-out his way to the rim. Look at him put Jonas Valanciunas on skates:

The Hornets played some of their best basketball of the young season in the third quarter; this is really when Kemba, who played all 12 minutes, was really on display: 1.56 points per possession, 11 points on four shots, five assists, five rebounds, and no turnovers. If you’re computer screen just burst into flames, blame Kemba. Charlotte’s offense was a thing of beauty this period, which included an 18-0 run during the frame. They moved the basketball side-to-side, and their ball reversals continuously freed shooters up for clean looks. This is the beauty of pairing Kemba with Nic Batum; Charlotte has two players capable of unlocking a defense with dribble penetration and deft passes. Cody Zeller was once again effective as a screener, too. Zeller, according to the league’s tracking data, finished with a game-high eight screen assists.

Unfortunately for Charlotte, Walker eventually had to come out of the game, and Toronto tighten up on defense in the fourth quarter. The Hornets missed a couple 3-pointers that would’ve torn the roof off the building (the home crowd was excellent last night), and perhaps put the game out of reach. No dice, though. DeRozan, who can’t possibly continue his scorching hot start from the midrange, made some ridiculous long twos, which iced the victory for TDot.

The Hornets are 6-2, and off to one of the best starts in franchise history; they’re third in the league in defense (98 points per 100 possession) and net rating (+8.1 points). On offense they’ve been carried by Walker, who has shrugged off his early career rep as a low efficiency chucker. He’s seventh in the NBA in PER (29.1), and tenth in true shooting (64.5 percent). If he’s able to keep this up, Charlotte will keep winning, and the franchise should have their first All-Star since Gerald Wallace (Crash!) back in 2010. A reminder: it’s really too bad the All-Star game won’t be in Charlotte (Thanks, Pat!).

There’s no rest for the weary in the NBA, though: on Sunday, Charlotte will host LeBron James and the Cleveland Cavaliers, who are 7-1 — the second best record in basketball.