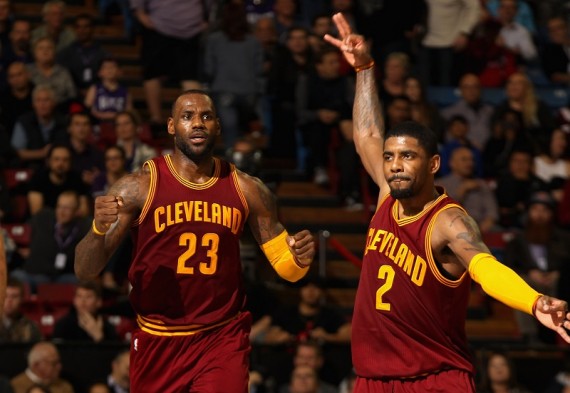 I’ve spent the better part of the last 72 hours trying to reconcile with what I saw the final week of the NBA season: near perfect basketball from LeBron James.

Monday night in Oakland was a coronation for a Golden State Warriors team that entered the season as heavy title favorites. It was the culmination one perhaps the greatest three-season run in NBA team history: two championships

Perhaps even more profound than the successes is the style of play — the reinvention of basketball in the modern era. Despite all of that, including Kevin Durant’s legendary performance, all I can think about is LeBron. It will be an eternity before we see a player with his gifts again.

LeBron James was tasked with the impossible: beat the greatest team of all time, with four All-NBA players. My word, did he ever get close.

How’d he do his damage?

Any way he damn pleased, is the more direct answer, but let’s break this down a bit.

LeBron shot a machine-like 78 percent in the restricted area, and connected on 80 percent of his dunks, layups and finger roll attempts. Over the course of the last three Finals, James shot 59.8 percent (143-of-239) inside of eight feet against the Warriors.

The King did all of this against a historically-great juggernaut — a hydra that finished second in the NBA in defensive efficiency. The Golden State Warriors employ a roster filled with long-limbed defenders that you see in your nightmares: Durant, Andre Iguodala, Klay Thompson, Shaun Livingston, and Draymond Green — the soon-to-be Defensive Player of the Year.

And these dudes didn’t actually stop him! They did just enough to contain him — force LeBron off the block, make him shoot jumpers, stay home on shooters so he can’t whip one of those crosscourt howitzers.

When LeBron played pick-and-roll tick-tack-toe, like last year’s Finals, he pummeled them. If one of Golden State’s traditional centers — Zaza Pachulia, David West or JaVale McGee — was on the floor, LeBron brought his man into the pick-and-roll. However, if the Warriors trotted out their vaunted Death Lineup (which finished the Finals with a net rating of +33.1 points per 100 possessions), then James dragged Steph Curry into his personal chamber of hell.

Frequently, he attacked sans screen, thus no trap or immediate double team. For the playoffs, James shot 57 percent on drives to the basket — the best number in the postseason amongst players that averaged at least 10 drives per game.

By this point in the series — the fourth quarter of Game 5 — the Warriors basically ran the air about of the ball. The Dubs, with the lead, stayed home on shooters, and let Iggy or KD “hang” one-on-one with Bron. See how Klay sticks with Kyrie; Steph does the same with Korver.

When James was able to locate a shooter, the Cavs were deadly. Both Kyrie and J.R. Smith shot above 70 percent on three-pointers after a pass from LeBron. Here he finds J.R. for a catch-and-shoot bomb out of a Horns set. Draymond Green gets caught lingering a little too long with possible help defense — bottoms.

This otherworldly production comes at the conclusion of his 14th season in the NBA (gulp, I’m old) — a year in which LeBron led the damn league in minutes per game. He’s 1,278 games, including the the postseason, into his career, and somehow getting better.

Quite frankly, I’m not sure it’s possible to play basketball better than this.

Cleveland’s solution for just about everything this season was to play and use LeBron James as much as humanly allowable. That’s crazy, and yet it almost worked.

Cleveland’s hand was forced, though, by the Golden State Warriors — a Swiss Army Knife in basketball form. “Take LeBron off the court, and we will erase you.” LeBron, I’ve got a feeling we’re not in Toronto anymore.

That gap is the difference between a championship-level offense and the greatest rec team your local YMCA has ever produced.

LeBron started to figure solve Golden State’s Rubik’s Cube, though. In the final three games, Cleveland scored 1.26 points per possession with LeBron out there — which would equal the greatest offense in NBA by a hundred miles. In the fourth quarter of Game 5, LeBron went a perfect 7-for-7 at the rim. As his team clung to its life, LBJ kept them afloat. 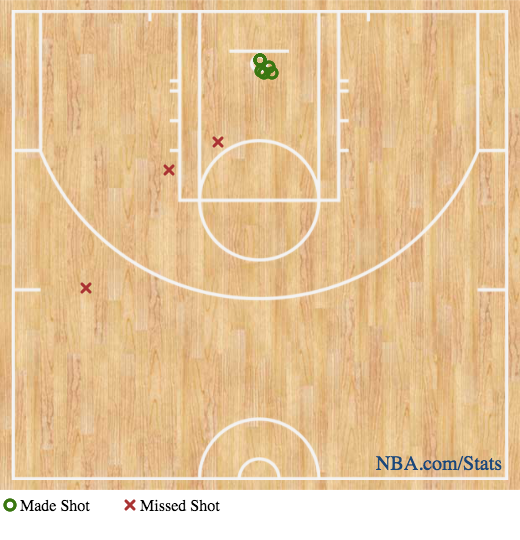 It’s sort of jarring to see what the Warriors are capable of doing against Cleveland. The Cavs have two additional All-Stars, but without their hammer, it was complete domination.

This also demonstrates how Cleveland’s roster — while imperfect and lacking at least one more competent 3-and-D wing — is suited specifically to fit LeBron. It’s a collection of shooters, rebounds and one other high-usage perimeter player — Kyrie Irving.

The parts simply just don’t line up properly without LeBron James there to pilot the ship. Even when Kyrie played while LeBron sat in the playoffs, the Cavs still struggled. Their true shooting rate dropped 26 percent; their turnover rate increased while the rebound rate dropped.

So, what’s next for LeBron James and the Cavs?

There’s no rest for the weary when you have ghosts to chance. For better or worse, that’s the lay of the land for LBJ.

Here’s the rub. The Cavaliers already have over $125 million in guaranteed contracts for next season. This already puts them over the projected tax line of $121 million — not great. Kyle Korver is the only player of note that will hit free agency.

To complicate matters, they’re out two of their next four first round picks, including a 2017 selection. Cleveland is also out several second round picks. That may not seem like much, but those can help get the ball rolling on trades.

This franchise doesn’t have a single valuable player on his rookie scale contract, either. Basically, Cleveland is devoid of any notable, obvious trade assets. If moves are to be made, it has to be Kevin Love, Tristan Thompson or far less likely: Kyrie Irving. Love would be the prime option, and there are countless fictional trade proposals involving him on the web.

The Cavs could decide to run it back, too; that’s maybe their best option. Cleveland is clearly the best team in the East. Even a Gordon Hayward move east — Boston, Miami — isn’t moving the needle enough. This is the No. 2 basketball team in the universe, and it’s not like Golden State ran them off the floor. Cleveland could decide to simply reboot in 2017-18.

Regardless, this is too far out in the weeds, now. So before we jump all in on Offseason Mode, take one last second to appreciate just how damn good LeBron James is at basketball.