Area high school football will enter a state of augmented reality this season … at least when it comes to two WRAL shows.

AR has become increasingly popular in sports programming, and you’ll see a lot of it this season, beginning Friday night, on the third season of “HighSchoolOT Live” at 7 p.m. and the 38th season of “Football Friday” at 11:35 p.m.

“Live,” an innovative show styled like the NFL’s Red Zone Channel, will not air on WRAL2 (5-2) as it did last year. It still will be available on the HighSchoolOT app and website as will the seven or eight individual games each week. As always, “Football Friday” will air on WRAL-TV.

“Football Friday” has seen the antics of Football Friday Man, many bands in the studio and 35 years with Tom Suiter as the host. But AR will give the popular highlights show a new look.

“It allows you to visually present a different product and I think that was one of the things that they wanted us to do and try,” said longtime WRAL anchor Jeff Gravley, who enters his third season as “Football Friday” host. “Instead of just doing something in our regular newsroom, let’s step out and try this. What we want to do is to give you the image that I’m in so many different places. It’s not just a flat screen, there’s depth to it.”

An AR studio with a green floor and green background was built specifically for the two shows. The only difference is that “Live” hosts Nick Stevens and Wayne Bragg will have a desk that they can use, while Gravley will stand for his entire show.

“It will up the production value, number 1,” Stevens said. “It’s going to look a lot more modern. We’ll have multiple shots in the studio. In the past two years, it’s been just one single two-shot of Wayne and myself. That’s going to be different. There’ll be some movement in the studio. We’ll have the ability to pull up games, and this is the augmented reality part of it where we can pull up the video on the sets.”

CNN has been at the forefront of news outlets using AR programming, with Tom Foreman using it to explain stories such as the Malaysian Airlines flight disappearance, the Las Vegas shooting and missile launches, as well as showing information such as the party makeups of the House or the Senate.

“I do think you can take augmented reality a little too far, where it almost looks hokey and so I told them, ‘let’s try not to that,’ ” Gravley said last week. “Let’s try to create kind of a sense that I’m on a football field in a stadium. There may be an opportunity to put me in a locker room for one segment. So those are the kinds of things we’ve talked about and looked at. As far as what the final result is going to be, I still don’t know.”

Locally, WTVD uses AR during weather segments, with forecasts popping up from a virtual table. For sports game broadcasts, AR graphic displays often pop up on the field during game broadcasts.

“Every live game, there’s some kind of augmented reality involved, whether it’s just the graphics they put on the field, whether it’s the talent in the booth that, all of the sudden, they look like they’ve got all these graphics behind them when actually they’re sitting in front of a green screen,” Gravley said.

It was the success of WRAL’s AR for the 30-minute “Olympic Zone” broadcasts during the Winter Olympics earlier this year that led to the idea of using it for the prep football shows.

Gravley was quick to say yes when his news director asked about trying it for “Football Friday.”

“If we can graphically and visually make it look good, I’m all for it. Absolutely,” Gravley said. “Having worked with it during the ‘Olympic Zone’ during the Winter Olympics, I’m excited about it because I’ve seen what it can do, and it visually gives you something different to look at.”

WRAL used AR a bit during the NCAA tournament.

WRAL recently used AR extensively on its hurricane-season preparedness special. At one point, meteorologist Mike Maze was seen virtually standing on the front lawn of a house being ravaged by a hurricane as he showed how damage increases with a storm’s intensity.

Doing the show using AR and being able to virtually be at a stadium is the next-best alternative to Gravley’s dream of producing “Football Friday” from a different high school each week.

He said that it would be impossible logistically to do an on-location show because it would take another crew, and just about all their available resources already are used on football Fridays.

Between the two prep football shows, they already use about 50 people, Stevens said. About half of those are full time and all but one photographer are full time.

“Football Friday” viewers got a small taste of AR last season when Gravley presented the game of the week on WRAL’s weather set using Chroma Key.

Gravley said that there is a learning curve that all weather broadcasters must get through that he’ll deal with in the AR studio. It can be disorienting. 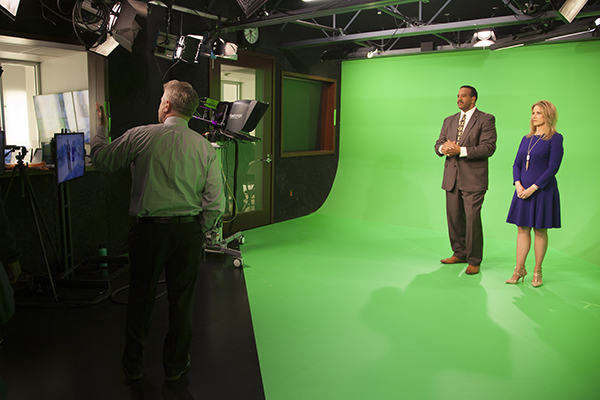 “It is, because you may look like you’re supposed to point one way but, in AR, you’re actually supposed to point to the other direction,” he said. “You do have to remember, OK, the monitor is going to pop up on my left side but I point to the right side. It’s another element that you have to think and remember.”

Highlights still will be the core of the show.

AR gives “Live” a lot of options it didn’t have during its first two seasons.

“Coach Bragg will be able to walk people through, point things out about what’s happening in a play, whether it’s an instant replay or a wide video feed or something that we’ve edited together beforehand,” Stevens said. “It adds more interactivity to it; it will be make the broadcast itself more dynamic. It’s will be a lot more modern, cleaner feeling and it’s really going to make it look like it’s a big-time production when it all comes together.”

AR isn’t the only change from last season for “Live,” which won an Edward R. Murrow Award for Excellence in Innovation in April from the Radio Television Digital News Association for the region that includes North Carolina, South Carolina, Kentucky, Tennessee and West Virginia.

“The decision we made was that we think it will be a better viewing experience for the audience,” Stevens said. “For Wayne and me, it was very frustrating when we’re sitting there watching all eight games and we see three touchdowns at once happen and we get told in our ear that we’ve got to go to a commercial break and we know that stuff is happening. We’re going to avoid that. Hopefully, it will keep the show flowing, hopefully it will keep people interested and they’ll want to keep watching all night.”

For the game of the week, Dennis Cox, a producer and board operator for Capitol Broadcasting Company’s sports radio stations, will be the play-by-play announcer this season after providing the color last season. Last year’s play-by-play announcer, Bill Zeoli, is no longer with CBC. The color announcer will vary from week to week.

Just days after his last day as high school sports editor at The News & Observer and The Herald-Sun, the Cardinal Gibbons High School English teacher joined HighSchoolOT.com as a correspondent, which became official Tuesday.

In last week’s Media Musings, he explained why he was leaving The N&O despite his love for the beat.

“I’m grateful that I get another opportunity to do something I love at the place where I first fell in love with it,” said Blake, who worked part time for WRAL.com before joining The Cary News.

Blake’s first story, which will go on the website Sunday, will be about Garner’s return to Trojan Stadium after playing their games at South Garner High School for two seasons.

What happens to “SportsChannel 8 The Radio Show,” which has aired during that time slot since April 7? No, it won’t be going away because of Logan’s return.

New Panthers podcast, return of another one 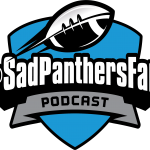 Lauren Brownlow will be part of one new CBC podcast and on a new iteration of one she was on during the last school year.

The unabashed Carolina Panthers fan will be co-host of a Panthers podcast with Alec Campbell, the “Adam and Joe” producer. The podcast has the same name as a Twitter account Brownlow owns: “@SadPanthersFan.” It will be a weekly podcast of no more than 15 minutes. The day of the week of its release hasn’t been determined.

Brownlow was co-host along with WRALSportsFan.com sports writer Marilyn Payne during the last school year of the “Topics & Takes” podcast. This school year, Brownlow will be the host, and she’ll have a guest for each show. 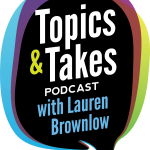 The first guest on the season-debut show Sept. 1 will be cbssports.com columnist Chip Patterson. Like last season, the podcast will be one hour. It will air at 7 a.m. Saturdays until the end of November, and at 9 a.m. after that, on WCMC. The podcast will be available each Saturday morning on many podcast apps and on WRALSportsFan.com. 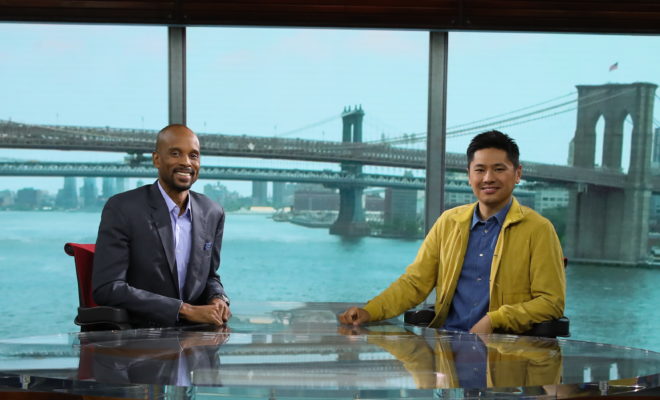 As of Sept. 11, the show, which debuted June 4, will move from an hourlong show at noon to a 30-minute show at 4 p.m. as part of an afternoon ESPN shakeup.

An hourlong “SportsCenter” will air at noon weekdays and “SportsNation,” which previously aired at 4 p.m., will end production after the Aug. 24 show.

“High Noon,” which will obviously need of a name change, will lead into “Highly Questionable” at 4:30 p.m. Jones used to co-host that show.

In The N&O and Herald-Sun, Andrew Carter told the scary story of Tommy Hatton, the former UNC player who gave up football after a fourth concussion had frightening consequences that changed his life.

In the News & Record of Greensboro, Joe Sirera and Spencer D. Turkin, wrote about the helmets used by high school football teams in Guilford and Rockingham counties. Under the STAR rating system, a 5-star helmet best protects players from concussions. While most of the helmets were 5-star rated, 238 were only 3-star helmets.

In the Fayetteville Observer, Sammy Batten wrote about extensive analysis the newspaper did that revealed North Carolina to be a very productive source for college football talent, which wasn’t the case not that many years ago. Two players from state high schools are considered Heisman Trophy candidates this season. The package includes a list of the 444 N.C. products on FCS rosters.

In The Fieldhouse (The Athletic’s college basketball vertical), C.L. Brown wrote that even though Jaylen Hoard grew up in France, becoming more assertive was much more of a challenge for the incoming freshman Wake Forest player than making the transition to living in the United States.