It has been a busy week of expansion for The Athletic as it still works to hire a Carolina Hurricanes beat writer and staff its North Carolina vertical.

Luke DeCock appears to be one of The Athletic’s top targets, if not the No. 1 target, for its Canes beat writer position, according to a source. It’s unclear, though whether an offer from The Athletic will be lucrative enough to lure him from The News & Observer, where he has been a sports columnist since 2008 and, before that, the Hurricanes beat writer for eight years.

“I’ve got one of the best jobs in the country and I love working at The N&O,” said DeCock, who has been at the newspaper for nearly 18 years and is one of only three full-time newspaper sports columnists in North Carolina.

According to multiple sources, The Athletic — a subscription service with no ads — is offering six-figure salaries for some jobs. But it’s not clear if that sort of money would go to its Canes beat-writer position. 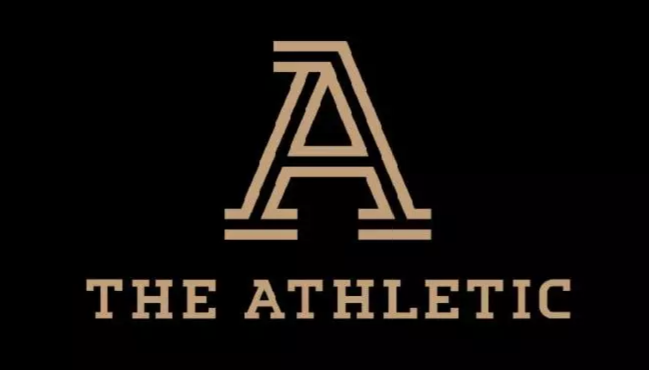 Behind the scenes, there is work ongoing to put together a staff for its North Carolina vertical, which a source says will be called The Athletic Carolina. Exploratory conversations with potential Carolina Panthers beat candidates have been going on for at least a few weeks.

Taylor Patterson, The Athletic’s Director of Communications, said that the name of the vertical isn’t set since it hasn’t been launched. She said that the launch is expected by the end of the summer, with perhaps a Panthers beat writer being hired before that.

More focus shifted to the North Carolina site after The Athletic Atlanta was one of three verticals to launch Tuesday. In addition, verticals in Baltimore and Wisconsin also launched, putting The Athletic in 32 markets. Wisconsin is the second state vertical (the other is Minnesota).

The experience of those All-American hires varies widely. And it suggests big money isn’t being budgeted for every writing job.

Covering Virginia Tech will be Andy Bitter, who has 16 years of sports writing experience. He had been on the Hokies beat for the Roanoke Times since October 2011 and covered Auburn’s 2010 national-title team for the Columbus Ledger-Enquirer. On the Irish beat will be Pete Sampson, who had been the editor of Irish Illustrated since March 2011.

The reporters covering Clemson and Florida State, though, both graduated from college last spring and are coming off summer newspaper internships.

One of The Athletic Baltimore writers — Patrick Stevens — is a veteran ACC and lacrosse writer and bracket guru whose work has appeared frequently in The N&O. He’ll cover Maryland and, most likely, also lacrosse.

Two other reporters, Nubyjas Wilborn and Tori McElhaney, will also contribute to Braves coverage. Jason Butt goes from covering the Bulldogs for The Telegraph of Macon, Ga., to the Atlanta Falcons beat for The Athletic.

Covering Georgia Tech, the Atlanta Hawks and other subjects will be Chris Kirschner, who had been a highlights editor for NBA TV.

Patrick Kinas, who has been the radio voice of the Durham Bulls since 2012, spent an extended weekend working the pregame and postgame shows on the Tampa Bay Rays’ 18-station radio network.

During the four-game series in Minnesota with the Twins Thursday, July 12 through last Sunday, former Bulls broadcaster Neil Solondz (2004–11) shifted from his regular job doing those radio shows (which he has done since 2012), to the pregame and postgame duties on the Rays TV broadcast. In turn, Kinas filled Solondz’s radio role and Gary Hahn, the radio voice of the N.C. State Wolfpack, filled in for Kinas during the Bulls’ home series against the Charlotte Knights.

While the Rays were in Minneapolis, Kinas was in a studio in Tampa. He got more airtime than he expected when there was a two-hour rain delay July 12. That led Kinas to have a lengthy on-air conversation with the Rays’ radio team of Dave Wills and Andy Freed.

Kinas has known Wills for around 20 years. They first met when they were working in the same Class A league when Kinas started his career in Clinton, Iowa.

“They bounced questions off of me about Durham, the franchise, the history, the next set of players likely to be in line for promotions to the Rays, and then we took calls from Rays fans as well,” Kinas said via email. “Some of the fans asked specific questions of me with the Bulls. Finally, the game started and when the post-game ended and I had taken my Lyft back to my friend’s condo, I was in bed by 3 a.m.”

He didn’t see the rain delay as a bad turn of events.

“It acted as a perfect way to be introduced to the Rays fans and they got a stronger sense of who I was, my style, personality, and knowledge and love of the Rays organization,” Kinas said.

His job with the Rays was quite different than his usual play-by-play duties with the Bulls, but Kinas enjoyed it.

“I did love the post-game interaction with the fans, answering their questions, and having ample time to truly dissect a game, which is something time doesn’t allow me to do with most any other event I’m calling,” Kinas said.

On Monday, Kinas flew to Atlanta to meet the Bulls as they were on their way to Syracuse.

Ken Medlin, who was a sports anchor/reporter at WRAL for 18 years before losing his job in 2017, now has another title: professor.

Medlin, who was an adjunct professor at UNC during the last school year, will be Assistant Professor of the Practice in the School of Communication at the High Point University. He’ll teach classes in broadcast journalism and sports communication and will work with the student newscast.

In the last year, he has done stories for East Wake TV in Knightdale. His work with that outlet will end because of proximity issues but Medlin says that HPU has encouraged him to stay active in television.

Before coming to WRAL in 1999, Medlin worked for a year at WWBT and WRLH in Richmond and for two years before that at WECT in Wilmington.

Brooke Pryor’s career ascent continues, as the UNC graduate moves from covering Oklahoma football for The Oklahoman for nearly two years to covering the Kansas City Chiefs for The Kansas City Star.

“It was one of those things when the opportunity presented itself, I couldn’t turn it down,” Pryor said via a Twitter direct message. “Working for The Oklahoman was an amazing experience and I’m so sad to leave such an amazing paper and talented teammates. But the chance to cover an NFL team as the lead writer for the paper of record in a big market was too good to pass up.”

She looks forward to weighing in on pro football topics such as CTE, the national anthem protests and domestic violence. Pryor expects the consistency of media access to be better than it was on a college football beat.

“I don’t really set goals for dream jobs or dream beats to cover anymore because I don’t want to limit myself,” said Pryor, who was sports editor of The Daily Tar Heel her senior year at Carolina. “Growing up in a college basketball crazy house in North Carolina, the NFL wasn’t front and center on my radar. But the more I learned about this industry, the more I wanted to give covering pro football a shot.”

Her last day at The Oklahoman was Wednesday and she started at the Star Friday.

The first day of “The Drive with Josh Graham” will be Monday.

He replaces Kyle Schassburger, whose last show was June 22. Schassburger still works at the station as operations director and is the pregame and postgame host on the Duke Radio Network for football and men’s basketball.

Since June 22, WSJS Sports has repeated “The David Glenn Show” (which it airs live) from 3-6 p.m.

The Triad didn’t have a regular afternoon drive-time sports talk show until then-Winston-Salem Journal sports columnist Scott Hamilton started one in 2015 and did the show for two years. Schassburger took over for Hamilton.

DeCock wrote in The N&O and The Herald-Sun about the struggles last season of Scott Darling and how the Carolina Hurricanes goalie is doing everything he can during the offseason to rebound from a disastrous performance.

N&O intern Brett Haensel, a student in Northwestern’s Medill School of Journalism, looked at the changing roles of play-by-play announcers with one of the hooks being the still-uncertain status of Chuck Kaiton, the longtime radio voice of the Hurricanes.

In The Athletic, Sam Vecenie wrote how the Milwaukee Bucks were right to move on from former Duke star Jabari Parker and how the Chicago Bulls were also right for betting on his potential.

In the News & Record of Greensboro, Ed Hardin looked at John Isner’s place in Greensboro sports history after his run to the Wimbledon semifinals and loss in an epic marathon match.

The Chicago Tribune’s Rich Campbell and Dan Wiederer conducted an interesting Q&A with Chicago Bears quarterback Mitch Trubisky. He loves the offensive scheme of first-year coach Matt Nagy. Asked to name his favorite coach to work with, he didn’t pick a Bears or UNC coach.