If you don’t care to pay for news content from one of the Triangle’s two newspapers but are willing to pay for sports content, The McClatchy Company is giving you that less-expensive option.

Announced Thursday with a short video, The News and Observer and The Herald-Sun became the latest McClatchy newspapers to offer a sports-only digital subscription. 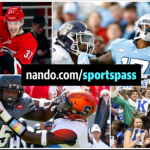 Priced at $30 a year for the first year, the SportsPass gives readers access to all sports-related digital content that appears on the website of the newspaper the subscriber designates for their subscription — either the N&O or The H-S

Triangle subscribers must pick one newspaper or the other, although the content is virtually the same since the sports staff is consolidated. If you already are a print or digital subscriber, there is no extra charge to read sports stories.

“We’ve been hearing reader requests for a Sports-only digital subscription offer for a long time, but there have been technical obstacles,” Robyn Tomlin, the executive editor of both newspapers, said via email. “With the launch of The Athletic in many of McClatchy’s core markets in recent weeks, getting those issues resolved has become a priority.”

McClatchy first offered SportsPass subscriptions less than a month ago at The Miami Herald, and there were positive results. It launched at the Kansas City Star last week and will soon launch at The Charlotte Observer.

“Between Raleigh, Durham and Charlotte, we believe we have the deepest bench of sports writers in the state, and we’re glad to be able to give people who want to follow/support their work a less expensive way to do that,” Tomlin said.

After the first year, the SportsPass subscription will cost $50 per year.

All N&O and H-S stories will continue to be behind a metered paywall, but the number of stories users can read for free has changed. Until recently, users could read five stories per month for free but it’s now down to three free stories every 14 days. If you want to read more stories after those three, users must buy either a SportsPass or a full digital subscription.

“We tend to pick up stories that we think have local/state relevance,” Tomlin said. “So, if the Dallas Cowboys are playing the Panthers, we’ll have all of the best stories from both The Charlotte Observer and from The Star-Telegram. If UNC is playing Miami, we’ll have stories from The Miami Herald and from The N&O. If we see strong demand, we can always add more.”

No N.C. sports reporters hit in latest round of McClatchy layoffs

No sports reporters at either the consolidated News & Observer/Herald-Sun sports staff or at The Charlotte Observer were affected in the latest round of McClatchy layoffs last week.

Three reporters on the news side at The Herald-Sun were laid off: general-assignment reporter Colin Warren-Hicks, K-12 school reporter Greg Childress and higher-education reporter Ray Gronberg, the latter two veterans of the newspaper.

That leaves Mark Schultz (the western Triangle editor, former editor, and former managing editor of The Herald-Sun), along with reporters Virginia Bridges, Zach Eanes, Tammy Grubb, Dawn Baumgartner Vaughan and Joe Johnson (who was the prep sports editor at The Herald-Sun until last year).

Thanks in part to the departures of Anne Blythe (who lost her job because of plagiarism concerns), former preps sports editor J. Mike Blake and social-media person Taylor Shaw, in addition to Scott Bolejack taking a buyout, print-team member Michael White was the only newsroom staffer at The N&O laid off.

The bad news for sports is that Blake’s slot won’t be filled, meaning that recruiting reporter Jonas Pope IV has added high school sports to his reporting duties. Pope, who was part of the old Herald-Sun sports staff along with Steve Wiseman, also wrote an N.C. Central football story earlier this week. He used to be on the Eagles beat.

In the print editions of The N&O and The H-S during the first two weeks of high school football season, no schedule of games ran Friday, no list of scores ran Sunday and the roundup that went up on the website each Friday night didn’t appear until Monday. Sports Editor Steve Ruinsky said that this should change for week three, and he hopes to get the roundup in Sunday’s papers. Friday’s preview of this weekend’s games included a list of 10 games of note in addition to the four mentioned in the roundup, all including kickoff times. 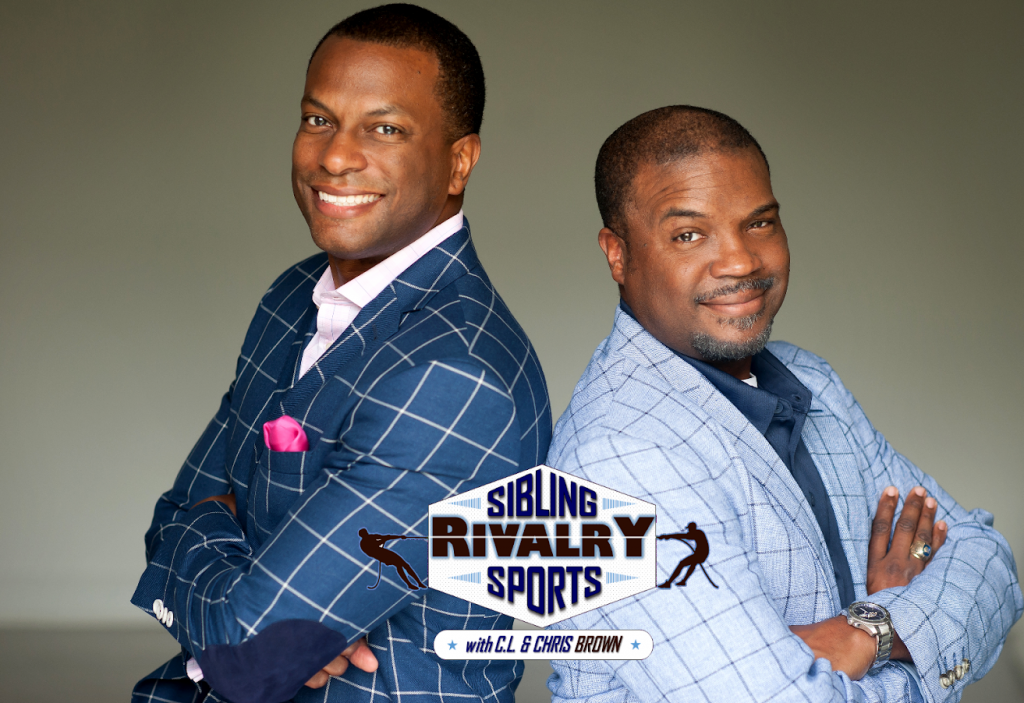 C.L. Brown, a college basketball writer for The Athletic, and his brother Chris, debuted the weekly “Sibling Rivalry Sports” radio show Thursday on WCHL (1360 AM, 97.9 FM, The Hill). The show starts after the 7 p.m. network news.

It’s much like the evolution of the sports discussions that Michael Wilbon and Tony Kornheiser used to have at The Washington Post and or those between friends Bomani Jones and Pablo Torre. Both pairs eventually started having their conversations televised on ESPN. For the Browns, sports debates they’ve had for years can now be heard on WCHL.

“I just feel this is how we’ve always done, and now we’re broadcasting it,” C.L. Brown said. “The typical phone conversation or face-to-face while we’re at my mom’s house or something. To me, this is just a continuation of how we interact over sports.”

It was Susan King, the dean of the UNC School of Media and Journalism, who suggested they’d be good together on radio. That comment came after the brothers appeared on her “Start Here/Never Stop” podcast in July.

“The ball kind of got rolling from there, and WCHL was kind of the perfect place for it,” said C.L. Brown, who lives in Durham.

Both brothers are UNC grads (as well as their three other siblings) and are passionate about sports. Chris Brown says that their disagreements could make the show a “more hip-hop version” of FS1’s “The Undisputed.”

“I’m sure that you know that siblings, especially brothers, don’t see things eye-to-eye at all times, especially when it comes to sports,” Chris Brown, who lives in Winston-Salem, said via email.

“Our mother, Carolyn Archie, raised us to love one another, of course. But we have developed quite a rivalry of sports debate over the course of our lifetime,” said Chris Brown, who is host/president of Thunder Sports Network, a faith-based production company, and regularly appears on “Sports Time Out” on KGNW in Seattle. He also has a book, “The Thunder Sports Network.” 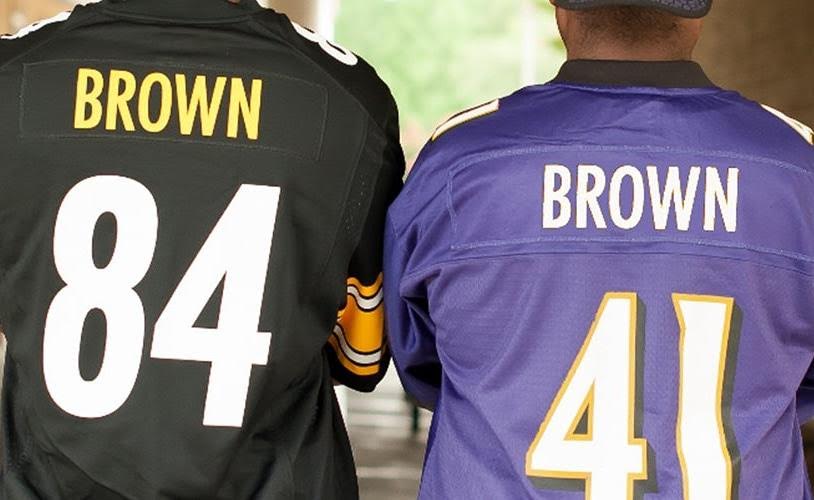 Among their differences is an AFC North rivalry: C.L. is a Pittsburgh Steelers fan and Chris cheers for the Baltimore Ravens.

More evidence of their disagreements is that C.L. Brown doesn’t characterize their show as a debate show.

“We don’t necessarily go into it as if I’m taking this side and you take that side and let’s debate it,” said C.L. Brown, contending that the show isn’t like “Undisputed” or “First Take.” “We’re not set up to be a debate show. This is just organically, generally speaking, a certain issue, he’s one way and I’m another. I wouldn’t compare what we are going to do to those kinds of shows.”

C.L. Brown doing his own show on WCHL means that he will no longer make weekly appearances on “The Sports Shop,” the morning drive-time show on Capitol Broadcasting Company’s “The Buzz.” He said he had no beef with them, it’s just that it felt like a conflict to do both.

For now, the Browns record the show ahead of time. But it’s possible future shows will be done live. It streams here.

Search still on for a Canes writer for The Athletic

“No timeline at this point. We’re working on it,” James Mirtle, The Athletic’s NHL editor, said via email.

Early last week, N&O/H-S sports columnist Luke DeCock wrote about his decision to turn down an offer from The Athletic.

The ad-free subscription service ran a story by Corey Pronman earlier this week detailing the team’s young talent. Pronman ranks Carolina’s farm system as No. 4 in the NHL.

In addition to Person, The Athletic hired freelance writer Jodi Valade as a contributor. She supplements coverage of the Panthers, and will also write about the Charlotte Hornets.

The Northwestern graduate worked for The Plain Dealer of Cleveland for 12 years, The Dallas Morning News for nearly five years and The Kansas City Star for nearly a year. In addition, she taught media writing at Cleveland State University for nearly four years. She has freelanced for The New York Times and USA Today, among other publications.

Since The Athletic Carolina launch, Valade’s only story was on Captain Munnerlyn and the helmet-lowering rule.

In addition to a Canes writer, it’s expected that The Athletic Carolina will hire a reporter to cover ACC schools.

Deadspin reported that several sports writers at The Washington Post, including former N&O writer Barry Svrluga, have turned down offers from The Athletic.

The season debut of “The Steve Logan Show” on radio is from 10 a.m.-noon Saturday on WCMC (99.9 The Fan), but there will be no Logan show on Sundays as in previous seasons.

Instead, he’ll appear with host Jeff Gravley on “Fox 50 Game Night,” a 30-minute show that will air at 7 p.m. Thursdays. The debut is Sept. 27 before the first of 11 games Thursday games on Fox (simulcast on NFL Network). That Sept. 27 game features Tarboro’s Todd Gurley and the Los Angeles Rams, who will be at home to face the Minnesota Vikings.

Lericia Harris is the new sideline reporter. Harris is a news anchor, sports reporter and host for Entercom Radio in Atlanta. Her previous sideline reporting experience includes coverage of the Celebration and Birmingham bowls.

Katie Witham and Tommy Bowden are back on the pregame and halftime “ACC Blitz” program.

The Triangle affiliate is WRAL.

Wes Durham, the radio voice of the Atlanta Falcons, returns for his sixth season as the play-by-play voice of Fox Sports Network’s ACC football games and, for the fifth season, his analyst will be James Bates. For the second consecutive season, Rebecca Kaple will be the sideline reporter.

N.C. State’s home game against Georgia State on Sept. 8 will be the first matchup in the package involving a North Carolina team.

Many of us obsess about the game of football and, in a column in the News & Record of Greensboro, Ed Hardin wrote that it’s unhealthy.

In The N&O and H-S, columnist Barry Jacobs documents the long history of athletes selling shoes for cash.

In The N&O and H-S, Jonathan Alexander wrote about how one-on-one basketball games as a teenager against his uncle toughened up UNC cornerback K.J. Sails but the birth of his son matured him.

In The Fieldhouse, The Athletic’s college basketball vertical, C.L. Brown details Jamil Jones’ careful ascent up the coaching ranks and how one punch has jeopardized his entire career.

In the Times-News of Burlington, Adam Smith tells the story of Garner’s Warren Messer, who has overcome a troubled background and an unfortunate accident to become an FCS All-America linebacker at Elon.

There has been plenty written already about Duke freshman Zion Williamson, including two stories in The Fieldhouse: An in-depth scouting profile by Sam Vecenie and another from C.L. Brown story that warns you not to be worried that Williamson carries 285 pounds. And our Ben Swain pondered what Zion mike look like playing football instead of basketball for Duke.