A more entertaining week struck the sports world this past week with the NBA draft and the College World Series drawing to a close. Here are my favorites from last week…

-Although they didn’t reach Omaha, Davidson baseball really took everyone by surprise this postseason, starting with an early upset victory over the regional host North Carolina. After they had notched their first NCAA tournament victory in program history, people began to take the Wildcats seriously. For a small school like Davidson, this run was huge. A piece from a Baseball America’s Michael Lananna recognized the impact that the run had on the program and players.

-Last week was a big week for the Charlotte Hornets. Dwight Howard was traded from Atlanta to come team up with the NBA’s most sportsmanlike teammate (We love you, Kemba). They followed up their blockbuster trade with a strong draft class, selecting Malik Monk with a side of Dwayne Bacon. Was there anyone who didn’t LOVE this trade? Scott Fowler of the Charlotte O sums up what most fans thought about the pick. And I gotta go to our very own Brian Geisinger  and the Buzz Beat Radio that cranked out great in-draft analysis and scenarios for the Hornets. 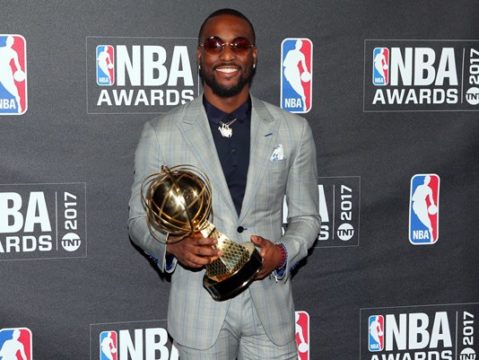 -North Carolina fans have gotten quite comfortable with star players sticking around. Besides their most recent one-and-done, Tony Bradley, the last Tar Heel to depart after his freshman year was Brandan Wright in 2008. The New York Times makes a defense for the  Tar Heel fans out there irritated with Bradley’s decision.

-Whether it’s NFL or NBA, in the summertime we often see some of our favorite college stars reappear as the work in training camps and summer leagues to latch on to pro teams. The Herald-Sun’s Steve Wiseman caught up with a pair of former Duke specialists hoping to keep the dream alive.

-Technically this list of National Sports Media Association award winners (both national and state winners) came out a few months back, but their awards weekend and conference was held last weekend. The NSMA has moved to a new home in Winston-Salem, where Linda Cohn and Mike Lupica were enshrined into the Hall of Fame. congrats to NC winners: Bob Harris of Duke/IMG won sportscaster of the year, and Luke DeCock of the News and Observer and Ed Hardin of the Greensboro News & Record. Good thing for Luke the tiebreaker wasn’t wardrobe–DeCock actually dresses well for a sportswriter but Hardin is sartorially peerless.

Tweet of the Week: A photo leaked previewing a throwback Hornets jersey with the new Jumpman logo…