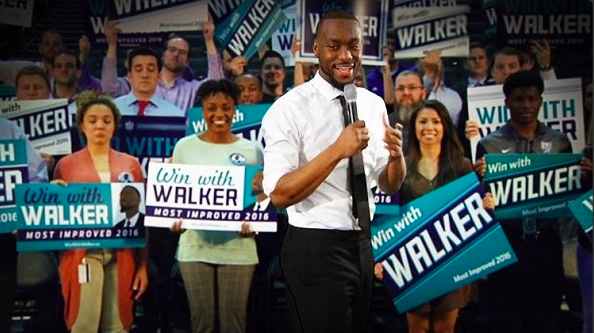 Back in April of this year, the Charlotte Hornets ran a creative marketing campaign centered around generating buzz (heh) for Kemba Walker’s push for the league’s Most Improved Player award. Now, the Most Improved Player award is kind of silly, and the criteria for potential candidates is so nebulous, but the Hornets did such an excellent job coming up with Win With Walker, that I legitimately wanted Kemba to win:

Nic Batum as the French Ambassador to Buzz City? Michael Kidd-Gilchrist as the Chief Defense Officer of MKG Security? Marvin Williams, the Concerned Citizen? Genius. All of this was genius.

Ultimately, Walker didn’t win the award; that honor would belong to UNC fan favorite C.J. McCollum, who went bonkers last season (21 points, 42 percent on threes). I’m guessing Kemba wasn’t too distraught, though. McCollum is of course infamous among Duke fans for his 30-point performance against the Blue Devils while at Lehigh that knocked Coach K’s squad out of the 2012 NCAA Tournament. That game was played in Greensboro. We were supposed to have NCAA Tournament games once again in the Gate City, but due to HB2 we won’t get any moments like this from four years ago: 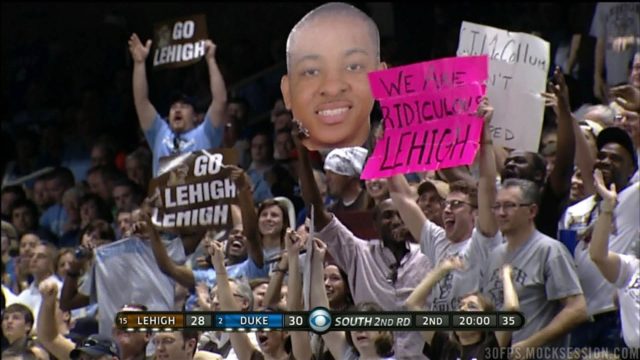 The last few years have been pretty rough politically for North Carolina. By now, it’s quite obvious Pat McCrory is a buffoon and totally unequipped to be governor — although I’ve gotta say: the man has some surprisingly creative tastes in self-promotion. His opponent in this year’s gubernatorial race is attorney general Roy Cooper. Their race is very close at the moment, but Cooper has a positive going for him that McCrory simply can’t match: he isn’t Pat McCrory. No matter what you think of Cooper, that’s a huge plus. Gotta think that’ll help his chances.

Recently, some of the fallout from the McCrory administration — specifically HB2 — has intersected with sports, which got me thinking: perhaps we should find a candidate from one of North Carolina’s teams to run for the governor’s office. Let’s not stick to just sports. It’s more than just election season; the NBA starts back up in a matter of weeks (hallelujah). Charlotte’s star point guard looked awfully presidential in the #WinWithWalker video — perhaps Kemba could take a stab at the 2016 gubernatorial race?

I believe he’s qualified; here’s why:

A man of the times

Look, times are changing everywhere, including in the NBA — where the power of the 3-pointer has never been more apparent. It’s become an annual tradition for teams to shoot more and more threes each and every season. In 2015-16, the 30 NBA franchises combined to shoot over 59,000 threes. Next season, that will almost certainly be over 60,000. There were 13 teams — including the Charlotte Hornets — that attempted more than 2,000 shots from beyond the arc. A year after finishing 24th in the NBA in attempts (1,566) and dead last in percentage (31.8), the Hornets become one of the best three point shooting teams in the league. Steve Clifford opened up the offense, and the results speak for themselves. Charlotte finished in the top eight in the league in attempts (2,410), makes (873) and shooting percentage (36.2) from deep. No player on the roster benefitted more from the increased emphasis on spacing than Kemba Walker, who embraced his new role.

Kemba ripped nets last season, shooting a sizzling 43.2 percent on catch and shoot threes, which ranked 12th in the NBA. This was a better number than some of the league’s best-known bombers: Kyle Korver, J.R. Smith and Wes Matthews. A great deal of credit should be given to the aforementioned Ambassador Batum. The 6-8 Frenchman is a ubiquitous talent, who can do a little bit of everything, including create offense for his teammates.

Batum actually led the Hornets with 5.8 assists per game and assist rate (26.9 percent) last season, according to Basketball-Reference. More to the point, though: Batum and Walker have a great working relationship, which started from day one. Walker attempted 220 catch and shoot three last season, and according to the NBA’s player tracking data, Batum was the passer on 130 of those attempts. Walker shot 43.8 percent on 3-pointers when Nic was the passer. We want someone in office who can work well with others and communicate effectively. Kemba is willing to defer and play off other. That’s the kind of leadership we need.

Even by NBA standards, Walker is undersized for a point guard: 6-1, 172 pounds. Despite giving up bulk to just about each and every one of his opponents, Walker was an absolute workhorse for the Hornets. He played and started all but one regular season game last season. He ranked third overall in the NBA in minutes played (2,885), and tied for 13th in the league with LeBron Freaking James in minutes per game (35.6). Walker is a productive player; there’s no sleep on the job for this gubernatorial candidate — evidenced by his usage rate of 26.5 percent, which ranked 37th in the NBA.

You want a bulldog in the governor’s office; someone who will fight for his constituency day and night. Someone who isn’t concerned with days off, and that’s Kemba: the UConn product has played 364 of a possible 394 games during his career. He’s missed just 30 games over the course of five seasons.

Kemba will never be confused for Allen Iverson, but his ability to take defenders off the bounce, and finish in traffic at the rim is reminiscent of The Answer. Walker shot 72.1 percent (98-of-136) on driving layups this season, according to NBA.com: 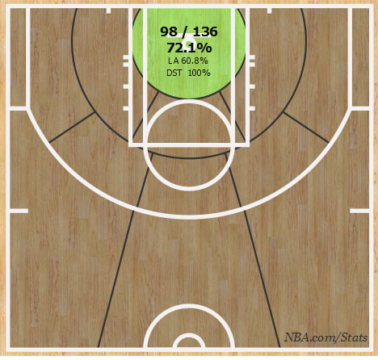 Walker also got to the line more frequently than ever before this season (free throw attempt rate of 33 percent), and finished 17th in the NBA in free throw attempts. It’s a good thing when Walker gets fouled: Charlotte’s star point guard shot nearly 85 percent from the charity stripe.

Kemba hails from the Bronx (BX, stand up). He won’t backdown from any challenge, on or off the court.

Working on a budget

Just before the start of the 2014-15 season — year one of the Hornets’ rebrand — Walker and the franchise came to terms on a four-year extension for $48 million. Kemba made $12 million last season, and he’ll do the same again in 2015-16. Walker finished last season with a career high in win shares — 9.9, which tied with Toronto’s DeMar DeRozan for 14th in the NBA. Kemba’s previous high for win shares was 5.1, back during the 2013-14 season.

Of NBA players who finished in the top 20 in win shares last season, only one will make less money than Walker in 2016-17: Isaiah Thomas of the Boston Celtics (9.7 wins) — a below market number of $6.6 million. Walker wasn’t the best value in the league last season; that honor belonged to Golden State’s Steph Curry, who at $11.4 million made less than Kemba a season ago while he set fire to the league, and led the NBA in just about every catch-all advanced stat, including win shares (17.9). Curry, of course, is in the final season of his comically undervalued second contract. He will make $12.2 million this season before he hits unrestricted free agency in the summer of 2017, and cashes in with a ridiculous contract that should pay him more than $30 million annually.

Now, it’s not like Kemba necessarily took a discount when he extended with Charlotte in 2014. This was right after the league announced their new media/television deal with ESPN and Turner Sports — one that would balloon the league’s salary cap when it went into effect this summer, hence some of the seemingly crazy contracts handed out in July. They weren’t ridiculous; that’s just the new market of the NBA. Teams had money and had to spend it. Walker entered the league in 2011, which meant his second contract would start in 2015 — a year before the new TV money hit the books. The timing for him is unfortunate, but he hasn’t complained once.

(Note: Toronto’s Kyle Lowry — 11.6 wins last season — will make $36 million the next three seasons, too. Lowry is a two-time All-Star, who is coming off a summer in which he helped Team USA basketball claim their third straight Olympic gold medal, but he’s also four years older than Kemba. I’m not making the case for Walker to be better than Lowry; they’re both great players. However, one could certainly make the case for Kemba to be the more appealing player for the next three years. This is precisely the kind of future growth potential you want in a political candidate.)

He can play both sides of the fence

No, I’m not talking about him being a good two-way player, although he is an improving defender. I’m referring to his ability to get along with both UNC and Duke grads. That’s hitting two key demographics. 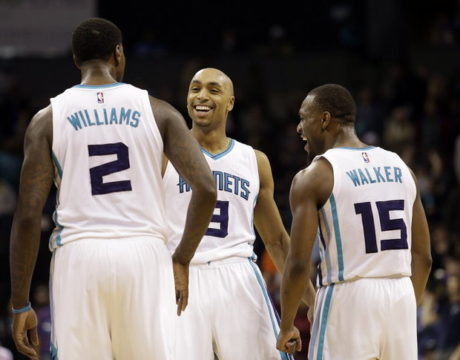