NC State plays FBS football while Furman plays FCS. You do the math.

*yawn* They won like they ought to have won.

The same problems we’ve seen so far with NC State this season persisted today. The defense which was supposed to be the backbone of this team is prone to the big play. And while they won the turnover battle here, it won’t happen against a more talented opponent. And Florida State next week fits that description.

NC State heads down to Tallahassee to take on Florida State, who hasn’t played since prior to Hurricane Irma’s landfall.

As predicted before the season, NC State will lean on its offense and hang on for dear life on defense. 🤷🏻‍♂️ 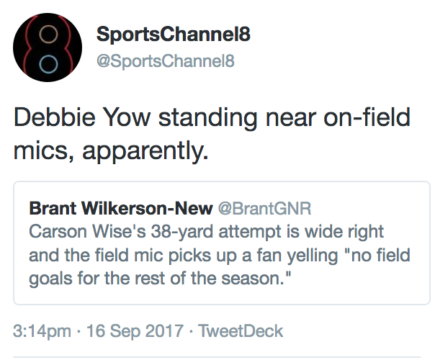