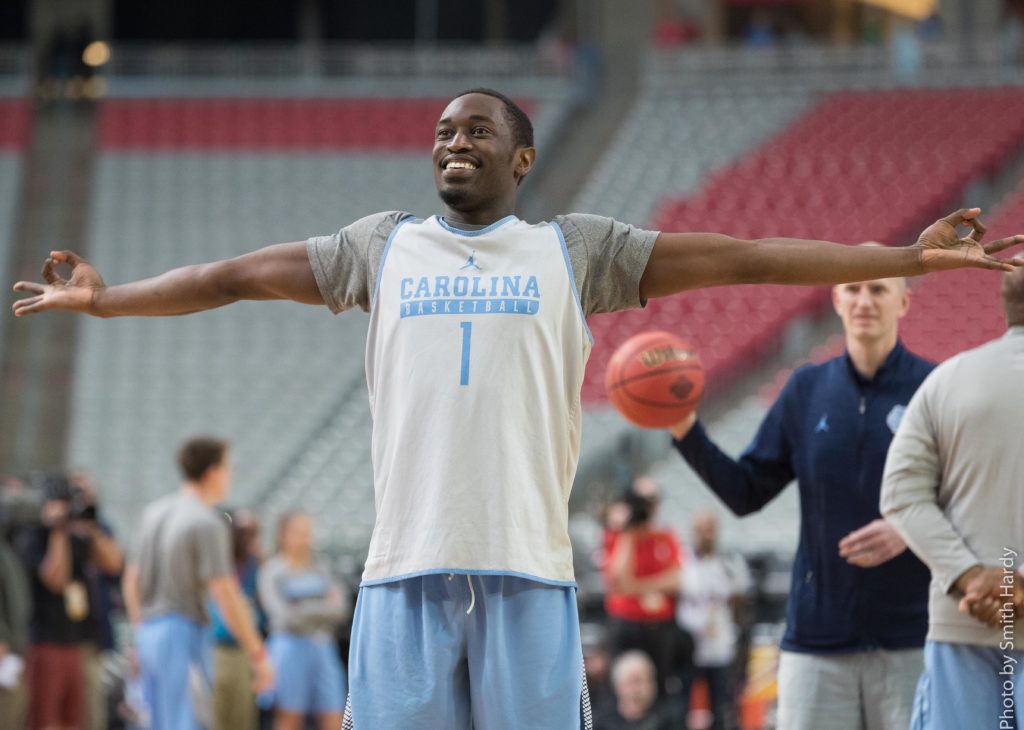 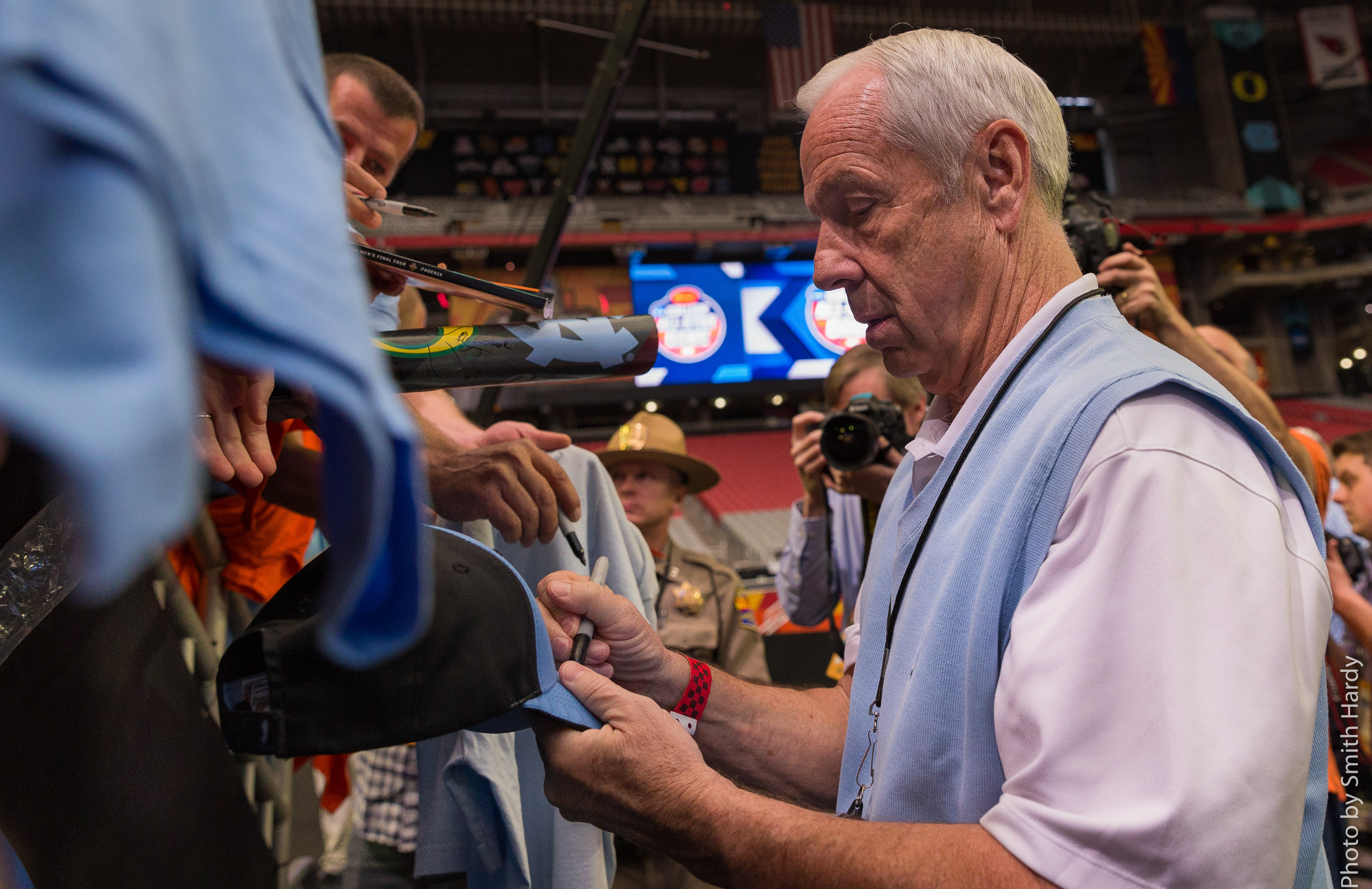 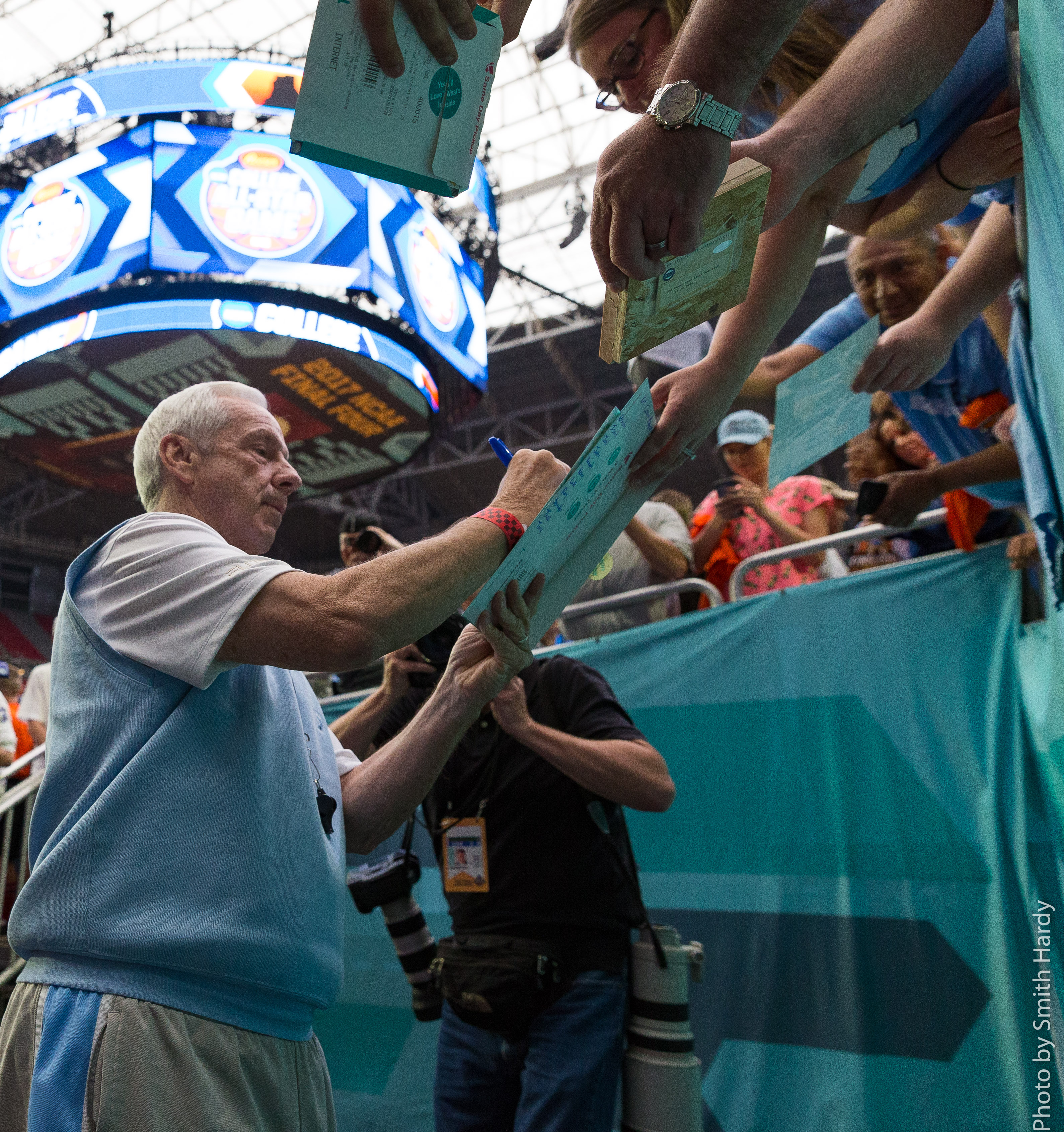 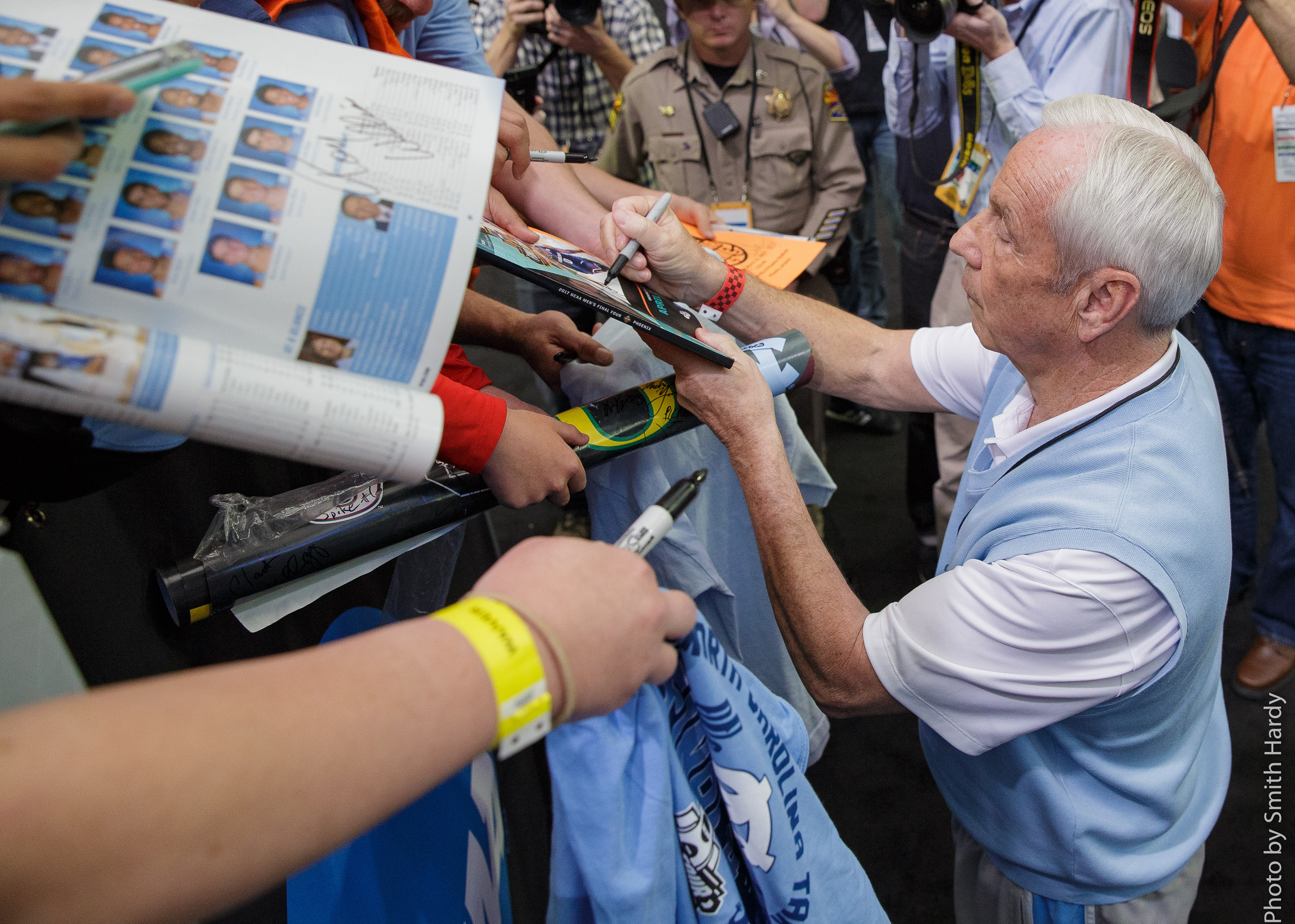 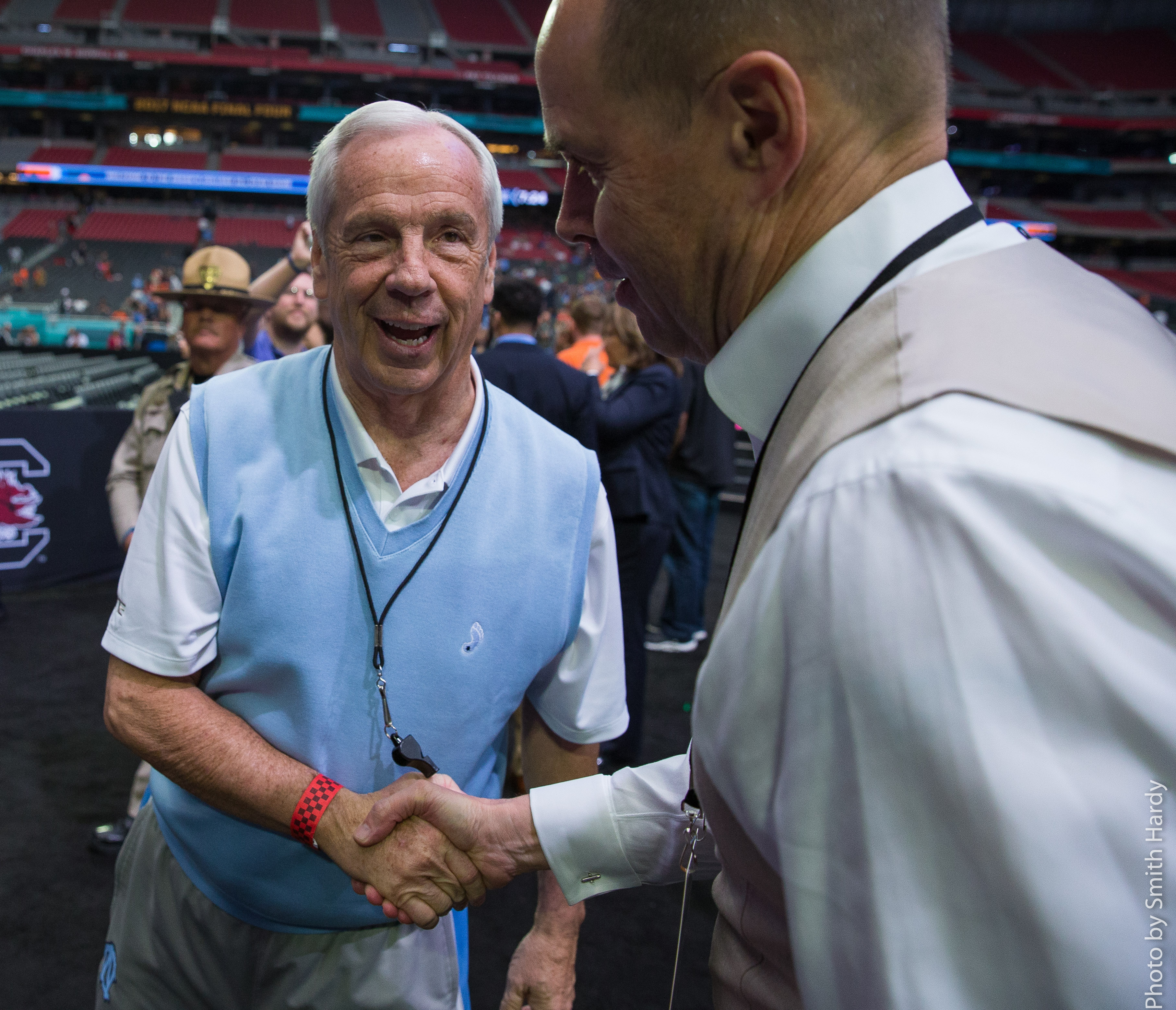 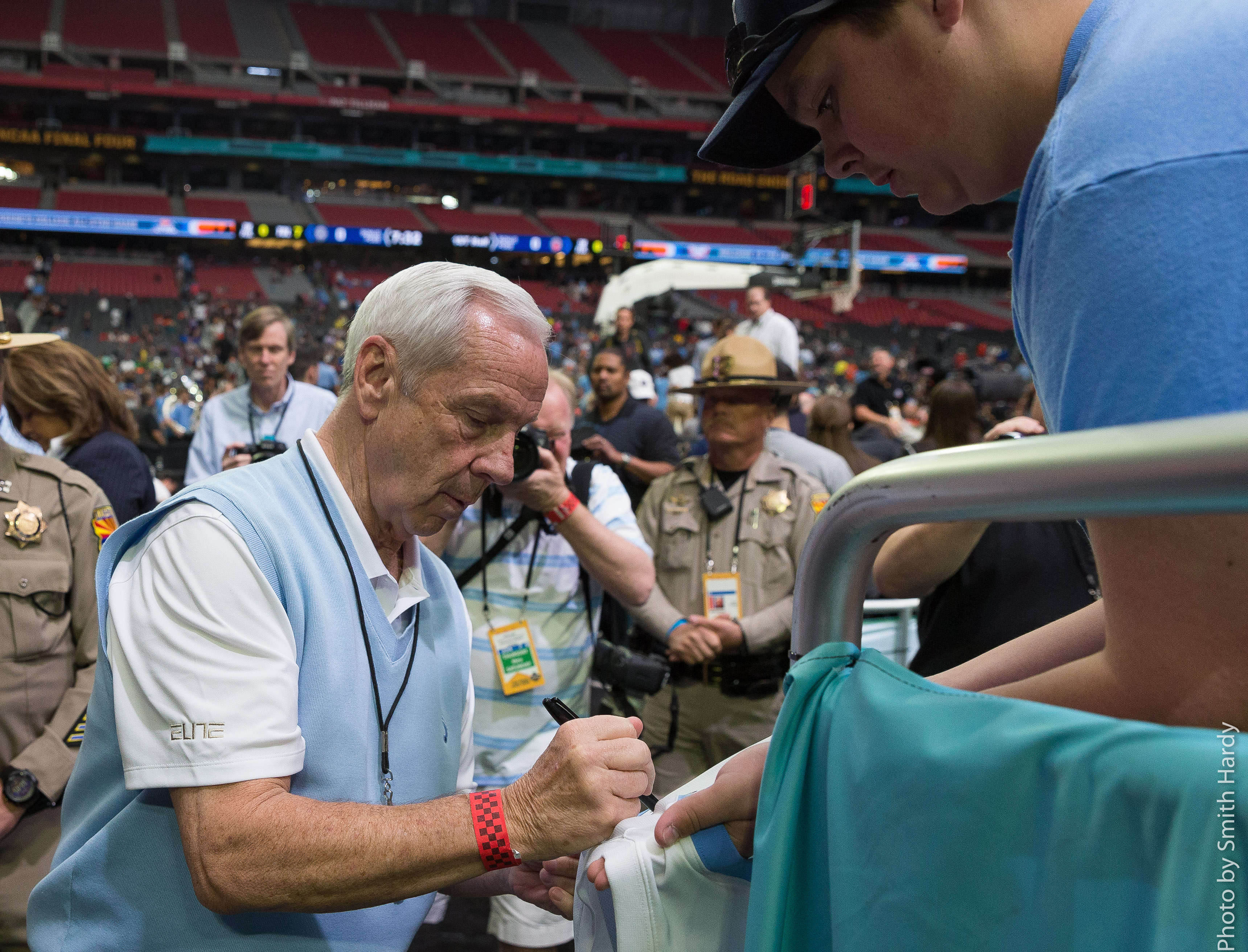 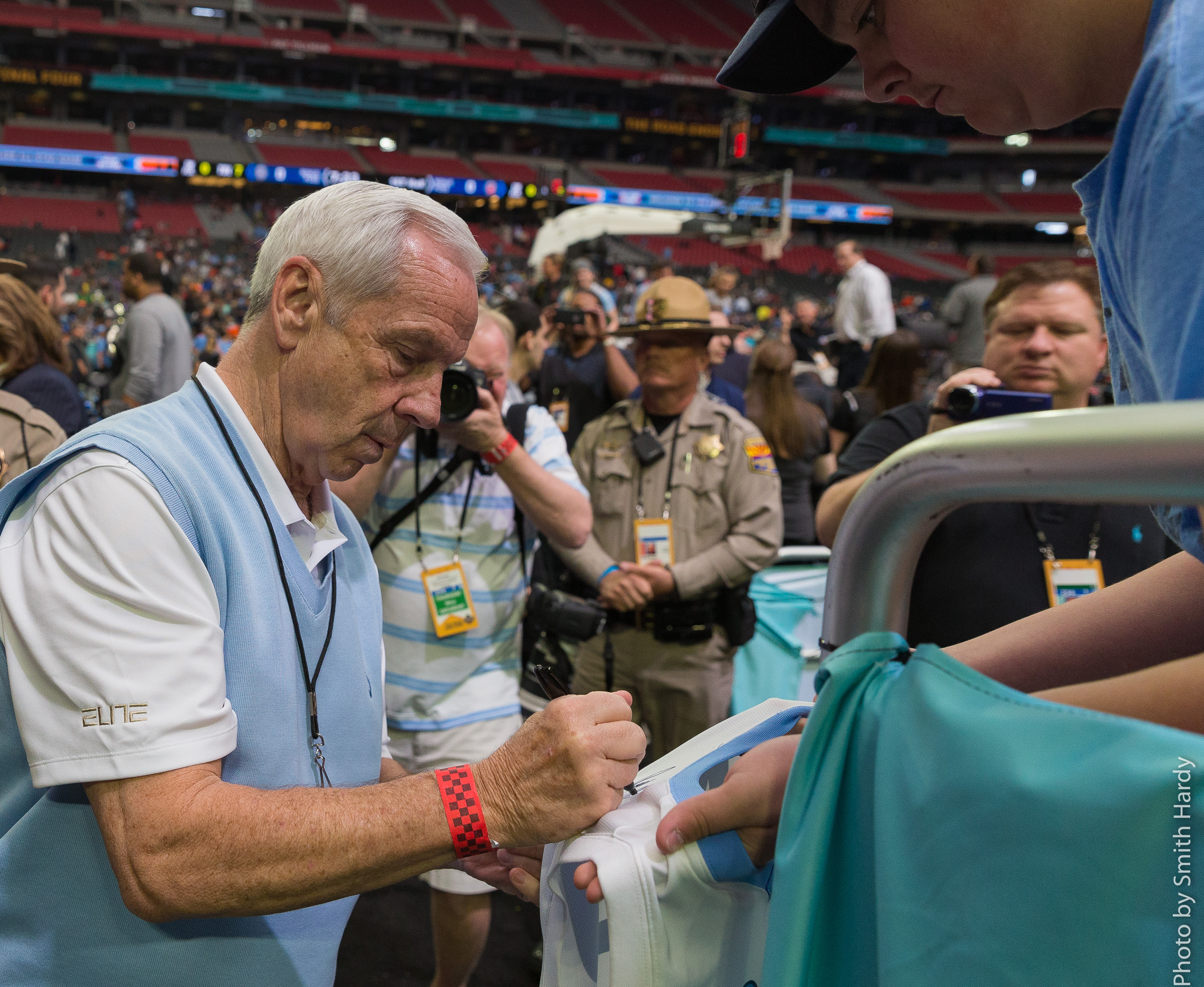 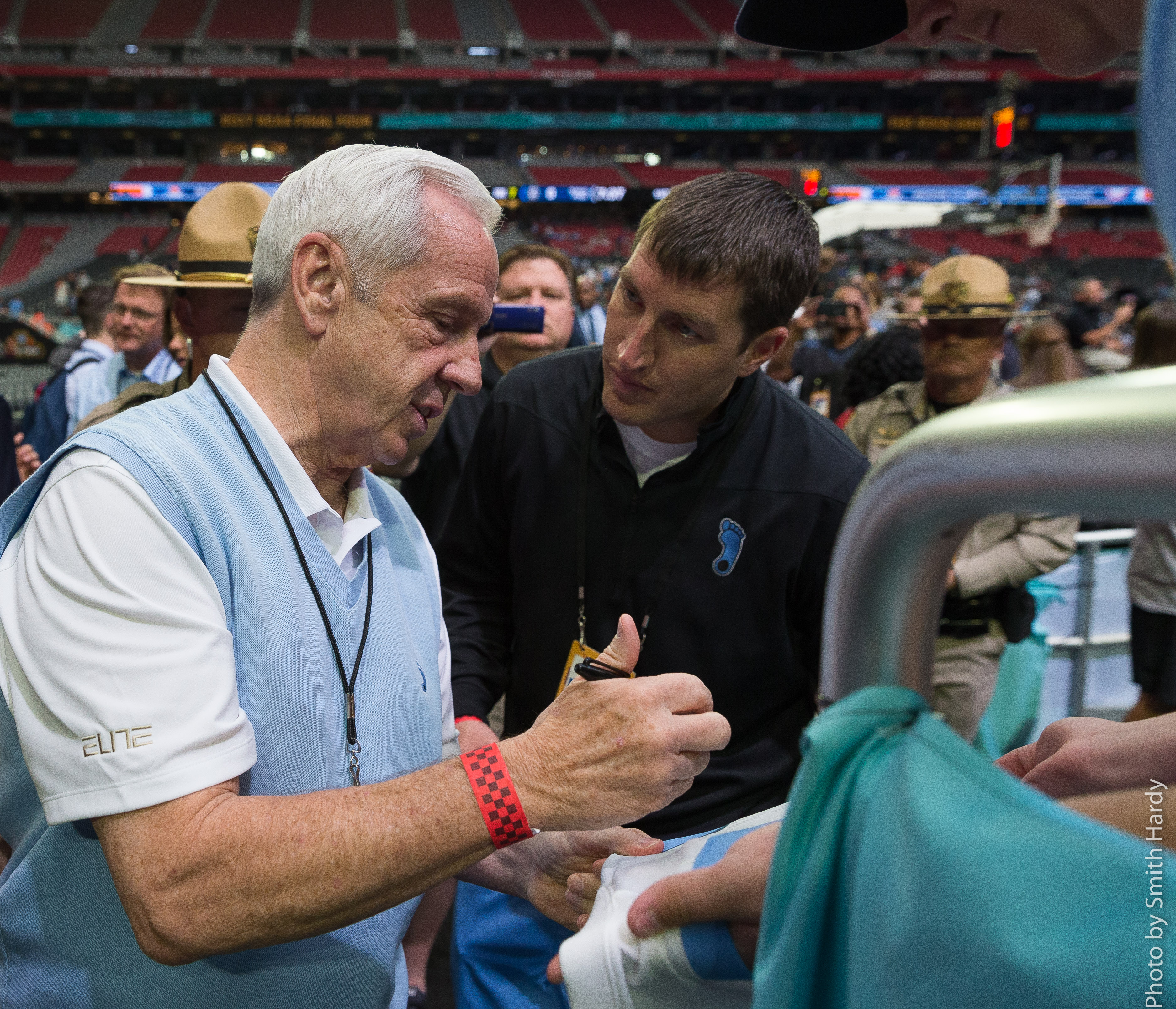 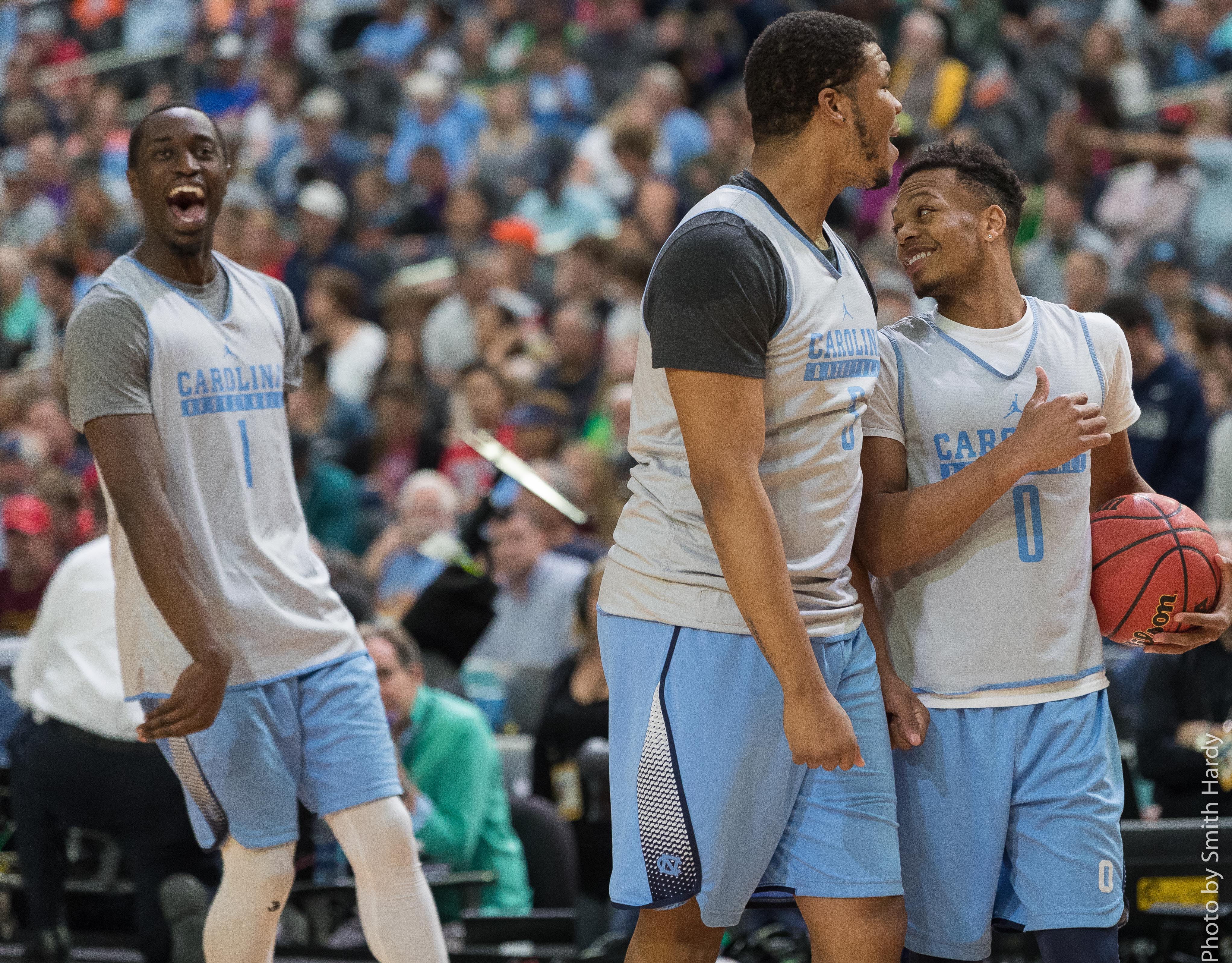 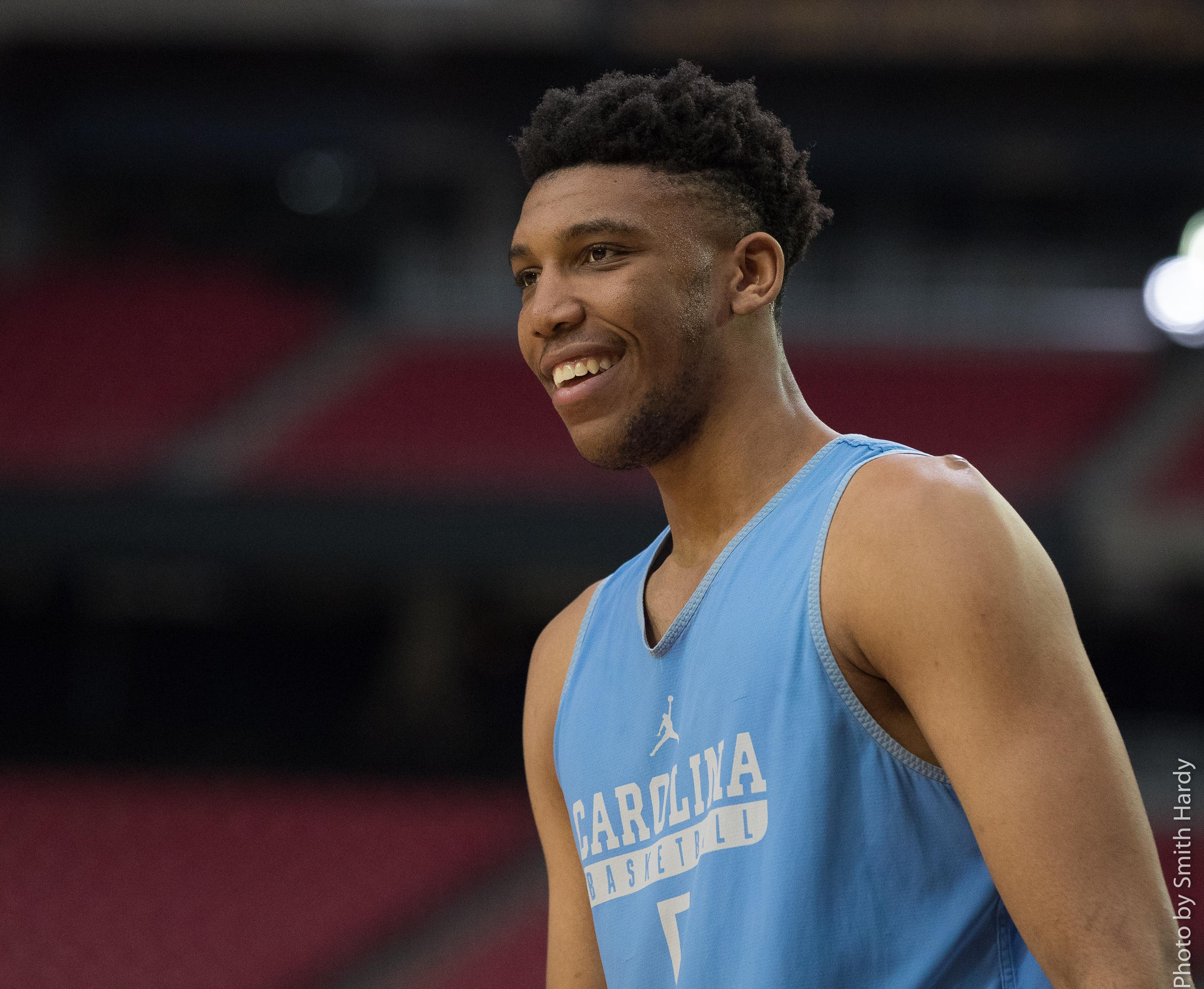 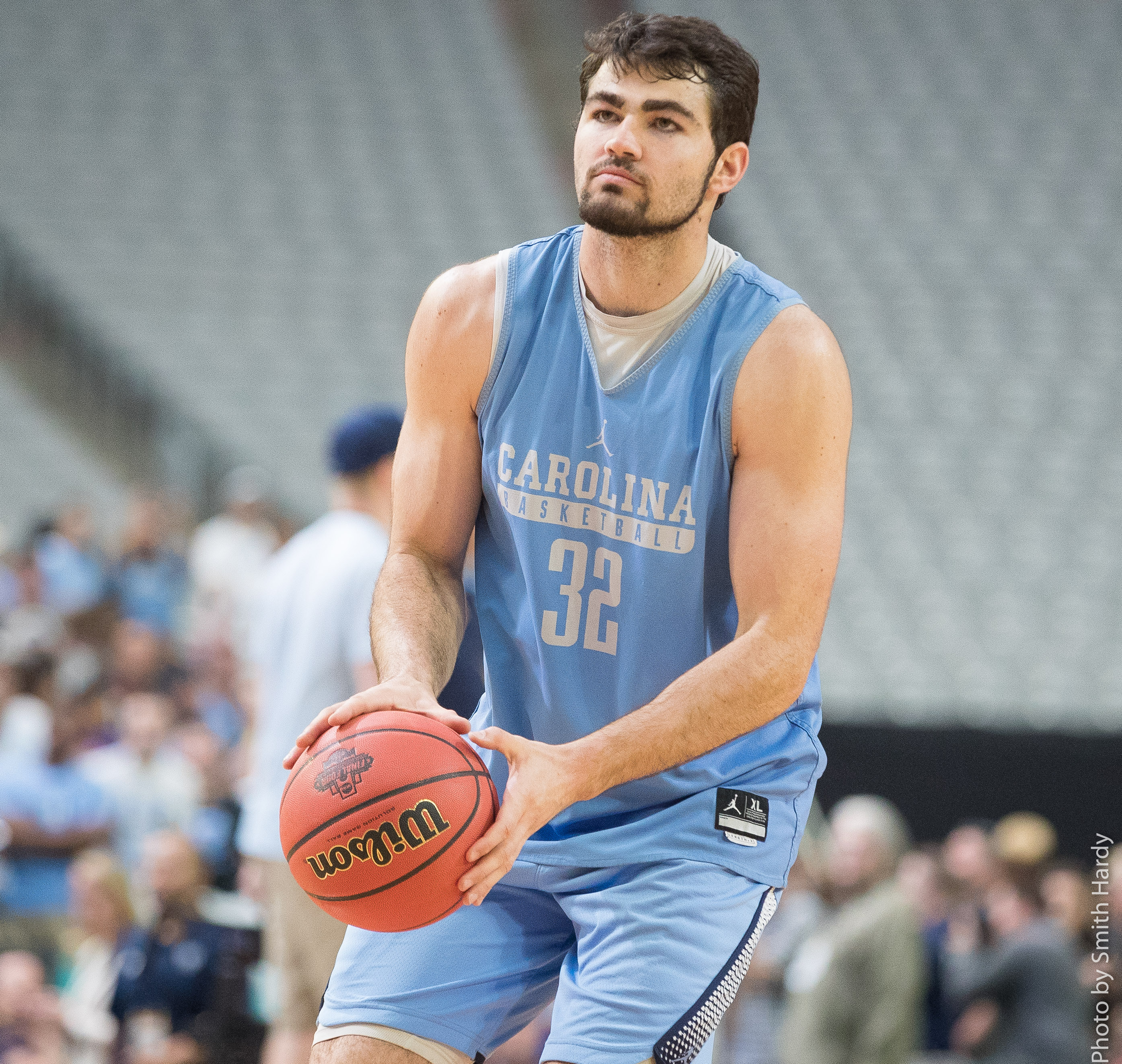 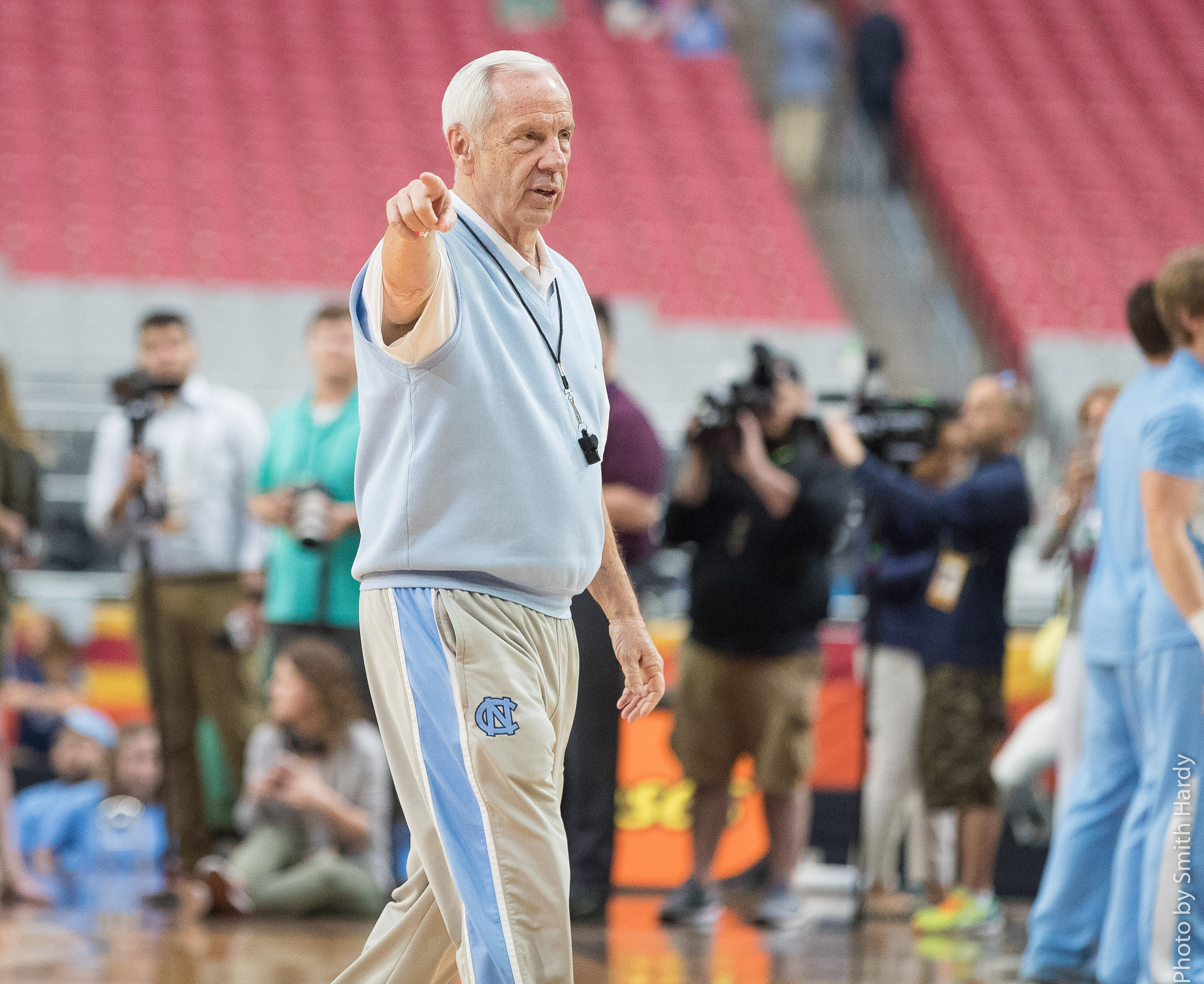 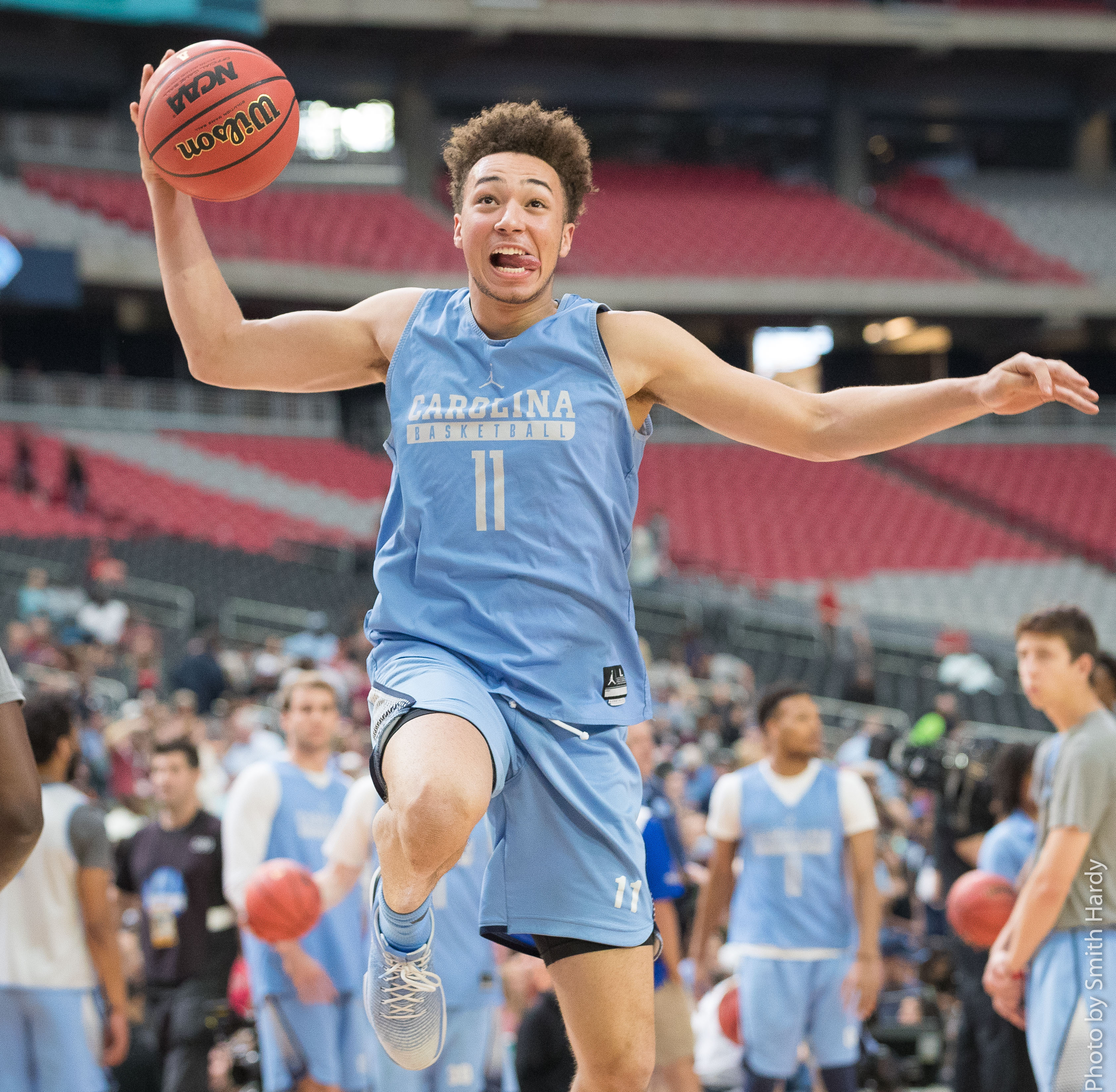 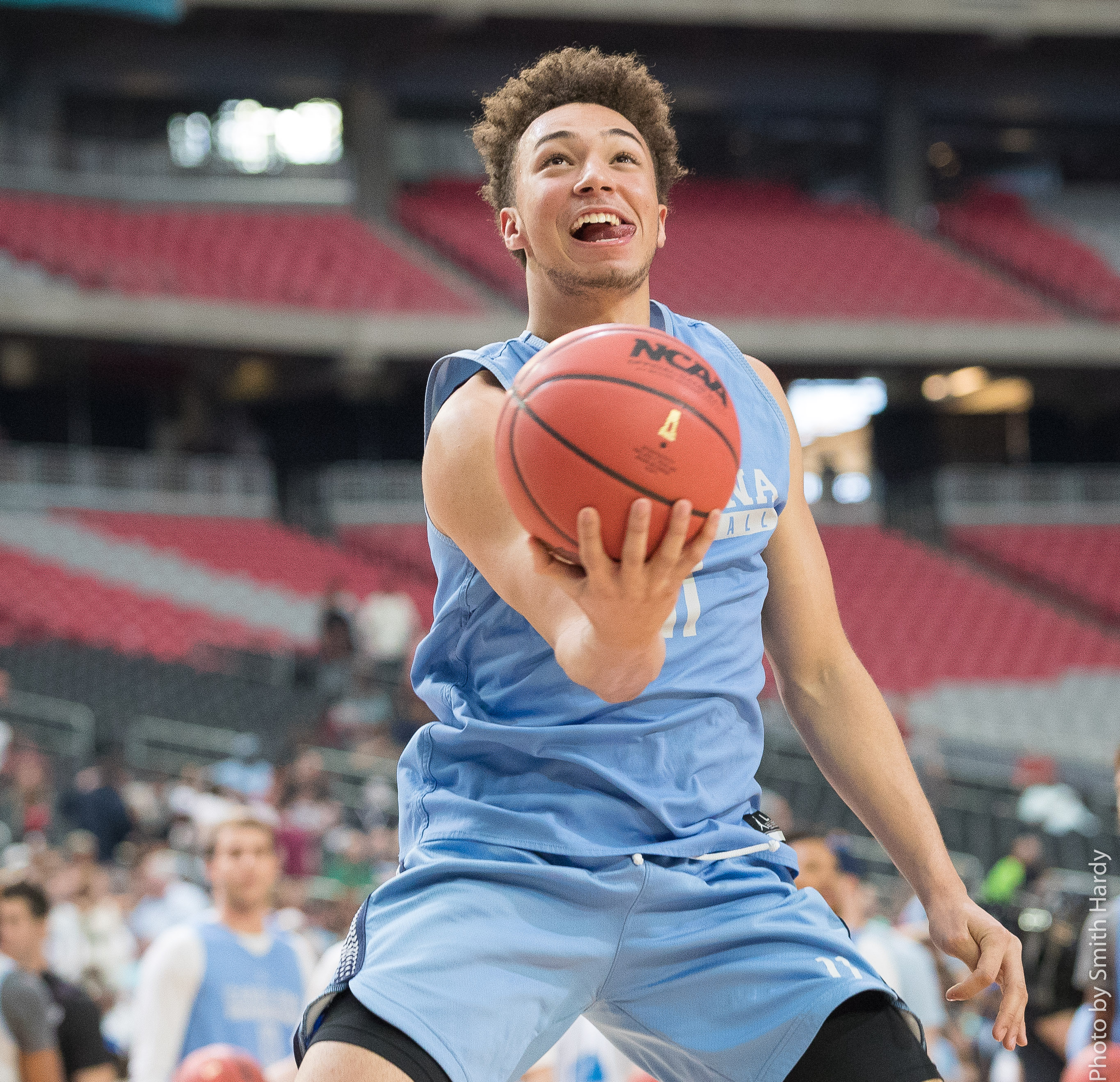 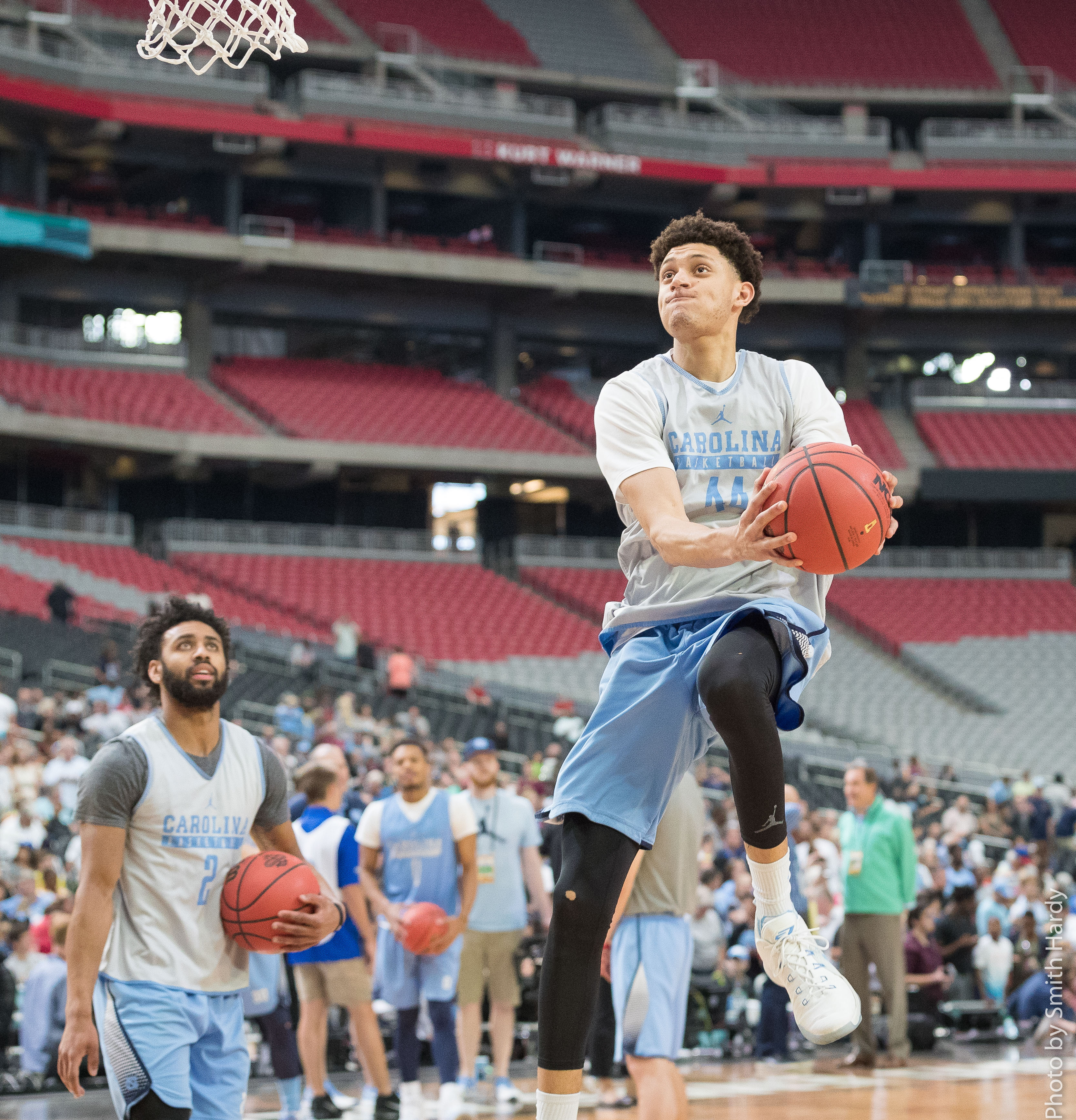 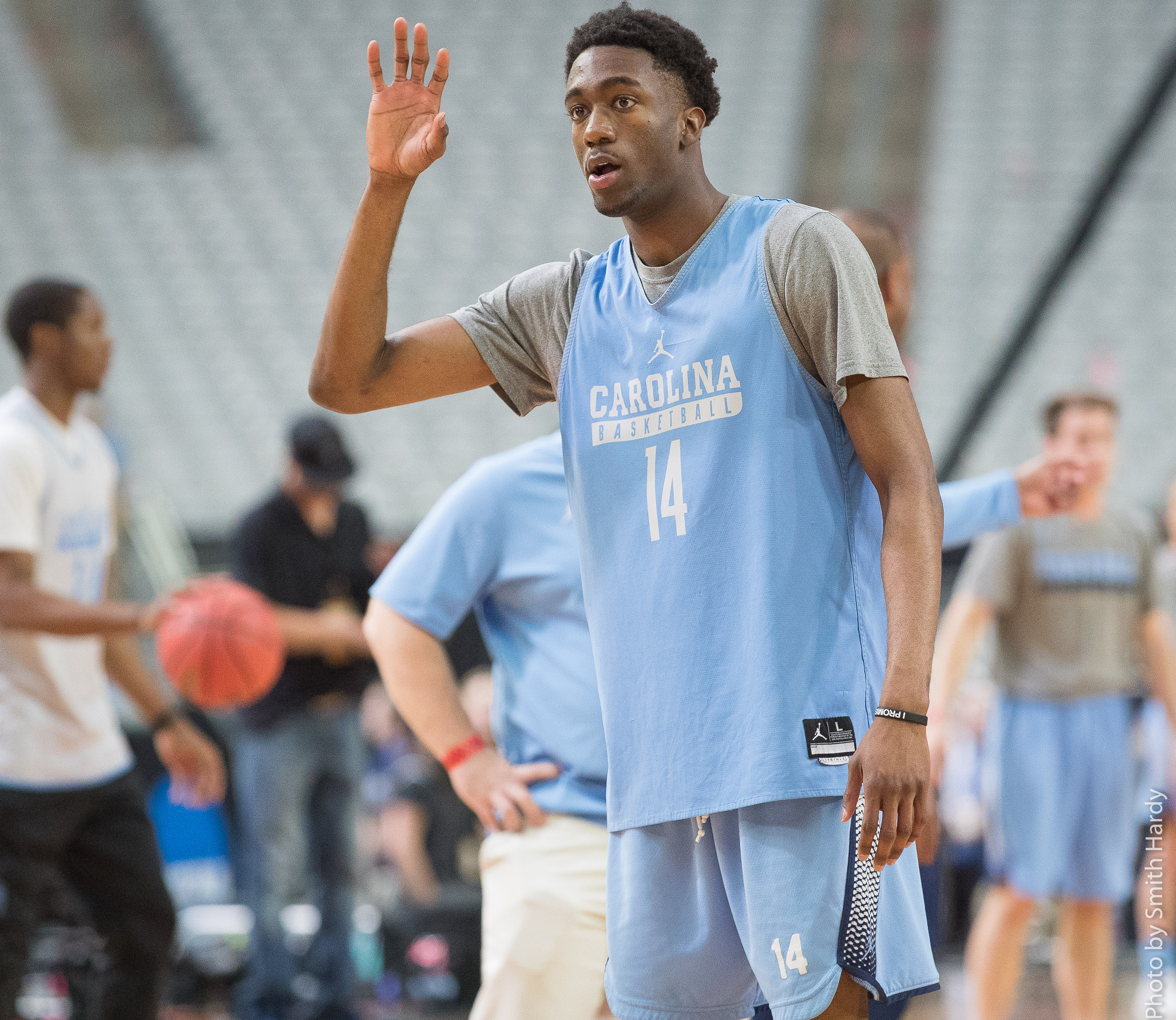 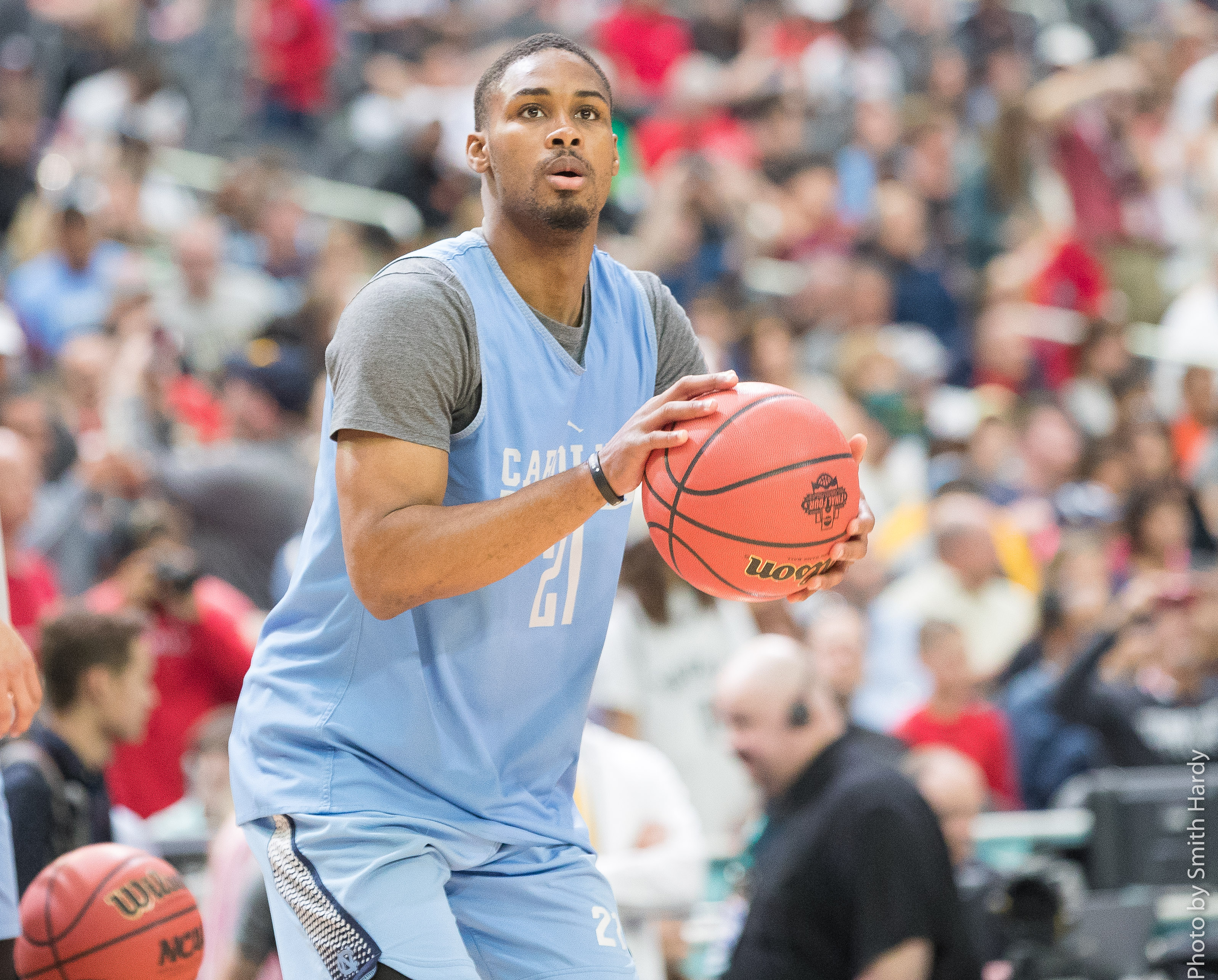 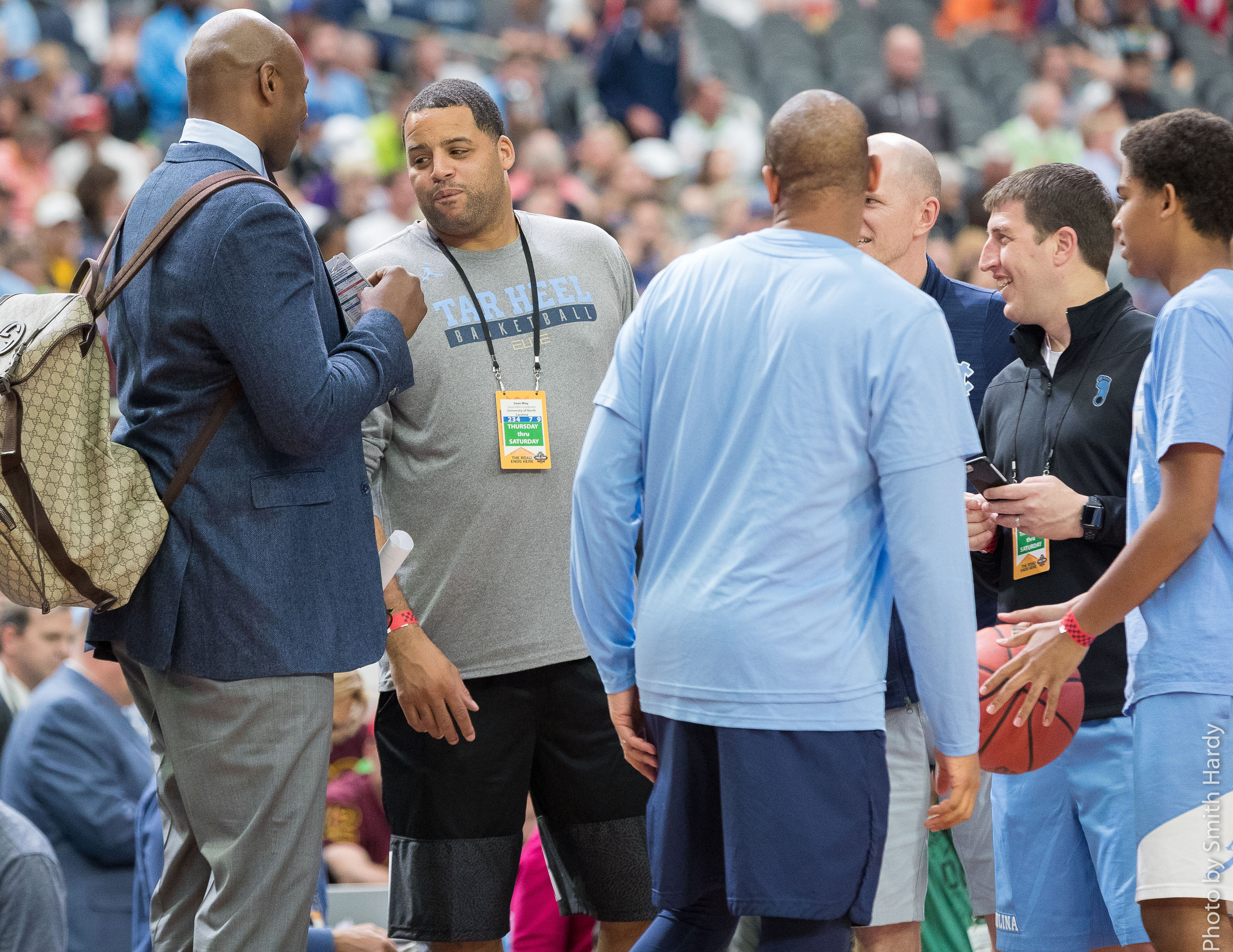 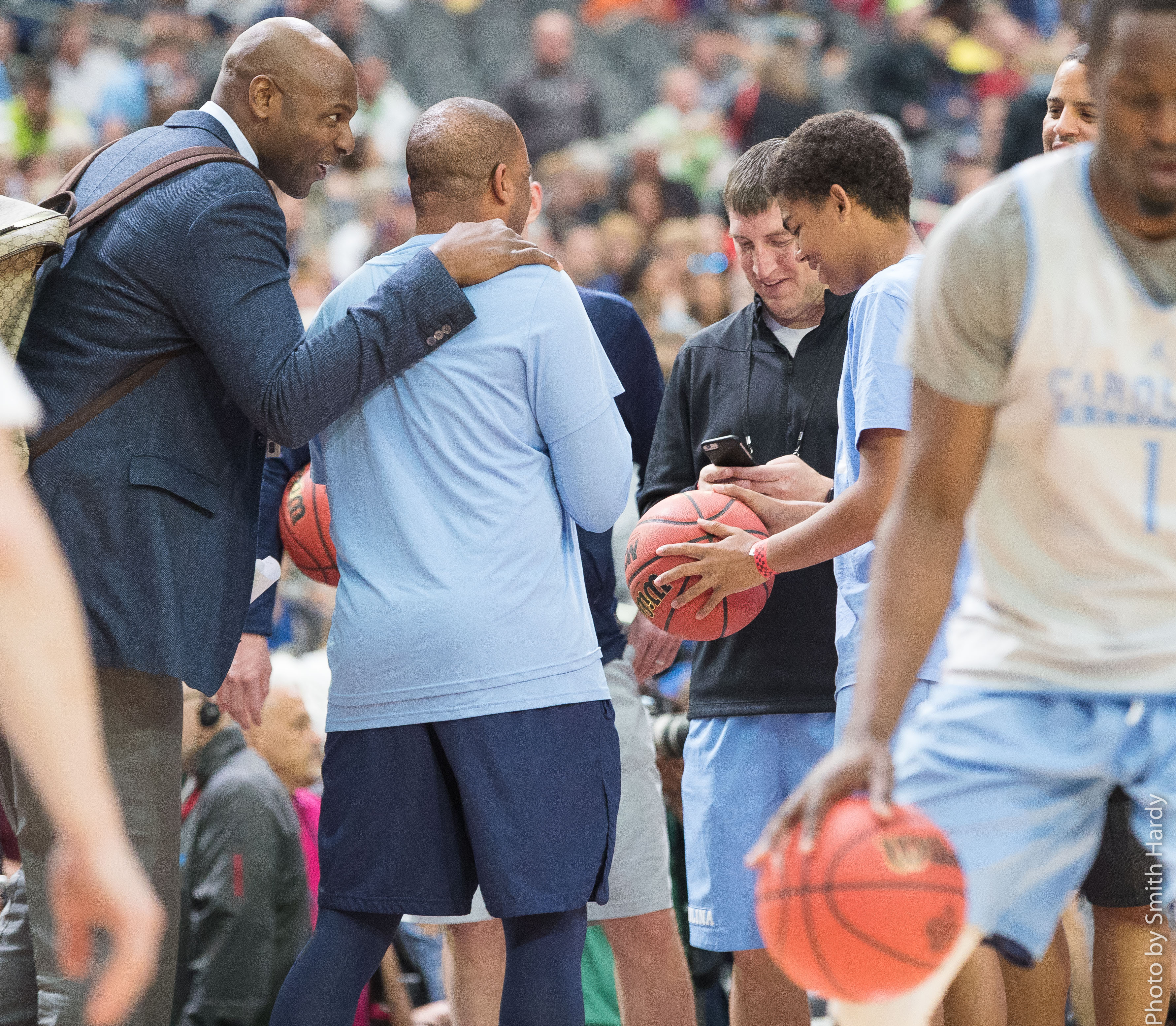 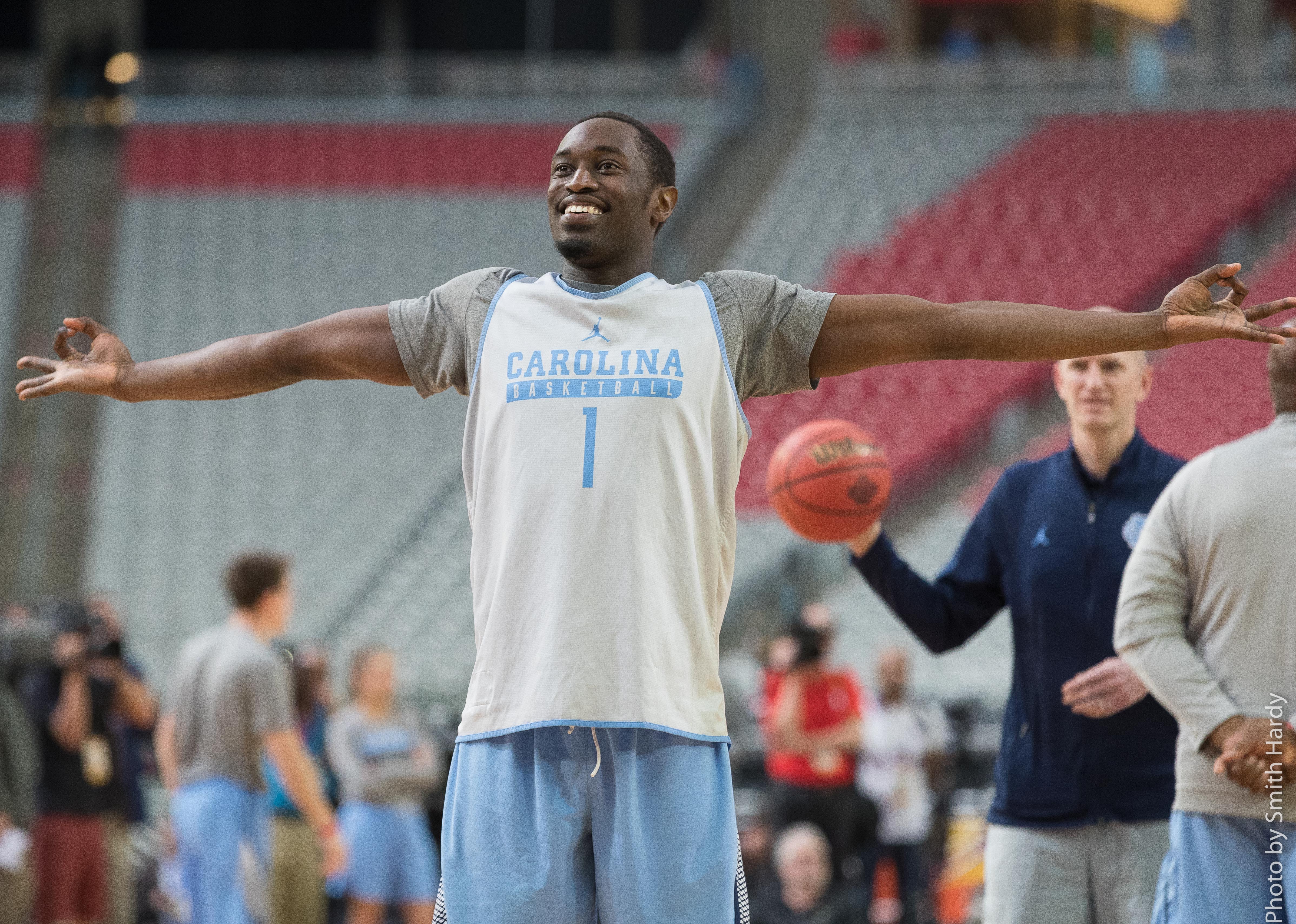 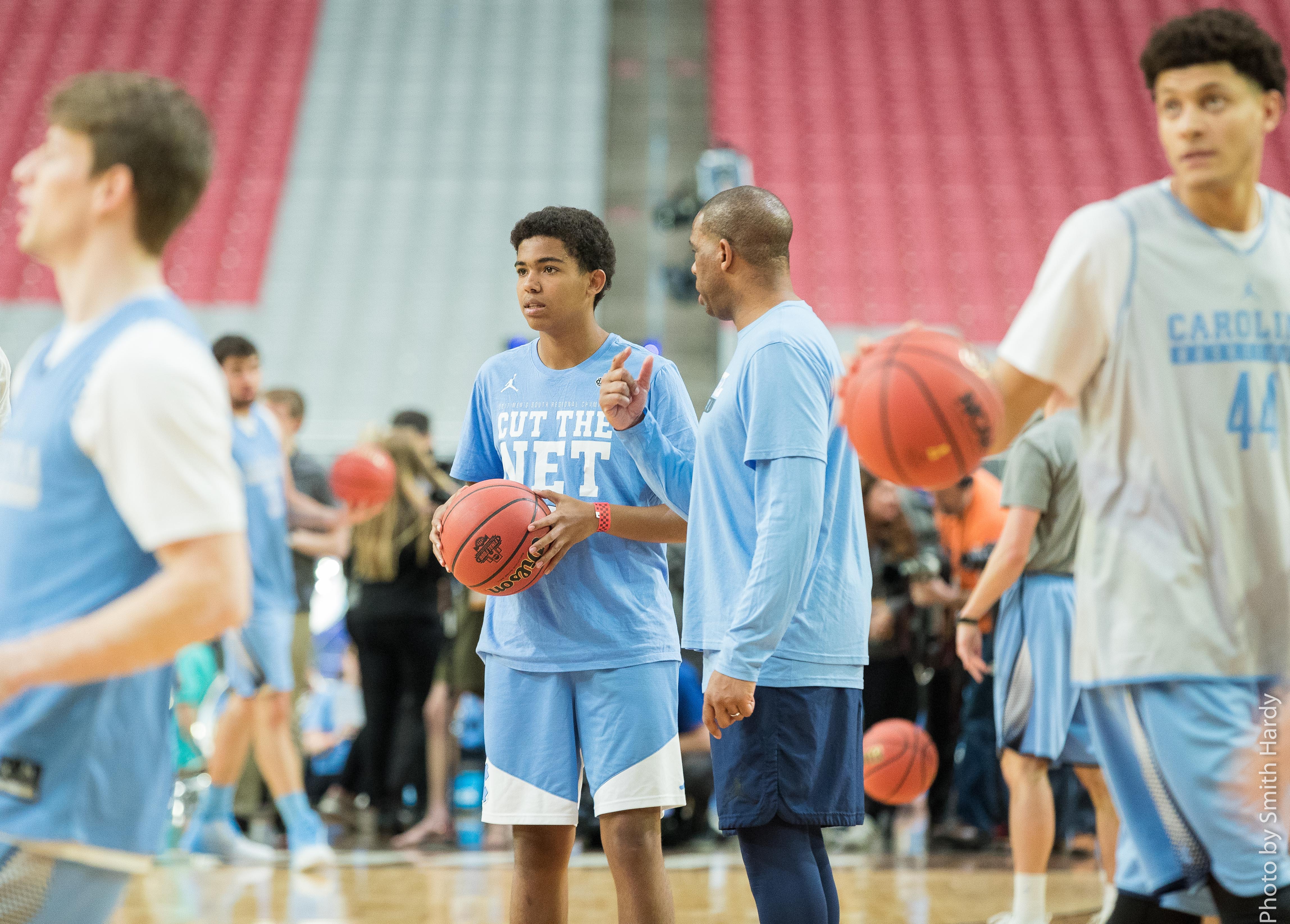 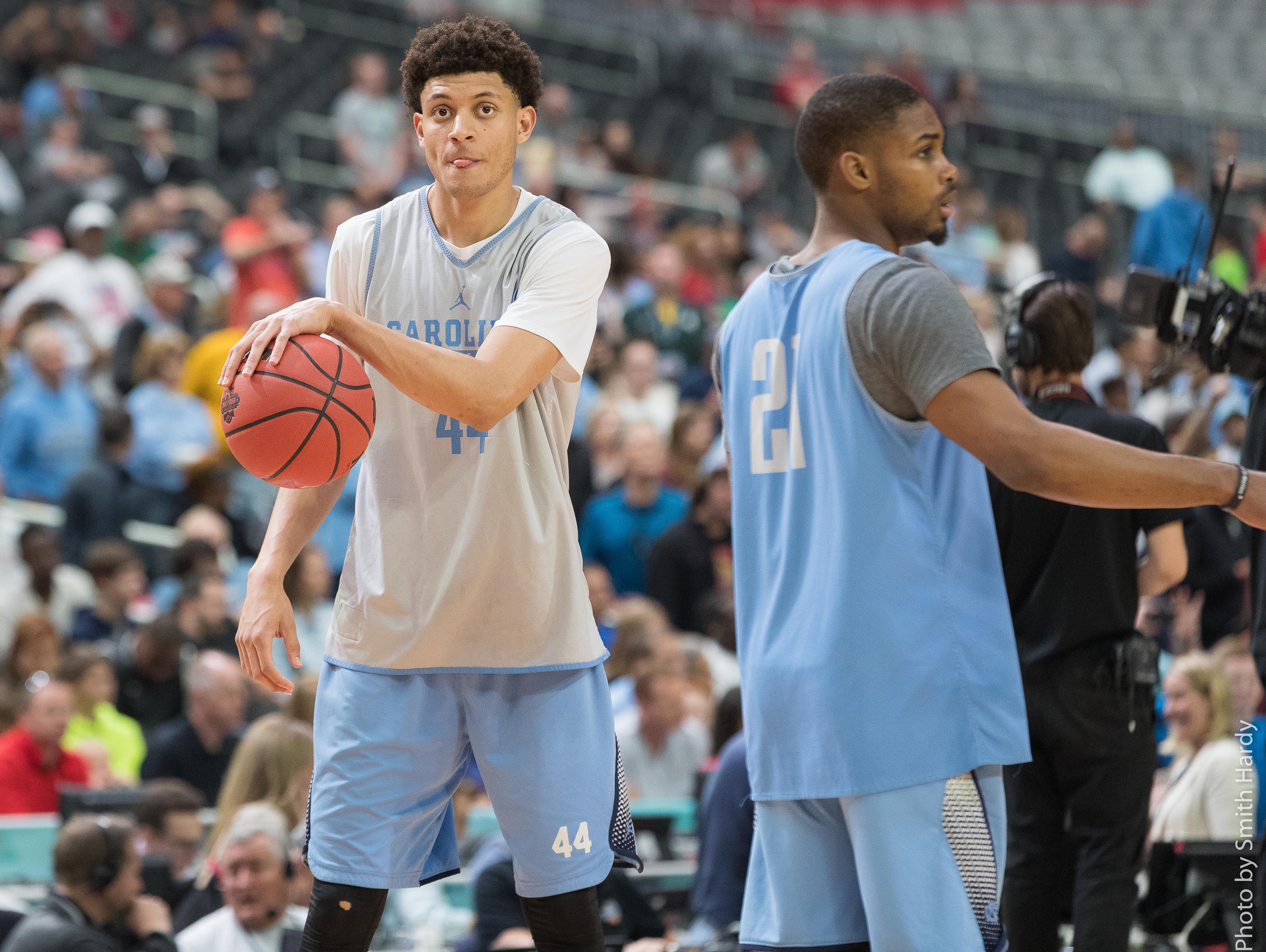 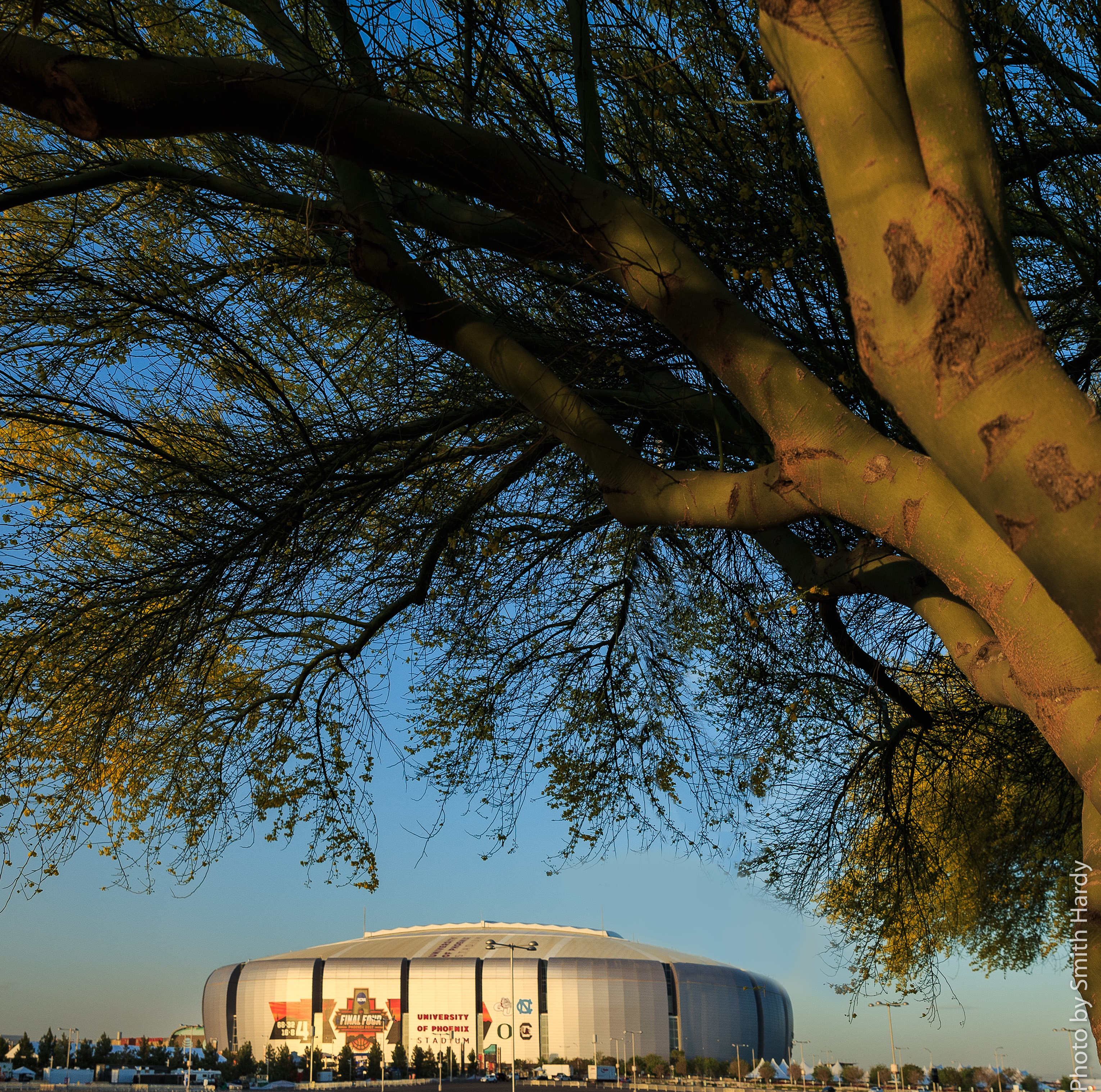 Friday was the day for official practice, meaning a few thousand people would get their first look at what the set-up in University of Phoenix Stadium would look like. You may have heard, but it’s a bit awkward. But 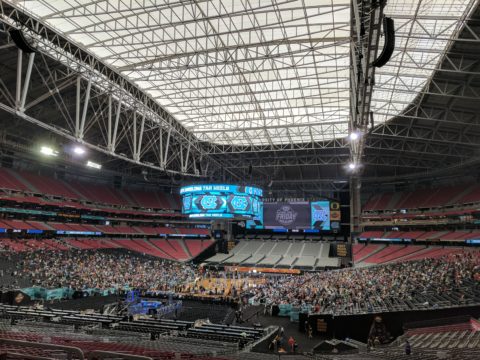 there’s a court down there somewhere

much like you have to walk the grounds at Augusta National to truly appreciate the elevation changes on the course, you have to see this basketball-court-on-an-elevated-stage-in-the-middle-of-a-cavernous-football-stadium configuration to truly appreciate it. There are temporary risers on top of most of the lower level seats. From the deep end zone corners, the court almost disappears. Players have told me this is not the case, but I still believe subconsciously playing on an elevated platform has to affect how they run, jump and land. There may indeed be no more risk of danger in diving into the crowd for a loose ball here vs. in a typical court set-up, but I think in the back of your mind you have to feel a little less at ease running full speed towards a sideline in the Final Four. 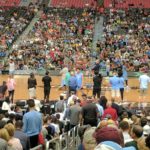 don’t fall off the court

But as we talked about yesterday, the basketball comes second to the event at the Final Four.

Friday was also the day the buzz started coming in. The bars and restaurants around the stadium filled up for the first time, thanks in part to the Coyotes stomping the Stanley Cup-less Washington Capitals in Gila Arena, right next to the football/Final Four stadium. And a lot more team apparel was seen out and about, not only in Glendale but in downtown Phoenix as well. 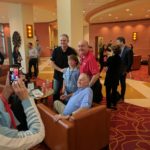 For a college hoops fan, the Final Four is a great place just to walk around. Here is the ESPN set. There is former Georgia Tech coach Paul Hewitt. Here is a kid approaching Dick Vitale in the lobby for an autograph. Cool stuff.

I’ve got nothing to offer in terms of game predictions. Any of the four teams can lose to any of the other. I think Gonzaga, as they have had all tournament, still have the best path to winning the title but I can’t help but hope for a North Carolina-South Carolina final, even if no one else in the world would care about it. CBS would weep over a South Carolina-Oregon final. I’m just trying to get in the games.