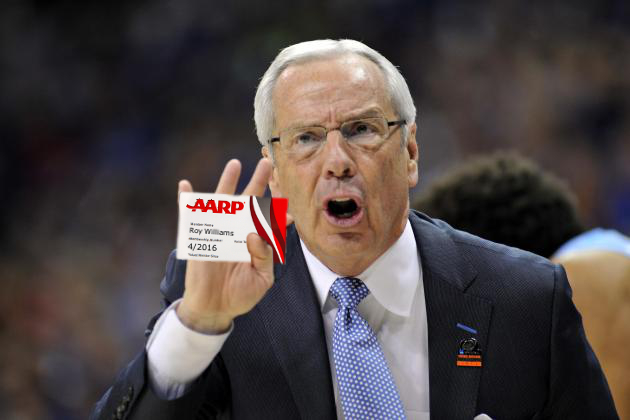 The conversation that spawned the soon-to-be-classic “shorts on backwards” Roy Williams soundbite is an outstanding lesson in how aggregation works, and why it’s terrible for the consumers of sports news. CBS college basketball analyst Doug Gottlieb threw out the nugget of a “widely known” rumor that UNC head basketball coach Roy Williams will retire at the end of the season, and will hand the program over to Hubert Davis. He’s a national analyst, so he’d absolutely know what’s widely known and what’s not, right?

Well, yes and no. I absolutely believe that people all across college basketball are talking about Roy Williams’ imminent retirement at the end of the season. His knees aren’t good. His vertigo is acting up. There’s the whole NCAA mess that, according to Athletics Director Bubba Cunningham, should finally be resolved this Spring. His best players will be leaving campus at the end of the season, and compared to the Dukes, Kentuckys, and Kansases of the world, the guys coming in are going to face an uphill battle in terms of talent. Roy is going to have to retire sometime, and knowing that reality, the end of this year makes a whole lot of sense.

None of that, however, makes it true. But to Gottlieb, sitting behind a desk in a CBS studio, the noise out there in college basketball land gets pieced together into “sources”, and the rumors become the story, like a giant game of telephone. And people will trust the story because it’s CBS. Which is exactly why Roy Williams had to address it following his team’s win against Miami on Saturday afternoon.

How it was brought up is even more enlightening, however. Keep in mind, Roy Williams, flanked by Sports Information Director Steve Kirschner, is in a room full of people who earn a living by covering North Carolina basketball, and they had to bring it up on their own. No questions from the local media about his retirement, or the understanding that Hubert Davis is the next guy in line. The folks who live and breathe Tar Heel basketball weren’t talking about it, and weren’t even interested in it until Williams put on his song and dance for them. But because it was from CBS, and because it’s such a plausible rumor, Williams couldn’t simply side-step the comments. He had to attack them. Smart move on his part.

What’s not clear, however, is which part of Gottlieb’s statement is Roy Williams attacking? It’s a fair question to ask. Just be sure to let the people who cover the team day in and day out provide the answers.

So who will coach UNC next year? We don’t know. But it should be someone from this list:

Roy Williams – Current head coach. Still has many timeouts left to use. No desire to be a doctor or a lawyer. Will frickin’ fight anyone who says he’s tired of competing.

Steve Robinson – Assistant coach and former FSU head coach. Saved the Tar Heels at Boston College. Has appeared with Roy Williams in several UNC sports marketing campaigns which is always a sign of subliminally transitioning us to the new era of UNC basketball.

Mark Turgeon – Current Maryland coach and long time friend to Roy Williams. Recruits well in key geographic areas, and knows the league. Would he want to leave Maryland? Not sure. Would Under Armour outbid Jumpman? Probably. Would be my first call, though.

Shaka Smart – Missed him by a year.

Gene Chizik – Would significantly improve half court defense, but teams would still be able to run the ball fairly easily.