The ACC Tournament bracket is set for this week in Washington DC. 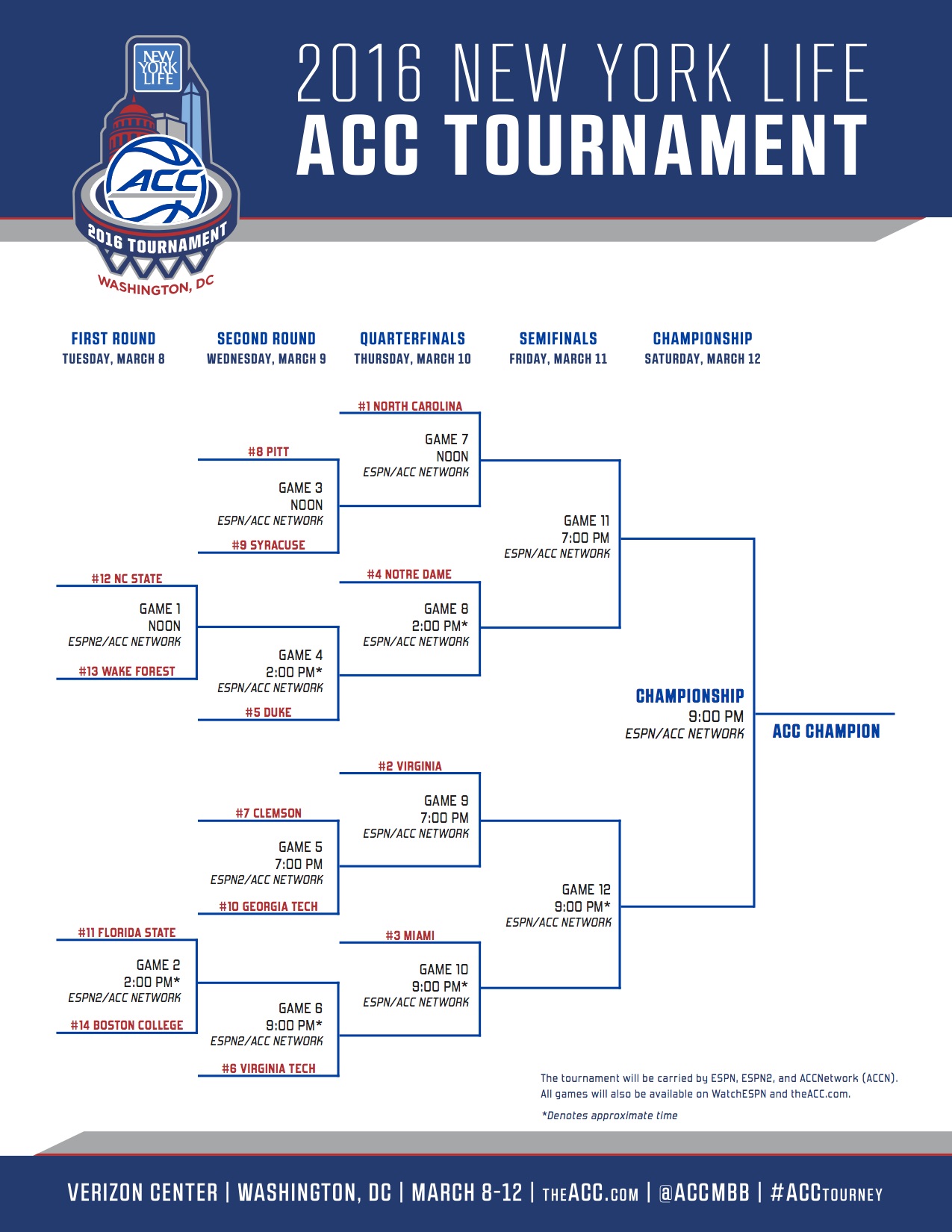 What do the hard working ticket scalpers of our nation’s capital need to happen to keep the lights on and mortgage paid?

1. Have a UNC and UVA final. Being close-ish to Charlottesville and having a team in UNC that hasn’t won any sort of tournament since 2009 would make for many fans flocking to DC on Saturday night.

2. Virginia Tech make it to Friday to play Virginia. The Hokies have a huge fanbase in the DC area and another battle of the Commonwealth would make for a great rubber match on Friday night.

3. Duke play UNC on Friday night. Virginia and Virginia Tech will draw, but coupled with another Duke/UNC game on Friday night would make Friday at the Verizon Center, the biggest ticket since Jordan played for the Wizards probably.

4. Make sure no teams south of North Carolina and no teams north of New York (Boston College) make a deep run.

If there are to be upsets (teams playing on Wednesday and earlier), these are the teams that scalpers would like to see:

Which teams need to exit DC as soon as possible for scalpers?